Two researchers from Indiana University have developed a computer model they say can identify significantly better and less-expensive treatments than can doctors acting alone. If true, this research could have a significant impact on the healthcare system, but at the same time, rises some extremely important questions. 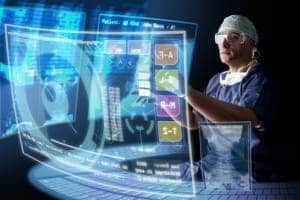 The idea Casey Bennett and Kris Hauser had was simple in its essence: if doctors would prescribe medication using only logic instead of relying on their experience and intuition, they would statistically do better. How much better? They claim a better than 50 percent reduction in costs and more than 40 percent better patient outcomes.

In order to prove their theory, they analyzed “clinical data, demographics and other information on over 6,700 patients who had major clinical depression diagnoses, of which about 65 to 70 percent had co-occurring chronic physical disorders like diabetes, hypertension and cardiovascular disease.” They built what is called Markov decision process – a mathematical framework for modeling decision making in situations where outcomes are partly random and partly under the control of a decision maker.

To be more specific, they simulated 500 random cases and found that their original model improved patient outcomes by nearly 35 percent, but that tweaking a few parameters could bring that number to 41.9 percent. The prescriptions were also 58.5 percent cheaper.

So is this a real thing? Can computers actually prescribe better drugs than physicians? Well, one could argue that a good doctor treats the patient, not the disease, and that nothing can replace a good physician; personally, I agree – I would like it that when it comes to my health, a highly qualified doctor watches over me. But while we won’t be paging ‘Dr. Watson’ or ‘R. Daneel’ any time soon, I would also like it if my doctor double checked with such a program. After all, a doctor can have a bad day, can be tired, or simply not figure out something. The best way, not only for this but also for other similar situations would be a cooperation, taking what’s best from the human mind and from computers.