Anti-tobacco advocates are furious the delay will make the campaign less effective.

Anti-smoking ads, paid for by Philip Morris USA and British American Tobacco, will air on prime-time television for one whole year, starting this weekend. A federal court ordered tobacco companies 11 years ago to advertise the deadly effects of smoking on TV after it was proven that the public was deceived about the dangers of smoking. 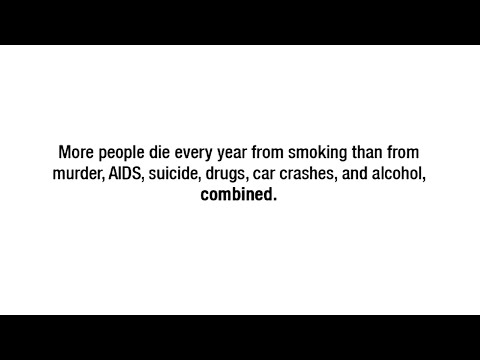 Infuriated by the billions the government spent and continues to spend on healthcare for smokers, the Clinton Administration filed a lawsuit in 1999 against tobacco corporations, which were accused of willfully deceiving the public. ‘Big Tobacco’ eventually lost in 2006 after a federal judge ruled that tobacco companies had “lied, misrepresented and deceived the American public” about the effects of smoking for more than 50 years.

Since racketeering laws didn’t allow the judge to force the companies to pay, they were ordered to publish ‘corrective statements’ in advertisements, but also on the companies’ affiliated websites, cigarette packs, and store branding.

However, it took 11 years for the court order to finally produce results. Since then, television networks and newspapers have lost a huge fraction of their audience, especially youngsters who are more interested in alternative channels, like social media. According to research, 9 out 10 smokers start before age 18, a demographic that is woefully missing exposure to today’s anti-smoking ads. Less than 5 percent of today’s network TV viewers are younger than 25 years, according to Nielsen TV. For this reason, many NGOs have lamented that the huge delay has made the campaign far less effective than it could have been.

The ads themselves — which will air five times per week for a whole year on TV and five times over several months in about 50 national daily papers — are bland black on white text narrated by a monotonous voice, in the case of the TV ads.

Some of the statements include “More people die every year from smoking than from murder, AIDS, suicide, drugs, car crashes, and alcohol combined” or “Secondhand smoke causes lung cancer and coronary heart disease in adults who do not smoke,” and tobacco companies will admit they “intentionally designed cigarettes to make them more addictive.”

Anti-tobacco advocates estimate the whole campaign won’t cost more than $30 million, which is just a fraction of the $8 billion that tobacco companies pay annually on marketing, including print advertising, mailed coupons, and store displays.

Tobacco use is the leading cause of preventable death and disease in the United States, being responsible for 480,000 deaths annually and costing $170 billion in healthcare expenses.