by Mihai Andrei
in Diseases, Health & Medicine, Pollution
Reading Time: 2 mins read
A A
Share on FacebookShare on TwitterSubmit to Reddit

Based on a massive set of data collected from Houston by Rice University researchers, there is a direct correlation between out-of-hospital heart attacks and levels of air pollution and ozone. 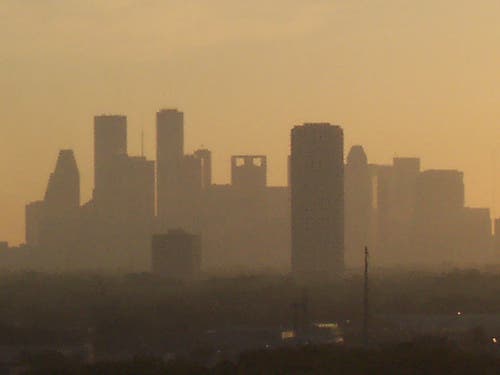 Rice statisticians Katherine Ensor and Loren Raun announced their findings today at the American Association for the Advancement of Science (AAAS) conference in Boston – where all the cool things are happening these days.

The study seems quite relevant in that it analyzed a period of 8 years, studying over 11.000 cardiac arrest cases logged by Houston Emergency Medical Services (EMS). They found that a daily average increase in particulate matter of 6 micrograms per day over two days raised the risk of out of hospital cardiac arrest (OHCA) by 4.6 percent. Researchers also analyzed a number of other factors, including itrogen dioxide, sulfur dioxide and carbon monoxide levels, and found no connection between them and OHCA cases. This is not really new information, just a numerical, statistical validation of what we already knew.

“But this mathematically and scientifically validates what we know,” he said.

The good thing is that Houston is already starting to take measures in the right direction.

Early intervention is absolutely critical. Previous research had already shown that every minute when the victim is left unattended drops survival chances by 10 percent! The thing is, you can try to mitigate and intervene as early as possible – these are not substitutes for air quality! Apparently, this is not something we can, as a society, do at the moment. Emergency intervention is the best to hope for.

“The bottom-line goal is to save lives,” Ensor said. “We’d like to contribute to a refined warning system for at-risk individuals. Blanket warnings about air quality may not be good enough. At the same time, we want to enhance our understanding of the health cost of pollution – and celebrate its continuing reduction.”