by Mihai Andrei
in Animals, Pollution
Reading Time: 2 mins read
A A
Share on FacebookShare on TwitterSubmit to Reddit

It’s a tough period to be a bee – even though it’s fairly clear by now that the massive bee wipe-out is caused by pesticides and fungicides, and even though places where such pesticides have been banned report huge increase in bee health, the world is still not taking steps to save the little insects. To put it bluntly, bee numbers are dropping, and they will continue to drop massively unless we actually do something. To add insult to injury, some bees in France have now made blue honey after eating M&Ms from a nearby factory.

French beekepers have found themselves in an extremely unfortunate position when their bees produced honey in different colors than natural. Since August, beekeepers around the town of Ribeauville in the region of Alsace have seen bees returning to their hives carrying unidentified colorful substances, which they used to create honey of extremely unusual colors. Baffled by this behavior and result, they investigated the cause, trying to figure out what the insects were eating.

Their search took them to a biogas plant 4 km (2.5 miles) away – a processing waste from a Mars plant producing M&M’s, bite-sized candies in bright red, blue, green, yellow and brown shells. The honey, of course, is unsellable – for pretty much the same reason M&Ms should be unsellable – it’s extremely unhealthy. Even though it may taste like normal honey, it’s nothing like it. 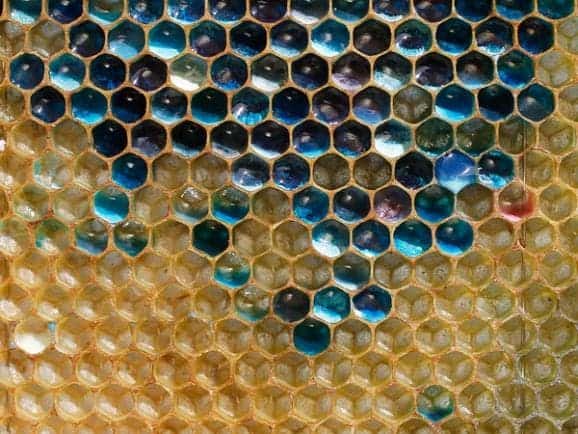 “For me, it’s not honey. It’s not sellable.”- that’s the general idea of beekepers in the region.

The batch of polluted honey makes even more problems for beekepers, creating a financial hole which will be very difficult to fill up.

When contacted, Mars didn’t respond and didn’t make any comment on the situation. Still, Agrivalor, the company operating the biogas plant, said that they weren’t aware of this problem, and they only found out about it when the beekepers did, which is, let’s say, understandable. They claim to be now running an operation designed to stop this problem.

France is one of the largest producers of honey within the European Union, producing some 18,330 tonnes annually. As for this area, Ribeauville is best known for its wine production, but it also produces about 1,000 tonnes of honey per year. It’s still unclear how much of the honey production was affected by M&Ms.