Interpol wants you to help catch the worst environmental criminals

by Mihai Andrei
in Environment, News
Reading Time: 2 mins read
A A
Share on FacebookShare on TwitterSubmit to Reddit

Interpol is launching the first-ever Most Wanted-style list for environmental criminals. This is a milestone achievement because it shows just how serious environmental crimes have become. These crimes include poaching, ivory trafficking and illegal logging – and the list is expected to grow. 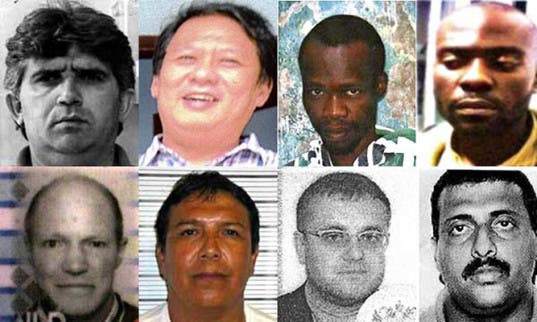 “Until recently, environmental offenses were not even considered a crime by many countries but as the years have passed, they have realized that environmental crime is a serious internal threat to our societies. It involves organized criminal networks which smuggle drugs, weapons and people. If a poacher need guns, for instance, here we have a crossover with arms trafficking.”

The criminals involved are indeed responsible for serious crimes. For example, Ahmed Kamran is wanted for a perverse rendition of Noah’s ark – he smuggled over 100 animals, including giraffes, gazelles, eagles and a secretary bird. He loaded them onto a military plane heading to Qatar; some perished in the travel. Another suspect, Sergey Darminov, is said to have been involved in illegal crab fishing, raking in over $450 million. A third suspected eco-criminal, Adriano Giacobone was responsible for a different crime – the discharging of toxic waste and poisoning water beds. All in all, very serious crimes, with significant environmental and economic damage.

This is a major change; most of the time, environmental crimes aren’t fully recognized, especially as the legislation varies from country to country. But now, with the official involvement and “most wanted” list from the Interpol, maybe things will finally receive the attention they deserve.