Building vertical farms is innovative and can have significant advantages, done properly; but building a vertical farm in the middle of a city... that's just awesome! In downtown Jackson, Wyoming, developers are working on a vertical veggie farm which just might revolutionize urban food growing.

Building vertical farms is innovative and can be really effective, when done properly; but building a vertical farm in the middle of a city… that’s just awesome! In downtown Jackson, Wyoming, developers are working on a vertical vegetable farm which just might revolutionize urban food growing.

At an altitude over a mile high, with snow that can last until May, the natural growing season often lasts only a month. Penny McBride, the project administrator for Vertical Harvest and one of the co-founders saw an opportunity – and she seized it.

“We’re replacing food that was being grown in Mexico or California and shipped in,” explains Penny. “We feel like the community’s really ready for a project like this. Everybody’s so much more aware of the need to reduce transportation, and people like to know their farmer and where food’s coming from.”

Indeed, by growing your food directly in the city you save money (and reduce pollution) on transportation; you also save a lot of time and effort too. Of course, the project was initially met with a lot of skepticism, but Penny and the rest of the team slowly convinced one skeptic after another – including Wyoming Gov. Matt Mead, who approved a $1.5 million state loan for the project on top of the $300,000 grant. 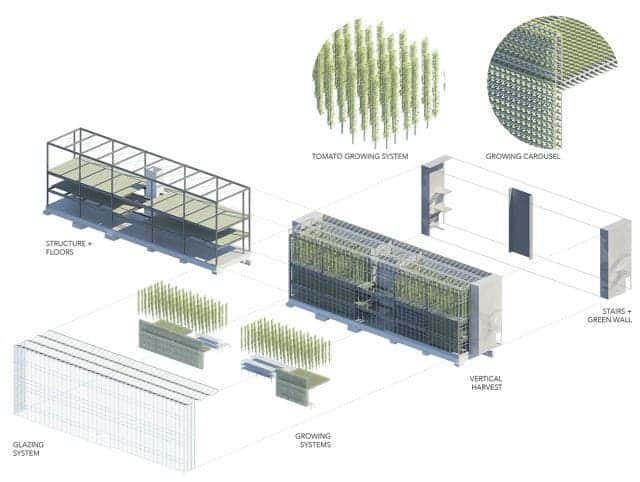 “The people involved in it had such a high level of commitment,” said Mead during a recent tour in Jackson covered by the Jackson Hole News&Guide. “They convinced me.”

The three story-high greenhouse will be growing vegetables year-round in the 13,500-square-foot hydroponic greenhouse. The products will go to restaurants, local groceries and directly to consumers. Growing and consuming food locally can be highly significant in the sustainable development of the area, and that’s exactly what everybody is expecting here. The company will also employ workers with developmental disabilities who have few local options for a job.

“We have a certain number of hours of work and divide it up based on ability, desire, and skill,” explains Nona Yehia, the architect of the vertical farm and one of the company’s co-founders. “The job is developed based on how many hours someone wants to work and can work.” 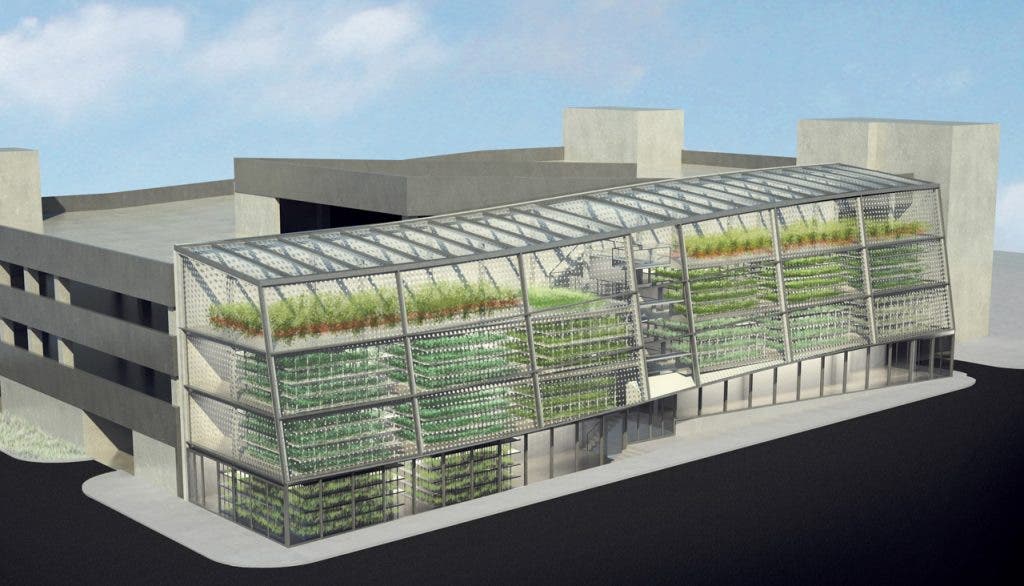 In terms of efficiency, Vertical Harvest estimates that with one tenth of an acre, they will produce the equivalent of 5 acres of traditional agriculture. Recirculating water will dramatically increase efficiency and artificial lighting will be necessary in the winter – but this will also mean extra costs and energy requirements. The total consumption per year is estimated at 312,000 kWh. However, the greenhouse should be able to crank out over 37,000 pounds of greens, 4,400 pounds of herbs, and 44,000 pounds of tomatoes. 95% of the first harvest is already contracted for delivery to local restaurants, groceries and a hospital, and while this will only cover a fraction of the city’s needs, it will provide jobs, healthy food and an architectural breath of fresh air to Jackson.

“It’s a feel-good story, which is why so many people were partnering with us from the beginning,” says Yehia. The team plans to open the farm early next year and will harvest the first crops a few months later.