Australian government: ‘It will take 1.000 years to stop climate change, so why bother ?’

by Mihai Andrei
in Green Living, Pollution
Reading Time: 2 mins read
A A
Share on FacebookShare on TwitterSubmit to Reddit

Now that’s a taste of politics from the land down under; some Australian officials are condemning carbon and pollution taxes, argueing that since it will make a difference only after a thousand years, we shouldn’t bother at all. Here’s their statement:

“It will not make a difference for 1000 years,” the Opposition Leader told parliament. “So this is a government which is proposing to put at risk our manufacturing industry, to penalise struggling families, to make a tough situation worse for millions of households right around Australia. And for what? To make not a scrap of difference to the environment any time in the next 1000 years.”

Typical political manipulation ! This is wrong in so many ways, I don’t even know where to start. Probably the best thing to explain first here would be that if carbon emissions stop, or significantly drop, we may have to wait another 1.000 years before temperatures drop again, but temperature will stabilize at a livable level, instead of going towards a future that no one can predict, but isn’t going to be pretty. 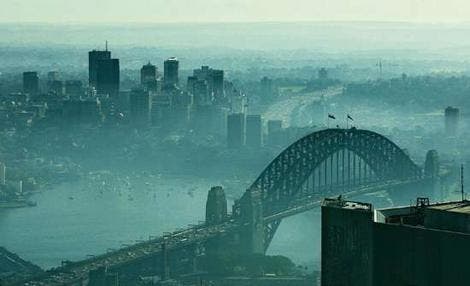 Also, it’s not only about carbon emission, but also finding alternative energy sources, with oil and coal running lower and lower each year and becoming more and more expensive. Also, even a slight increase in temperature has massive worldwide effects, showing a butterfly effect development. So don’t allow yourself to be fooled by mascarades such as this, and don’t take the easy way out. We all live on the same planet, which will be just fine billions of years from now; but life on this planet we call Earth, that’s what we’re threatening.