Uranium mining near the Grand Canyon set for debate

by Tibi Puiu
in Environment, Environmental Issues, World Problems
A A 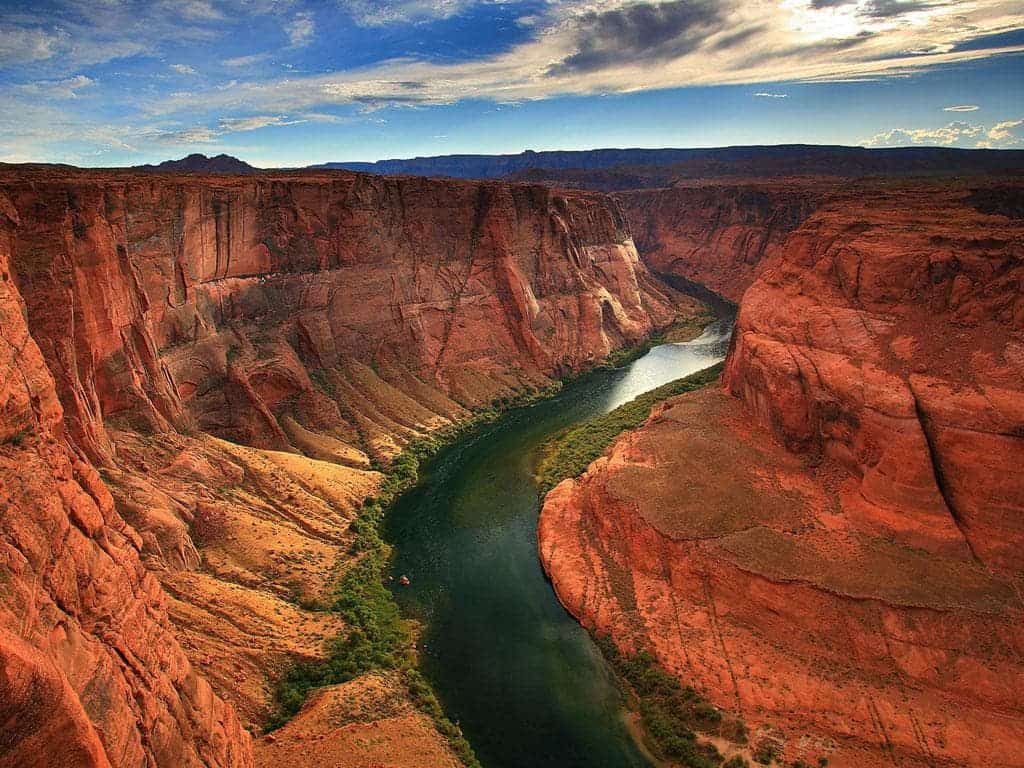 The Grand Canyon area is a veritable national symbol for the US, and nature alike. Its frightening, yet brilliant view of the surroundings canyons and boulders makes for a unique sight in the world, which is why millions of visitors flock towards it every year. The site, apparently, also holds one of the richest uranium ore deposit in the continent, which mining companies intend on exploiting. If operations would to commence, however, a severe risk of pollution in the area, especially fresh water contamination of the Colorado river, might be at stake.

The whole situation seems extremely tense, especially pollitically-wise. A million acres of land near the Arizona strip were declared mining prohibited this past June, however a new bill called House Resolution 3155 led by republicans is intending to lift the prohibition and allow mining operations on a 40 miles long, 40 acres wide area in Arizona, near the Grand Canyon.

Democrats soon picked on the bill, as soon as it entered Congress, citing the mining will pose extreme hazards for water sources downstream. On the Huffington Post blog last week, former Florida Congressman Alan Grayson claimed that at the uranium mine near the Colorado River in Utah, “16 million tons of radioactive debris have been produced, and that taxpayers are spending $720 million to move that radioactive debris away from the river.”

The republicans have a counter-point, though. The Mojave county, the area on which supposed uranium mining would operate currently has an unemployment rate of 11%, toppled by whooping 52% among the Native Americans living the Navajo reservation.  A study done by the American Clean Energy Resource Trust, called the Economic Impact of Uranium Mining on Coconino and Mohave Counties, found that mining banning would cost the county alone $40 million.

“…1,000 new jobs will be eliminated, $2 billion in federal and state corporate income taxes will never be paid, and over $175 million in taxes and fees will be lost to local governments,” said Mohave County Supervisor Buster Johnson in a testimony before Congress this fall.

U.S. currently imports 90 percent of the uranium needed to operate our 104 nuclear sites, but this could change if the nation had enough raw material of its own, like the 375 million pounds of uranium estimated in the Grand Canyon area. Republican Trent Franks officials, who actually led the proposition for H.R. 3155, cite that the Bureau of Land Management, the U.S. Geological Survey, and Arizona State University studies have shown no threat to the surrounding water supply by mining this uranium.

“This shameful effort by the Obama administration is a step precisely in the wrong direction for the American economy, making the U.S. even more dependent on foreign powers and potentially creating a serious national security threat going forward,” said Congressman Franks.

Both sides have extremely valid points, and maybe the only way to tell what’s the best decision to take is to understand where the greatest wrong could come from. Around 10 million visitors come to the Grand Canyon every year, and approximately 27 million more depend on the water supply of the Colorado River. If it gets contaminated, the billions of dollars saved by the government will be worthless.

Meanwhile the H.R. 3155 seems to be at a stalemate, and might remain so for long time.