by Mihai Andrei
in Environment
Reading Time: 4 mins read
A A
Share on FacebookShare on TwitterSubmit to Reddit 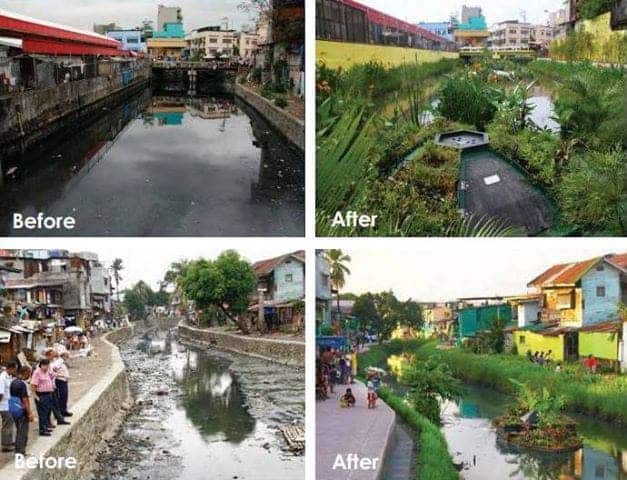 I’ve received lots of questions about this picture which we posted on our Facebook a few days ago (we sometimes post things only there, so be sure to follow us for the full ZME experience). The picture describes the ‘Before and after’ stages of bioremediation in Manila, the capital of Philippines; in this article, I’ll try to run you through the ABC of bioremediation.

To “remediate” is to fix (or at least improve) a problem – and therefore, to bioremediate is to fix a problem (usually environmental) through biological organisms. Typically, the problem is contaminated soil or water (including groundwater), and the solution usually involves microorganisms (microremediation), fungus (mycoremediation) or plants (phytoremadiation), which are called bioremediators.

In the Philippines, they used a plant called jatropha to rehabilitate pollutants in metal-filled land as in an abandoned mine site in Mogpog, Marinduque. Jatropha is also one of the best plants for developing biofuels, is resistant to droughts and pests, and produces seeds containing 27-40% oil.

“Jatropha can be grown in an abandoned mine area provided that soil amendments (growth enhancers) are applied. It’s long been known to be highly resistant to aridity. It can even survive in deserts,” according to a study by Asuncion K. Raymundo of the Institute of Biological Sciences (IBS) – University of the Philippines Los Baños. 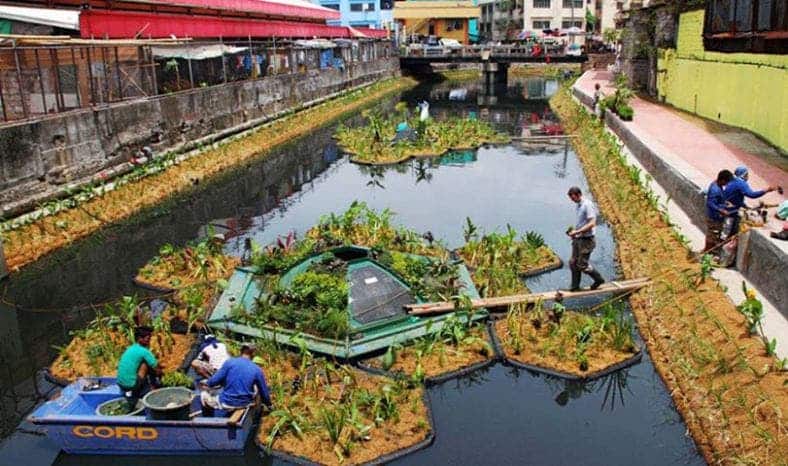 In a natural, sustainable environment, plants, bacteria, fungi and other organisms are living together, absorbing nutrients. When an organic polutant (such as oil, for example) contaminates the soil or water, some organisms will falter, while others who can absorb the substance, will thrive. Bioremediation works by providing these pollution-eating organisms with fertilizer, oxygen, and/or everything else they need to thrive and eat up the pollution. 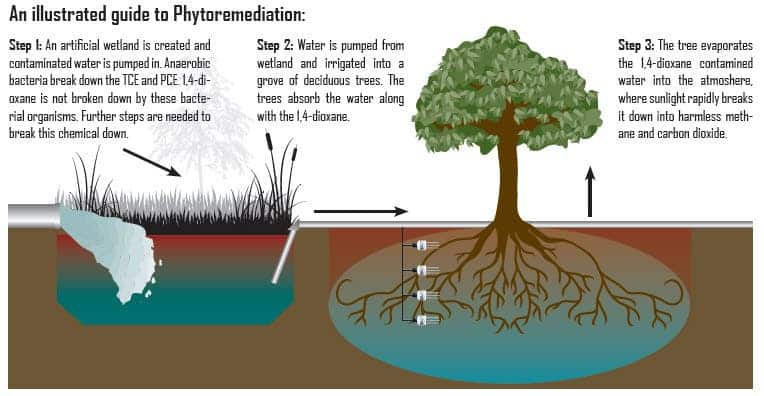 This is a relatively new technique, and of course, it can’t be applied to every situation. For example, microremediation doesn’t work with sites with high concentrations of chemicals that are toxic (such as cadmium, led or chloride). However, newer alternatives are always developed – for example, fish bones have shown a remarkable capacity of absorbing lead from contaminated soil.

There are two types of bioremediation – one in which organisms which are already existing in the site are encouraged to thrive (provided with whatever they need), or, the rarer, case, where entirely new organisms are brought in.

The Philippines are among the countries which have used this method the most, with notable successes; some of their projects include: a mapping of heavy metal contamination in a mine in Surigao del Norte, composting technology for abandoned mine sites, use of microbial biofilms for rehabilitation of heavy metal contaminated wastewater and bioremediation through phytomining in ultramafic terrains using nickel hyper-accumulators (HPAs). A paper discussing the project from the picture can be found here.

Advantages and limitations of bioremediation 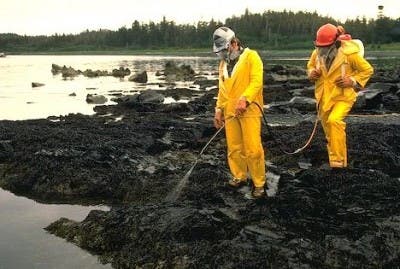 There are a number of cost/efficiency advantages to bioremediation, which can be employed in areas that are inaccessible without excavation – most notably in oil spills. It’s cheap, and can be used in inaccessible areas; it’s also (if applied correctly) an eco friendly method, and one which can fix the problem faster than traditional method. Furthermore, when dealing with plants which absorb heavy metals, the biomass can then actually be used, either to gather energy, or to actually extract the metals.

The main disadvantage is the applicability, which I already talked about above. Another not really disadvantage, but rather complication, is the fact that a thorough, detailed study is required before using bioremediation, or you can end up doing ore harm than good, or spending resources and time with no result whatsoever. Increasing our understanding of the different natural systems and regulatory networks and their interactions with particular compounds, will certainly accelerate the development of bioremediation technologies and biotransformation processes.