The oldest and thickest Arctic ice seems to be vanishing much faster than the younger, thinner ice at the edges of the Arctic ocean. 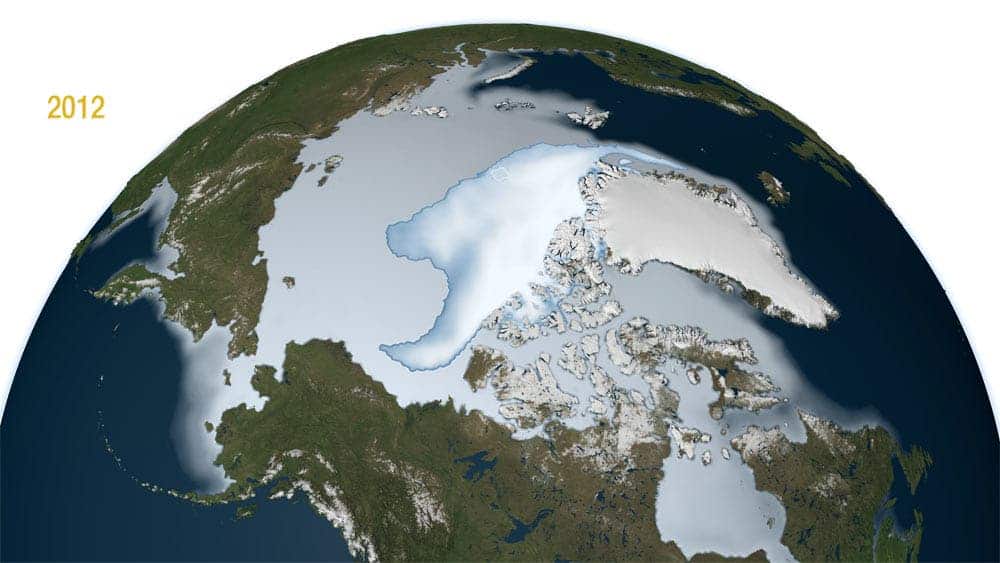 The bright, white snow mass from the center is the perennial ice sea, which has survived for at least one year, while the larger, light blue area shows the full extent of the snow. Typically, the thicker multi-year ice survives longer while younger ice melts as quickly as it formed, generally at the end of the winter, and this is what makes this find seriously worrying: when the thicker ice starts melting faster than the younger one, you know something bad’s happening.

Joey Comiso, head of the research and senior scientist at NASA Goddard Space Flight Center, Greenbelt, Md. wanted to see how the multi-year ice developed and changed over the past three decades. Their study concluded that the extent of multi-year ice is shrinking at a rate of 15.1 percent per decade.

“The average thickness of the Arctic sea ice cover is declining because it is rapidly losing its thick component, the multi-year ice. At the same time, the surface temperature in the Arctic is going up, which results in a shorter ice-forming season,” Comiso said in a NASA statement. “It would take a persistent cold spell for most multi-year sea ice and other ice types to grow thick enough in the winter to survive the summer melt season and reverse the trend.”

Multi-year ice hit its record minimum (in the ‘human era’) in the winter of 2008, when the ice was reduced to about 55 percent of its average extent since the late 1970s, slowly rising, but then hitting its second lowest extent ever in 2012.

In order to get to these conclusions, researchers analyzed data collected by NASA’s Nimbus-7 satellite and the U.S. Department of Defense’s Defense Meteorological Satellite Program to create a time series of the multi-year ice evolution.