Pets don’t have to die to be miserable

An in-depth look at how humans can make their pets suffer -- often, unknowingly.

by Nehal Johri
in Animals

Animal researchers are heavily criticized for using animal models, despite the fact that they undergo extensive training to understand and respect them. What is often overlooked, however, is that any individual is free to purchase a pet without training of any kind. Here’s a critical look at the double standards employed in Germany (one of the world’s leaders in animal rights) to address animal welfare in pets and in research. 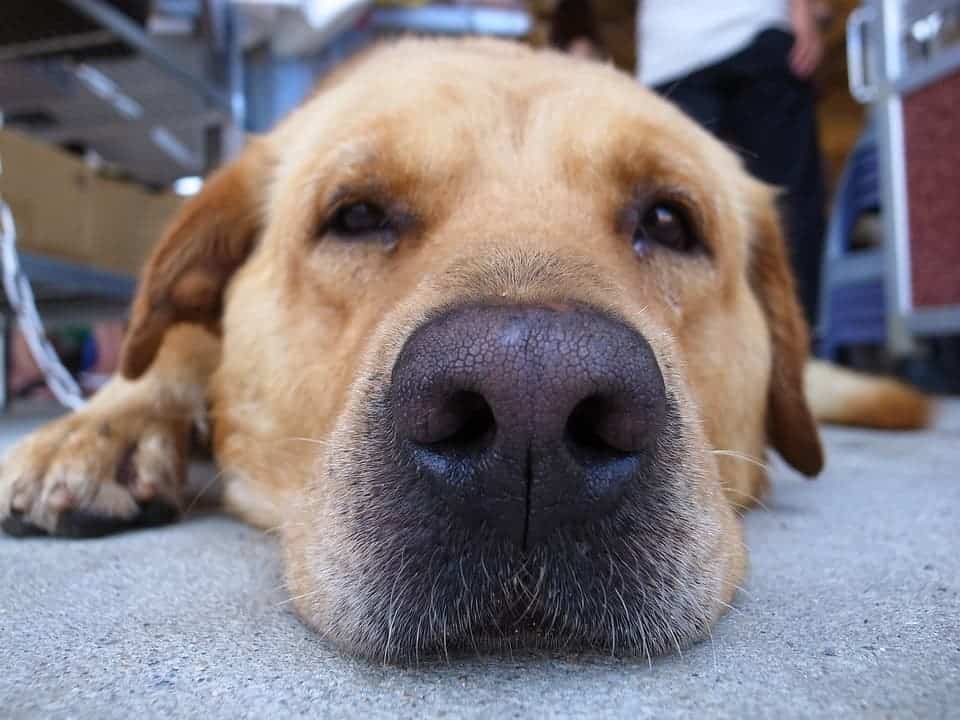 It is mandatory in Germany to obtain a license to do animal experiments. It requires learning the behaviour and livelihood for many species, directives of the Animal Welfare Act, and discussions of the philosophical viewpoints behind animal experimentation. The Federation of European Laboratory Animal Science Associations (FELASA) has accredited several courses to this end in Europe and beyond. It covers the most widely used species of vertebrates – namely cats, dogs, fish, mice, rats, rabbits and zebrafish – and the lesser used primates.

Non-human primates (NHPs), in particular, present a more cautious end of the spectrum due to their close lineage with humans. Which means that the laws get more stringent, and so does the training of the researchers: A very critical aspect of the training occurs after the FELASA license is earned, by assisting in-house experts for 3-6 months in the animal facility. It slowly prepares you for the jungle out there.

The gates of all animal experiments are guarded by preventive prohibition, implying that in principle animal experiments are not allowed. When they satisfy certain legal preconditions and gain approval from competent authorities, they are permitted to occur. An inviolable requisite for approval is the certified training of all personnel.

It is interesting to contrast such crucial licenses for animal experimentation with a non-existent license for buying pets. While the responsibility of the life of an animal is undertaken in both cases, the legal requirements are shockingly disparate. In my mind, the incongruence didn’t add up. So, I returned to the law.

According to Section XII Article 17 of the Animal Welfare Act, any person can be sentenced to up to 3 years of imprisonment when found guilty of killing a vertebrate without good reason, or of causing considerable pain, or repeated suffering.

Anyone. Regardless of background, gender, age, and training, anyone can be a criminal at the offense of harming a vertebrate. Yet the difference in training is distinctly huge.

The Hundeführerschein, or dog driver’s license, offers slight respite. It requires dog owners in Germany to attend a short practical and theoretical test to prove their competence, by demonstrating (among other things) that they can successfully walk their dogs without any danger to humans and other dogs. Ensuring social safety is a key aim here.

But since Germany lacks a nation-wide policy for such pet licenses, each of the 16 Bundesländer follows different rules. While it is mandatory for all first-time dog owners in Lower Saxony since 2013, some states (Hamburg and Saxony) require them only for the ownership of particularly vicious breeds, or “Kampfhunde”, and in some is voluntary (Berlin) – as reported by UrbanDog.

The license also overlooks other members of the family who may interact with the dog and is further fully absent for other animals. No individual in research is permitted to handle an animal without procuring their own license. While one may argue that interaction with animals in a research facility is more likely to cause suffering, it begins to shed light on a paradox: that animal welfare is measured across completely different scales for pets and for animals in research.

Professor Franz-Josef Kaup agrees vehemently. As an accomplished Veterinary Pathologist, he has served over the past 25 years in the capacities of deputy to the scientific director, head of primate husbandry and Animal Welfare Officer at the German Primate Center, a research institute in Göttingen. “There are different regulations for the same animals depending on their use!” he says. “Life is different for canids (dogs) in private households, in zoological gardens, and in laboratory facilities. Keeping of certain nonhuman primate species in labs differs from keeping in zoos. Pigs in farms, zoos, labs: completely different scales!”

These scales are unjustifiably imbalanced. Animal research does cause suffering and that is precisely why it is tightly controlled, and each individual highly trained. But it does not discount the fact that pet owners hold a basic responsibility for the care and handling of their animals, too. Proper care arises from the knowledge of animal behaviour. For that, a standard education system for pet owners needs to exist.

For the sake of perspective, let’s take a look at the statistics: Germany used about 2.8 million animals for scientific research in 2016 while a whopping 35.9 million animals were housed as pets. These are the latest figures available. Considering that 44% of all German households own at least one pet and that there are 13 times more pets in Germany than animals in scientific research, it is clear that a much more widespread interaction with animals occurs as pets.

Yet these numbers have parried the need for any license.

Animal abuse is not always obvious

Germany holds high standards for the ethical treatment of all its animals (check your country’s status here). In fact, Germany was the first country in the European Union to include animals in its constitution and declare their protection a national goal. But all abuse is not as conspicuous as it may seem and can occur in the smallest of ways. This becomes particularly tricky when trying to uphold species-specific behaviour, which according to the Animal Welfare Act is a key requirement for the well-being of an animal.

The only cases in which these norms can be violated is if it yields scientific knowledge, helps in conserving the species or beholds medical value. Pets do not satisfy any of these conditions. They are, without doubt, beheld with the interests of companionship, therap,y and refuge. A few examples of such abuse are outlined here.

Vegetarian pet owners sometimes prefer to convert their pet’s diet – and there is meager evidence to support the healthy sustenance of a vegetarian, or even vegan, diet for cats and dogs. Dogs are omnivores, so it might be less unnatural to tip the scales towards a plant-based diet with added taurine. But cats are predatory animals and pure carnivores: their teeth and gut are optimized for the digestion of raw flesh. Is it not abuse to go against the very nature of an animal’s bodily construction by denying its natural diet?

A similar quandary can be observed in the handling of guinea pigs. The pigs are terrestrial inhabitants that never climb trees or logs, but are often lifted up, carried and cuddled in the hands. For humans, this is an obvious show of affection. For a guinea pig, not so much. It is a tremendously stressful situation as it defies all basic behaviour, often followed by urination, or defaecation, or a freezing response –  which are all standard indicators of stress.

It is also cruel to house guinea pigs in solitude as they are highly social animals, and long-term separation from members of their species can lead to anxiety, suffering and abnormal behaviour. In a child’s honest mind, their own company is enough to keep a guinea pig happy. But try to imagine a reverse universe where isolation and lack of communication are the norm, and you will see the folly of their innocence. In Switzerland, a great country for those who love animals, it has been illegal to buy a single guinea pig since 2008 (or any such declared social species for that matter, including parrots and goldfish).

Until such a law kicks in in Germany, it is completely up to the parents to educate their children, by introducing them to the varying needs of different species. “It is a terrible irony,” says Kaup. “The German Animal Protection Law states that everybody has to present “expert knowledge”, or Sachkunde, if he/she wants to keep animals. But private pet owners are not well informed (with the exception of dogs) and the veterinary authorities have very limited capacity to control this.”

Successes and failures of scientific research have armed us today with an abundance of knowledge on animal behaviour. It forms the core content of animal science courses, through which researchers undergo a sincere training to understand and respect their animals’ behaviour. Then why isn’t dissipation of this knowledge an integral part of the larger system where humans and pets interact?

With young researchers discovering this unleveled ground of play, it has become important to re-visit our ethical standpoint and the double standards it is breeding. How is it fair to tightly regulate the care and handling of 2.8 million animals, while 35.9 million remain neglected? Is animal cruelty to be blind-sided outside the scientific discipline?

By casting a negative spotlight on animal researchers, an unintended ring of positive ignorance might have been created. And this ignorance spans across two levels: a lack of training to uphold the rights of pets, and the readiness to point fingers at animal research due to misinformation in the media of how such research is done.

In my opinion, this ignorance can be a source of undeserved comfort. And it will continue to be as long as animal welfare is weighed against drastically different scales for pets and for animals in research. It is worth wondering whether it has absolved us – until now – of a larger responsibility.

The FELASA accredited EUPRIM-Net Laboratory Animal Science Course on Primates offers an intensive training to experimenters working with members of the primate species. It demands one month of preparatory reading, followed by an examination, 5 days of classes with specialists, and another examination. It covers a well-rounded syllabus from animal behaviour to legal regulations, to assessment of different levels of stress, to medical care, to enrichment of the animal. With this certification and an additional permit from the state, the researcher may begin his/her practical training by accompanying in-house experts into the animal facility for up to 3-6 months (depending upon the level of personal skill in handling animals). Supported by a team of assistants, veterinarians, an Animal Welfare Officer and the leading scientist, the experiments then commence. It is important to note that the license isn’t self-perpetuating; proof of active engagement in certified education must be regularly presented to retain it.