We love cats so much, with their fluffy fur and cuddly personality, that we sometimes forget just how deadly of a predator they really are. According to a new study, they are responsible for the deaths of between 1.4 and 3.7 billion birds and 6.9-20.7 billion mammals annually. 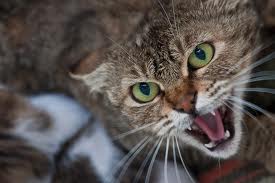 The study, which was published in Nature Communications showed that stray and feral cats were the worst offenders, but domestic cats have their share as well – and owners would do well to try and reduce this impact. The authors explained that more animals are killed at the paws of cats than by road accidents, collisions with buildings or poisonings combined.

The domestic cat’s killer instinct has been well documented in several cases, especially when they have been brought to islands where cats hadn’t previously been. Felines accompanying their human companions have gone on to decimate local wildlife and so far, they are charged with the total extinction of 33 species. However, their impact on mainland areas is much harder to estimate, due to numerous interfering factors.

“Our study suggests that they are the top threat to US wildlife.”

But if you want to protect the wildlife around you from your cat, there’s a simple but effective thing you can do: