This is good for the geese, but can be nasty for the locals.

by Mihai Andrei
in Animals, Biology
Reading Time: 2 mins read
A A
Share on FacebookShare on TwitterSubmit to Reddit

Researchers were wondering why so many Canada geese were popping up in cities more often. After doing a bit of research, they found that the geese were actually hiding from hunters. Instead of being “sitting ducks” in the countryside, they take refuge in urban areas. 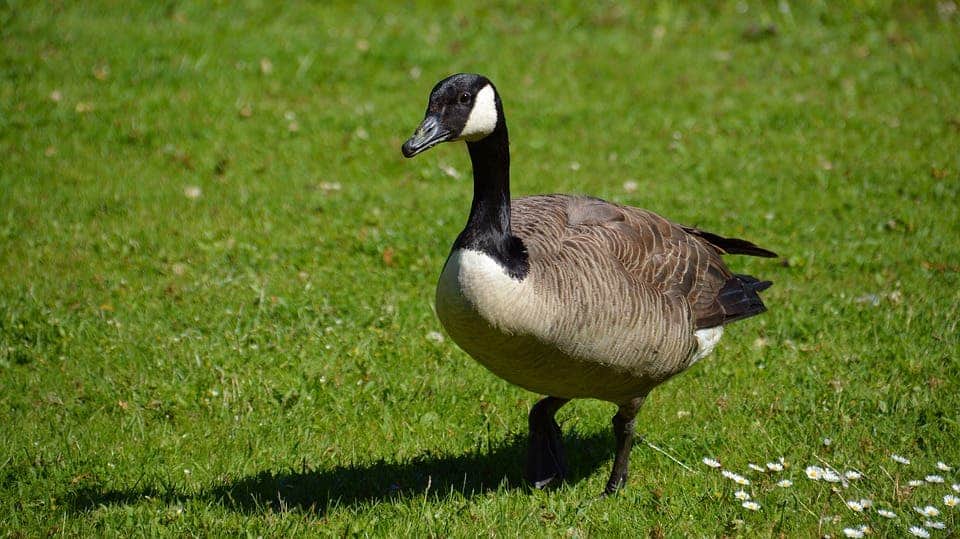 Canada Geese are large wild birds, native to arctic and temperate regions of North America, but also found in northern Europe. They’re so successful and widespread that in many parts of the world, they’re regarded as pests. They’re also one of the most commonly hunted species in North America.

From mid-October to mid-January, it’s hunting season in many parts of the US and Canada. University of Illinois ornithologist Mike Ward wanted to see if there is some connection between this season and the urban shift of the geese.

“We thought the geese would fly to forage on nearby agricultural fields during the day, then fly back to the city to roost, but that wasn’t the case. What we learned is that they weren’t going to the city for food, they were going there because there were no hunters,” he explains.

They tracked the birds and found that 85 percent of them wintered in the Greater Chicago Metropolitan Area, and none made foraging flights to agricultural fields within or outside of the urban area. Their strategy worked well, Ward says.

“All of the Canada geese that spent the winter in Chicago survived, whereas half of the birds that decided to leave the Chicagoland area and go to areas where hunting is allowed, and more prevalent, were harvested.”

However, while this is good news for the birds, it might not be so good for local communities. There’s a reason these birds are often regarded as invasive — not only do they tend to push out native species, but they can also cause problems for locals. They can contaminate water sources, spread diseases, they can even be aggressive. Geese are also the largest bird commonly struck by aircraft in North America, Ward writes.

Researchers don’t really know what’s the best way to treat the problem, but they’re looking at what the geese are most interested in: food.

“We have future studies that will investigate the best ways to harass geese to make them leave the city,” Ward says. “We are approaching this from an energy use perspective. If the geese cannot find good sources of food and the harassment cause them to use energy, they may be forced to leave the city in search of food in agricultural fields.”

The paper “Survival and habitat selection of Canada Geese during autumn and winter in metropolitan Chicago, USA” is published in The Condor: Ornithological Applications by the American Ornithological Society.