The Science of a Deliciously ‘Meaty,’ 3D Printed Meat-Free Future

Without eating, humans may never have entered the scientific age. Meat turbocharged the evolution of our ancestors’ brains, and those brains eventually discovered Newton’s laws, general relativity, and quantum physics. But as it turns out, meat is a double-edged sword.

A big part of the environmental damage mankind is causing now circles back to the food we eat – in particular, meat. For most of our 200,000-year-or-so existence, humankind struggled with malnutrition. Now, although malnutrition is still a challenge, we live in a world where the obese outnumber the undernourished. Fast emerging economies such as the People’s Republic of China and India have successfully pulled many millions out of dire poverty, and better nutrition was and is a major part of that process. Better nutrition, however, generally correlates with increased consumption of animal protein. Healthier populations are a win, but the concurrent rise in demand for meat –and what that means for the planet – has almost made such victories pyrrhic due to all the environmental damage they cause.

Our current meat consumption trajectory is clearly unsustainable but what’s also clear is that the vast majority of people aren’t interested in meat alternatives. In a few places, vegetarians or vegans make up a decent minority, but this is not the case in most of the world. Even among those who care about the environmental, health, and moral issues associated with meat consumption, many are not ready to abjure it completely.

Over the last decade or so, plant-based meat substitutes have become big business as a kind of transitional option. Most major fast-food chains are already selling plant-based burgers that have been carefully designed to mimic the “real thing.” But they often don’t really hit the spot. A new concept, however, is challenging all the fancy faux meat substitutes.

“Alternative meat” is a term being used for 3D printed steak, ground beef, kebabs, and more. Yes, it is what it sounds like — it’s real meat, obtained through cloning, without killing animals and with a potentially lower environmental impact. Companies are using special 3D printers with proprietary formulas that use 100% natural ingredients to print ‘meat.’ This sounds like something from Star Trek but the impressive tech is very much a reality that’s fast-improving. The people behind “alt-meat” say they aren’t interested in converting people to veganism; in fact, 3D printed meat is an idea concocted by and for serious meat lovers. Many of the products were made in consultation with butchers, chefs, and blind tasters… all devoted to re-creating “meat.” 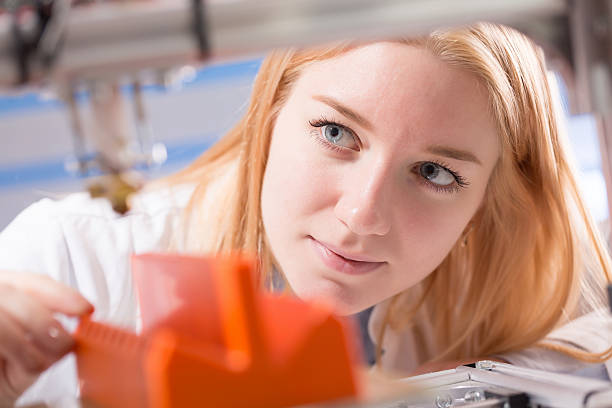 3D printing is all about layers. The machine puts down layer after layer of whatever ingredient until the desired item appears. When one considers the consistency of meats from fish to beef, it becomes clear why layers could make a difference. If layers are possible, then you can have a layer of “alternative muscle,” and then a layer of “alternative fat.” Real meat isn’t all the same texture or taste, and with 3D printing, we might be able to get “veggie meat” to something darn near close to authentic “meatiness.” The science behind 3D printed meat is certainly high-tech but it isn’t as futuristic – or some might argue as unrealistic – like the idea of mass-producing cultured meat grown in-vitro in a lab.

Obviously, some vegetarians or vegans will be happy with “alt meat” but they’re not the target demographic for any company looking to offer up a real alternative to the modern unsustainable meat market – and looking to make any serious money.

According to WorldAtlas, India has the highest percentage of vegetarians of any country on earth – but while impressive, it’s still only 38 percent of India’s 1.366 billion people. Companies that are printing meat hope to provide genuine alternatives for billions of people who want to eat meat.

To get there, new players in the ‘meat substitute’ industry are evolving a new mindset to go along with new products. Yes, they argue, we want to save the earth, but priority one is delivering something delicious. They’re also doing away with even subtle guilt trips. Their ad campaigns are direct: “Of course you like meat! It’s great! We love meat, too! And here’s our best attempt to recreate it!” Already on sale in some select Israeli eateries, “alt-meat” made by 3D printing should be relatively commonplace in a few years. –But does it really taste like meat?

So far, the reports are promising. In one reported blind food taste test in Israel, those who tried “new meat,” gave it a ‘meatiness’ score of 90 percent or more. –That’s a pretty awesome score. By focusing on the taste, texture, smell, and look of meat, 3D printed “alt-meat” avoids any association with radicals. Instead, they want meat-lovers to love their products. The hope is that one day soon it won’t be “I don’t mind this.” Instead, knowing it’s likely a healthier choice, tastes awesome, is better for the planet, and perhaps soon, is cheaper than animal meat –you will want it. If a majority of people find a 3D printed meat substitute to be 90 percent or more of what they expect from real meat, the potential for financial profit is massive. At the same time, the potential for making a real difference for the planet’s future is immense.

The UN’s latest climate change report doesn’t contain much good news. The math of meat unsustainability isn’t going away… but neither is the fact that a lot of people want to eat meat. Maybe 3D printed meat is a solution that lets us have our cake and eat it, too.