Swiss study on LSD atests it as valuable in assisted psychotherapy

by livia rusu
in Psychology

A new Swiss study implying LSD assisted treatment has recently been conducted. Its very positive results seem to second the findings that were once commonly accepted (especially during the 1960’s). 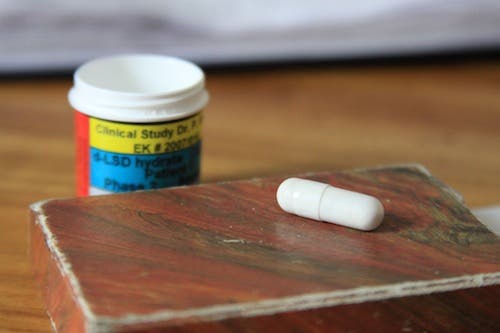 LSD (i.e. lysergic acid diethylamide) is a compound whose properties are psychoactive and were first discovered by dr. Albert Hofmann in 1943. The doctor was the first to conduct series of experiments and studies to prove that its therapeutic qualities should be part of the formal medicine. Dr. Hofmann also discovered that Psilocybin is found in psychedelic mushrooms (which have been used as an alternative form of treatment by various cultures in history).

The first experiments conducted at the beginning of the LSD research the correlation between the studies was widely accepted and the scientific community encouraged it as alarge scale tratment for different affections. In 1963, Charles’ Savage of Standford University study on 144 patients who were given LSD and mescaline reflected the undeniably positive results: during the follow-up, up to two years after the study, 83 per cent of the subjects described their experience as one of ‘long benefit’. The experiments were resumed during the last decade, as controlled clinical trials.

The LSD-assisted psychotherapy study in people suffering from anxiety associated with advanced-stage life threatening diseases was sponsored by Multidisciplinary Association for Psychedelic Studies (MAPS). Its results show that LSD-assisted psychotherapy with 200µg LSD generated a clinically relevant response ion subjects, before and after the adjustments for multiplicity. The statistical significance in state anxiety and the trend in reduction in trait anxiety were proven as well.

The safety conclusions of the study brought out that the LSD-assisted psychotherapy didn’t have any serious adverse effects on the subjects, and the small ones (described in the literature) were self-limiting and didn’t require any type of intervention.

Rick Doblin, the founder and president of MAPS declared on a recent interview that ‘[w]e’ve just completed the world’s first study of the therapeutic use of LSD in over 40 years, in Switzerland to treat anxiety associated with end-of-life issues. Eleven of the 12 subjects had never done LSD before and there were no serious adverse events, even in people facing death’. Another great finding of the research is that the anxiety remained at reduced level even a year after the study was made, impliying that the effects are rather durable as well, reason for which the study will be pursued on a larger scale.