A Japanese designer and an Italian shoemaker teamed up to create the shoes of the future.

by Alexandra Gerea
in Home science, Materials, News, Offbeat
Reading Time: 2 mins read
A A
Share on FacebookShare on TwitterSubmit to Reddit

A Japanese designer and an Italian shoemaker teamed up to create the shoes of the future. 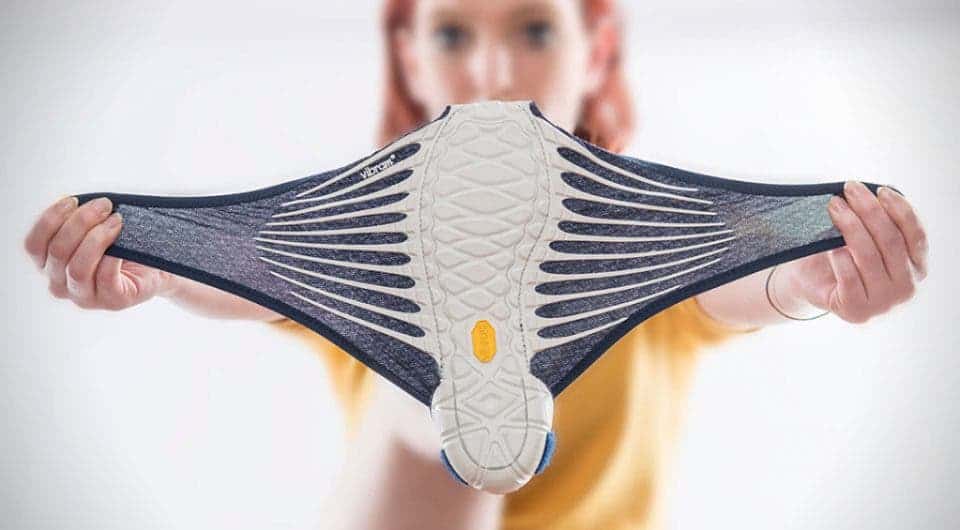 Footwear has changed significantly in the past decade, but it feels like there’s no fundamental difference. Sure, we got better technology, more flexible and sturdier shoes, we got air and all those cool things, but it’s still pretty much the same thing, with the same basic design. Masaya Hashimoto and Vibram want to change that. Hashimoto took his inspiration from the Japanese tradition of Furoshiki.

Furoshiki is a traditional japanese wrapping cloth used to wrap anything from boxes or flowers, but it can also be used as clothing. Now, with this new partnership, it can also be used for shoes. The series of shoes doesn’t have any laces, using wrapping soles that fold around feet through a simple hook and loop system. This and the specially designed gripping system keeps the shoes in place and does everything that a regular shoe does, while being much lighter and having less material. 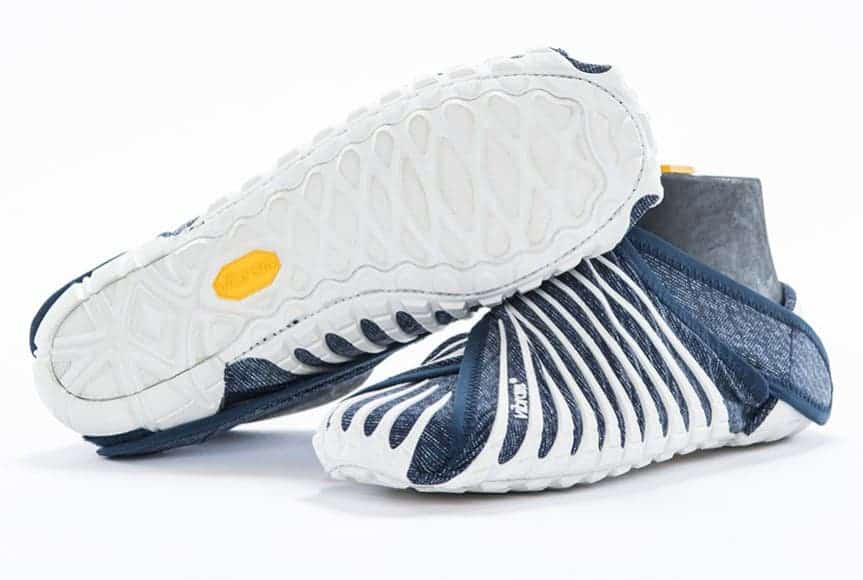 There are also several other advantages. For starters, it’s much more flexible on the size – it’s almost sizeless. It’s also easier to pack and carry around, and it’s much comfier to wear without a sock. Excited about their new products, Vibram said:

“The concept for this type of footwear was derived from the Japanese custom of packaging items by wrapping them in cloth fabric. Furoshiki is the only sole on the market that wraps around the entire foot. Because the upper is constructed with stretch fabric, it will anatomically fit nicely on any foot type and the hook and loop closure system allows for a quick, easy fit.” 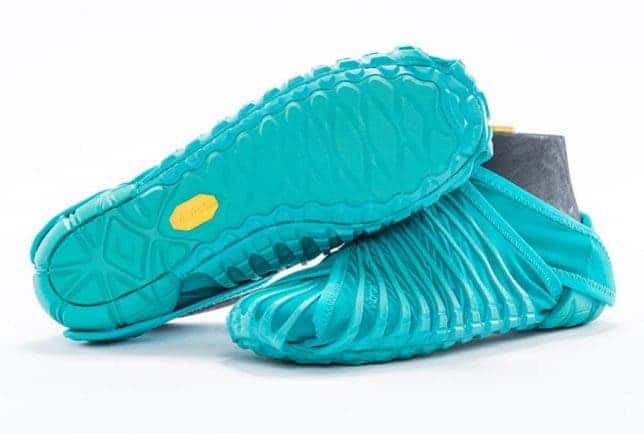 Of course they’d praise their products, but I think they’re on to something here. This flexible origami-type shoeware may be the first major innovation in a very long time, and I’m really looking forward to seeing how this is received. Right now, a pair of these goes for about $110, which is quite a price tag, but it’s overall acceptable, considering the new technology and small production size. If their start the mass production, I’d expect the prices to also go down significantly.