A British academic has stumbled upon a 500 year old warrant for one of the most famed people in history: Niccolo Machiavelli. 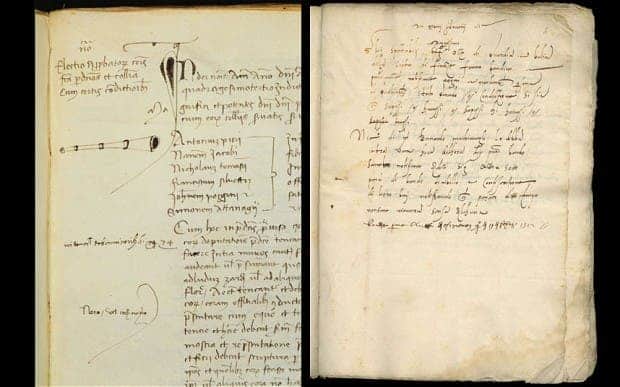 Prof Stephen Milner from Manchester University discovered the historic document almost by accident, as he was browsing through town criers and the proclamations in the Florence archives. The 1513 proclamation, which called for the arrest of Machiavelli, eventually led to his downfall and death.

“When I saw it I knew exactly what it was and it was pretty exciting,” said Prof Milner. “When you realise this document marked the fall from grace of one the world’s most influential political writers, it’s quite a feeling.

Niccolo Machiavelli was a founder of modern political science, and more specifically political ethics – his own name led to the creation of the word machiavellianism and his most known work is Il Principe (The Prince).

“The Prince is a seminal work, with a lasting influence on political thought and culture. The term ‘Machiavellian’ and the naming of the Devil as ‘Old Nick’ all derive from this single work, but the circumstances of its composition have often been overlooked.”

Machiavelli was an official in the Florentine Republic, with responsibilities in diplomatic and military affairs for many years, but after the Medici family returned to power in Florence in 1512, Machiavelli was removed from his post in the city’s chancery because of his association with the head of a rival faction. His name was linked to a conspiracy, and this let to the arrest warrant. 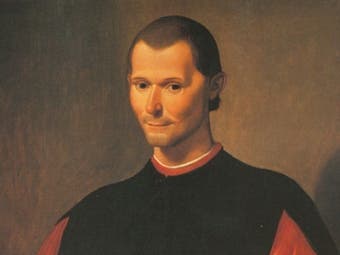 “On the same day, he was imprisoned, tortured and later released and placed under house arrest outside the city,” said the historian, an authority on Renaissance Italy.

Machiavelli then wrote Il Principe, which still stands today as one of the most notable politic works, in the hope of regaining the approval of the Medicis.

“But there’s no evidence to suggest they even read it,” said Prof Milner, who is Visiting Professor at the Harvard Centre for Italian Renaissance Studies at Villa I Tatti in Florence.

His luck spiraled downwards after this. Professor Milner also found documents relating to the payment of four horsemen who scoured the streets of the Tuscan city for Machiavelli.