by livia rusu
in Animals, Biology, News
Reading Time: 2 mins read
A A
Share on FacebookShare on TwitterSubmit to Reddit

Rising temperatures could provide a short term boost in the numbers of turtle populations (as hotter water stimulates the growth of female offspring), but if the current trends continue for a long time, the entire population might go extinct soon. 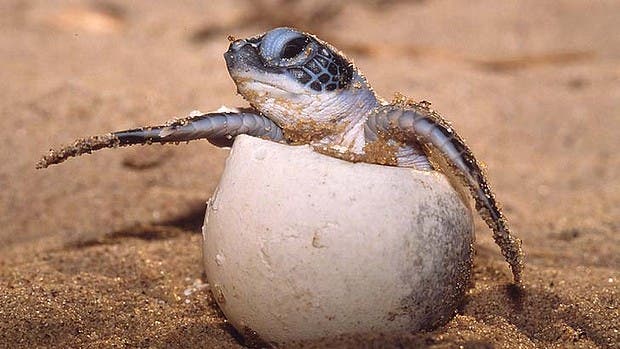 ”There’ll be a bit of a breathing space … but down the track it’ll be serious,” said Graeme Hays from Deakin University, one of the report’s authors.

It’s been known for quite a while that reptile reproduction is extremely dependent on the temperature – even more so for turtles than other species. For them, just like with crocodiles for example, the temperature of the eggs decides the sex of the offspring – the balance point is at about 29 degrees – after that, more and more females start emerging.

At the tipping temperature of 30.5, the population is virtually entirely female – and as the last remaining males will run out, that will spell the end of the species, at least without human intervention.

“‘It will be end of story without human intervention”, Professor Hays said. At higher than 33 degrees, embryos do not survive, but the species will likely go extinct way before the waters reach that temperature.

A recent study showed that turtle populations already yield 70.1 per cent females in light-coloured sandy beaches, while beaches with darker sands are at 93.5 per cent (darker sands are, of course, hotter).

”Rising sea levels resulting in the loss of nesting beaches [through erosion] could push local turtle populations over the brink unless new suitable nesting beaches are found,” the paper said.

Global warming doesn’t seem like something that’s going to stop anytime soon, so we have to start thinking about other solutions. It seems like the simplest thing to do would be for the turtles to just migrate a little more to the north, but that’s almost impossible to do. The speed of temperature change is higher than the speed at which turtles can adapt, and it’s extremely difficult for them to find a good nesting beach rapidly. The other thing which biologists expect to change is the time in which turtles lay their eggs – laying them in colder periods of the year. But will their biological timer tell them to do this? Time will tell.