At the end of the day, you'll be less caveman or - at the very least - more aware of the fact that you still are one.

by Tibi Puiu
in Books
Reading Time: 2 mins read
A A
Share on FacebookShare on TwitterSubmit to Reddit 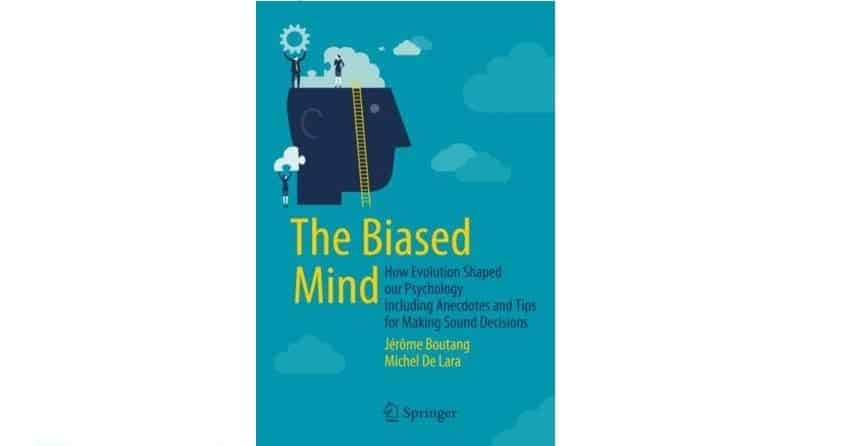 We humans are the most complex beings on Earth, and possibly the whole Universe. There’s no other creature on this planet that employs technology, philosophy and such a sophisticated cultural framework. Humans set foot on the moon, landed robots on Mars and sent a spaceship out of the solar system. But we’re far from perfect; despite our amazing achievements, both in science and philosophy, the human brain remained largely unchanged for thousands of years, since the times of hunter gatherers. Yes, the human brain is plastic – meaning it adapts to the environment and molds new connections to fit a busy Manhattan lifestyle, for instance. Yet, we still carry the same inherent instincts and emotional responses like we did in the Paleolithic. These are still helpful, but some aren’t adapted to our current worldviews and lifestyles, hence biases appear.

In their book, The Biased Mind, Jerome Boutang and Michel De Lara explore how evolution shaped our psychology, in an attempt to unravel what makes people “tick”. All of the tackled subjects are most interesting, and laymen will find a lot of food for thought to munch on. For instance, you’ll learn why it pays off in the end to mistake a stick for a snake, why most people hate the idea of GMOs or nuclear energy, why some believe in superstitions or why we hate change and embrace the status quo.

Their findings and comments are based on well established scientific studies, but also anecdotes – very entertaining anecdotes. The book is densely packed, but short at the same time. More than 200 subjects are tackled, yet summarized elegantly so you get the gist of it without actually getting lost in too many details. I really enjoyed the pace and the authors’ voices – direct, humorous and very reader friendly. There also some very fun quizzes and exercises that you can take to test how biased you are, which nicely add to engagement.

This book took seven long years to compile, and it doesn’t disappoint. You’ll learn so much, and laugh along the way. My kind of style. Definitely looking forward to the sequel.

At the end of the day, you’ll be less caveman or – at the very least – more aware of the fact that you still are one.