The intellectual reward of Microbes from Hell is a pleasure, despite an occasionally challenging journey.

by Sedeer el-Showk
in Biology, Books
Reading Time: 3 mins read
A A
Share on FacebookShare on TwitterSubmit to Reddit 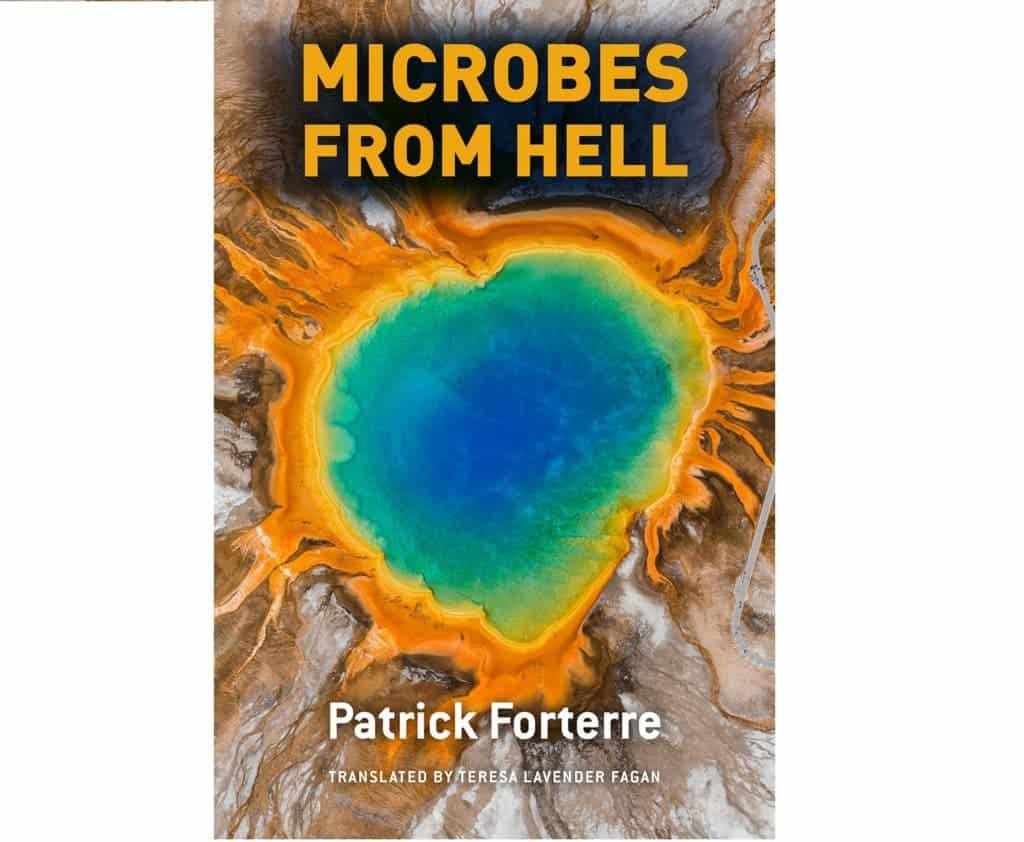 The intellectual reward of Microbes from Hell is a pleasure, despite an occasionally challenging journey. Patrick Forterre leads the reader into the world of archaea, the third domain of life on Earth, discovered just a few decades ago. Forterre, now at the Pasteur Institute in Paris, was part of that journey of discovery, and his experiences and knowledge make him an excellent guide. The book amply demonstrates how different archaea are from prokaryotes and eukaryotes, as well as how widespread, diverse, and important they are.

The first two chapters cover the history of the hunt for hyperthermophiles – “microbes from hell” that thrive in hot springs – and the discovery of “archaebacteria” among them, which Carl Woese later renamed archaea when he discovered that they are as distinct from bacteria as bacteria are from us. There’s a lot of information in these early chapters which can occasionally get tedious, particularly the recitation of the names of different hyperthermophiles and when they were discovered. There are also some great moments, like the description by Forterre’s technician (and later wife) Évelyne Marguet of her experience on the AMISTAD expedition. In a wonderfully evocative passage, Marguet describes finding a “hidden cathedral” of hydrothermal vents deep under the Pacific, “the landscape of a buried city, an Atlantis of rocks, arches, columns, and temples”.

The book pivots around the third chapter, which gives an overview of what we’ve learned from and about the microbes from hell. Forterre’s enthusiasm sometimes carries him away, making the text occasionally a bit dense. Readers with familiarity with biology won’t have trouble, but other might sometimes have to push through to follow an explanation. However, the reward is worth it. You’ll find out about the unexpected payoffs of basic science – how microbes from hell fueled the molecular biology revolution – and you’ll learn about discoveries that explain how these organisms cope with extreme conditions and suggest some interesting ideas which challenge traditional views of the world.

Throughout the book, Forterre does a wonderful job of showing science as a process, bringing out its incremental nature, its revisions and wrong turns, and its many unanswered questions. He doesn’t shy away from showing scientists as people attached to their favourite theory but hopefully willing to reconsider in the face of new evidence.

Unfortunately, I also spotted several mistakes throughout the PDF version the book (I haven’t seen the print version). Several of these seem like they were probably translation errors, such as referring to mitochondria being involved in “breathing” rather than “respiration” (a metabolic process unrelated to breathing). While these were easy for me to spot as a biologist, they might mislead readers with a different background. There were also a few errors that should have been caught by the editor, such as extra apostrophes or missing italics, which aren’t likely to cause misunderstanding but nevertheless detract from the pleasure of reading.

The final two chapters go through some of the grander implications of these experiments and discoveries. The discovery of archaea not only changed the shape of the tree of life; it also raised questions about the common ancestor at the base of that tree and offered clues about how it may have lived. Forterre guides you through the different ideas and how they developed, including an unexpected role for viruses. This is what the book has been building towards, a rewarding discussion of competing theories about the ancestor of all living things by one of the scientists involved in the debate. As all the pieces come together, you’re left in a richer world, one full of unknown wonders, unanswered questions, and broader horizons.