by Jason Whitaker
in Biology, Studies
Reading Time: 3 mins read
A A
Share on FacebookShare on TwitterSubmit to Reddit 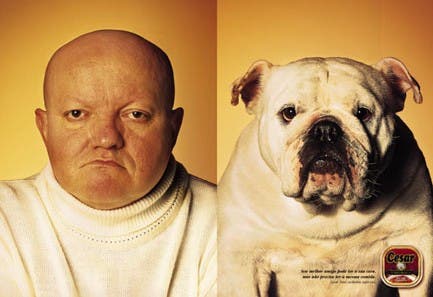 As if the domesticated dog’s position as, “man’s (or woman’s) best friend” was not entrenched in the human zeitgeist enough, research from Brian Hare out Harvard’s Anthropology department indicates that not only are dogs far more adept than Chimpanzees- our closest genetic, extant relative- at interpreting human social cues, but that domesticated dogs are superior to wolves- their closest genetic, extant relative- in this respect, too.

The explanation reached by Hare is thus, “…dogs’ social-communicative skills with humans were acquired during the process of domestication.;” which occurred, because, “…dogs that were able to use social cues to predict the behavior of humans more flexibly than could their last common wolf ancestor … were at a selective advantage.”

In coming to this conclusion, Hare et al. performed four experiments, each pertaining to three hypotheses concerning the genesis of the domesticated dog’s social cognition. The experiments were centered around the Object Choice Task (OCT), where a subject- be it a dog, puppy, or chimpanzee- is presented with two boxes. Hidden underneath one the boxes is a treat (usually a piece of food); and because the box eliminates the possibility of detecting the food by either sight or smell, the subject relies on its ability to interpret the researchers indication (any combination of a gaze, point, or tapping of the box) to choose correctly.

The first of the three hypotheses, The Canid Generalization Hypothesis, posits that many canids, especially wolves, should perform well at OCT tasks because, “…[wolves] typically live in cooperative hunting social groups, making it likely that they need to exploit the behavior of conspecifics [other wolves] and quarry alike, and this ability may then generalize to humans.” The second, “Human Exposure” hypothesis, places the domesticated dog’s ontogeny forefront, implicating their social cognition as the result of having been exposed to humans for their entire lives. Lastly, the Domestication Hypothesis attributes dogs and humans pre-historic relationship as the vehicle of dogs developed ability to interpret human signals: the ability to interpret correctly human intentions, or at least more so than other individuals, was a positive trait. And that over the course of dog and humans 10 millennia long shared history (or, “paraell phylogeny,” if you’d like to be technical), these traits were exacerbated and honed.

Each of these hypotheses possesses logical corollaries. For example, it follows from Canid Generalization that wolves should to as well, or very nearly so, as dogs in OCTs; according to the Human exposure hypothesis puppies reared by humans should outperform their kennel reared peers in OCTs; and if the Domestication Hypothesis were true, dogs should perform well at OCTs regardless of age, since the ability to distinguish human social cues should be greatly inborn (and outperforming Chimpanzees doesn’t hurt to bolster this hypothesis either). By systematically comparing adult dogs and wolves, human reared puppies and kennel reared puppies, and adult dogs and chimpanzees performances at combinations of OCTs, Hare and colleagues were able to shed two of the hypothesis, which left the domestication hypothesis as the clear winner.

Of course, and this is the author writing, our ancestors probably did not selectively breed their dogs on the basis that they could find a hidden piece of food (which is undetectable by direct smell or sight) based on their gesticulations. The most conspicuous answer is that this specific trait (adeptness at OCT tasks) is a function of a dog’s ability to do work. After all, what good is the herding dog that herds on caprice, indiscriminately of his or her owner’s wishes? Simply, humans and canines have benefited from one another for thousands of years, and this relationship is based (like any good relationship) on clear communication. The fact that dogs have retained this ability (because it’s doubted that many of us use our “labradoodles” to herd) is a testament to the two species intimately intertwined lineage. And in the author’s opinion, so long as man (or woman) want their best friend by their side, this trait will persist for another ten millennia.