by Dragos Mitrica
in Videos
A A 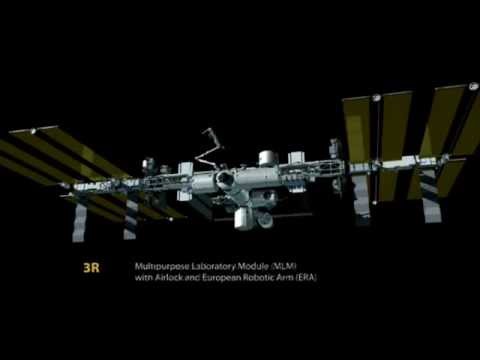 The International Space Station (ISS) is a 450,000 kg (990,000 lb) habitable artificial satellite, in low Earth orbit. It so large that you can sometimes see it with the naked eye from Earth. The station has been continuously occupied for 14 years and 36 days, since the arrival of Expedition 1 on 2 November 2000. This is the longest continuous human presence in space, having surpassed the previous record of 9 years and 357 days held by Mir, the Russian space station.

The ISS is basically the biggest space experiment we’re running at the moment, and it has provided a trove of valuable discoveries. The assembly of the International Space Station, a major endeavour in space architecture, began in November 1998, and as of 5 June 2011, 59 components were added during more than 1,000 hours spent in space by astronauts.

Here’s an even more detailed video of the ISS construction.