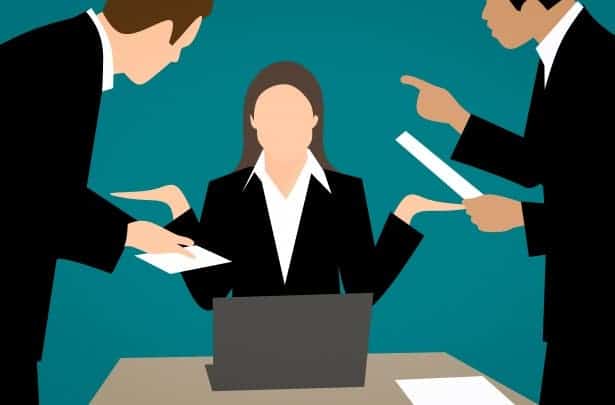 What is conflict theory? Looking at Marx’s main concepts

The fact that Marx was able to propose a theory that can still fit so well in today's modern world is remarkable.

Although Karl Marx is mostly known for founding what became known as socialism, his work was prevalent in numerous fields of economy, philosophy, and even history. Conflict theory is one such area in which Marx developed, and one in which his ideas are still influential to this day.

As suggested by Karl Marx, conflict theory claims society is in a state of perpetual conflict because of competition for limited resources. The idea, also embraced and developed by other authors, has been used to explain a wide range of social phenomena. Here’s a breakdown of its most important points.

As suggested by Karl Marx, conflict theory claims society is in a state of perpetual conflict because of competition for limited resources. The idea, also embraced and developed by other authors, has been used to explain a wide range of social phenomena. Here’s a breakdown of its most important points.

For starters, the basis on conflict theory holds that left to their own, humans are not orderly creatures. Social order is maintained by domination and power, rather than consensus and conformity. Those with wealth and power try to hold on to it by any means possible, chiefly by suppressing the poor and powerless. Furthermore, individuals and groups will work to maximize their own benefits, even at the expense of others’ benefits.

Seeing the view through this lens leads to some important conclusions. Wars and revolutions, wealth and poverty, discrimination and domestic violence and conflicts over natural resources — they can all be viewed through the lens conflict theory. Even peaceful and noble aspirations can be explained through conflict theory. In this regard, most of the fundamental developments in human history, such as democracy and civil rights, to capitalistic attempts to control the masses rather than to a desire for social order.

At this point, it should also be said that Marx viewed social conflict theory as a component of the four major paradigms of sociology, while others might not agree with this view.

“The history of all hitherto existing society is the history of class struggles. Freeman and slave, patrician and plebeian, lord and serf, guild-master and journeyman, in a word, oppressor and oppressed, stood in constant opposition to one another, carried on an uninterrupted, now hidden, now open fight, a fight that each time ended, either in a revolutionary re-constitution of society at large, or in the common ruin of the contending classes.” Karl Marx & Friedrich Engels in The Communist Manifesto, 1848

The classical phrase above says a lot about how Marx viewed the world. Take away some old words and replace them with their modern versions, and you end up with a vision that’s still shared by many people. You don’t need to look farther than the Occupy movement which protested against the richest 1%, or the anti-austerity movements prevalent in many parts of Europe. But the origins of these ideas go back a long time.

Conflict theory originated in the work of Karl Marx, who focused on the causes and consequences of class conflict between what was then called the bourgeoisie (the owners of the means of production and the capitalists — basically the rich people) and the proletariat (the working class and the poor).

Focusing on the economic, social, and political implications of the rise of capitalism in Europe, Marx theorized that this system, premised on the existence of a powerful minority class (the bourgeoisie) and an oppressed majority class (the proletariat), created class conflict because the interests of the two were at odds and resources were unjustly distributed among them.

Within this system, an unequal social order was maintained through ideological coercion which created consensus and acceptance of the values, expectations, and conditions as determined by the bourgeoisie.

In other words, the rich tricked the poor into accepting a deal that was bad for them, using ideological tricks.

Marx theorized that the work of producing consensus was done in the “superstructure” of society, which is composed of social institutions, political structures, and culture, and what it produced a consensus for was the “base,” the economic relations of production.

Conflict theorists believe that competition is a constant and, at times, an overwhelming factor in nearly every human relationship and interaction. Competition exists as a result of the scarcity of resources, including material resources like money, property, commodities, and more. Whenever there is an imbalance, a shift of power, or something that disrupts the fragile equilibrium between different social classes, a crisis can emerge.

Larger entities such as governments or companies seek to prevent or manage conflict by reallocating resources and distributing goods. Progressive taxes, minimum wages, social assistance — in conflict theory, these are all done not for the welfare of the people, but rather to reduce conflict.

Beyond material resources, individuals and groups within a society also compete for intangible resources as well. These can include leisure time, dominance, social status, sexual partners, and many other factors. Conflict theorists assume that competition is the default, rather than cooperation.

Given conflict theorists’ assumption that conflict occurs between social classes, one outcome of this conflict is a revolution. The idea is that change in a power dynamic between groups does not happen as the result of adaptation. Rather, it comes about as the effect of conflict between these groups. In this way, changes to a power dynamic are often abrupt and large in scale, rather than gradual and evolutionary.

An important assumption of conflict theory is that human relationships and social structures all experience inequalities of power. In this way, some individuals and groups inherently develop more power and reward than others. Following this, those individuals and groups that benefit from a particular structure of society tend to work to maintain those structures so as to retain and enhance their power.

Conflict theorists tend to see war as either a unifier or as a cleanser of societies. In conflict theory, war is the result of a cumulative and growing conflict between individuals and groups and between whole societies. In the context of war, a society may become unified in some ways, but conflict still remains between multiple societies. On the other hand, war may also result in the wholesale end of society.

In essence, conflict theory is a simple theory: there is always competition between groups within society over limited resources. But the more you look into it, the more opaque and complicated things become.

Many social theorists have built on Marx’s conflict theory to bolster it, grow it, and refine it over the years, leading to the development of what is called modern conflict theory.

Explaining why Marx’s theory of revolution did not manifest in his lifetime, Italian scholar and activist Antonio Gramsci argued that the power of ideology was stronger than Marx had realized and that more work needed to be done to overcome cultural hegemony or rule through common sense.

Max Horkheimer and Theodor Adorno, critical theorists who were part of The Frankfurt School, focused their work on how the rise of mass culture–mass-produced art, music, and media–contributed to the maintenance of cultural hegemony.

More recently, C. Wright Mills drew on conflict theory to describe the rise of a tiny “power elite” composed of military, economic, and political figures who have ruled America from the mid-twentieth century. C. Wright Mills is known as the founder of modern conflict theory, and he described the struggle power between the ” elite ” and the “others”. Examples of the “elite” in the US would be government and large corporations.

Many others have drawn on conflict theory to develop other theories within the social sciences, including feminist theory, critical race theory, postmodern and postcolonial theory, queer theory, post-structural theory, and theories of globalization and world systems.

So, while initially conflict theory described class conflicts specifically, it has lent itself over the years to studies of how other kinds of conflicts, like those premised on race, gender, sexuality, religion, culture, and nationality, among others, are a part of contemporary social structures, and how they affect our lives.

Marx believed that with rising inequality, social tension also rises. That much seems to be right, as a mountain of studies show that social and economic inequality are very dangerous to society. The theory is that if the wealth gap becomes too wide, social unrest will ensue — and that is pretty much what we’re observing in society at the moment.

But many things cannot be explained through this lens alone, and there is another, equally convincing and opposite theory: functionalism. Whereas conflict theory views all aspects of life as a competition, functionalism understands society as a system striving for equilibrium.

To say that conflict theory is right or wrong would simply not be correct. Sociologists develop theories to help explain social phenomena. These theories often work at multiple levels, from the macro to the micro — in this case, from describing how interpersonal relationships work, to describing how society works. However, such theories are dependent on context and specific to certain situations, so it is dangerous to over-generalize. Simply put, conflict theory is not the be-all-end-all of human society, but it can be a useful lens through which we can view the world.

The fact that Marx and his work are still so influential to this day is a testament to his value as a philosopher and an economist. However, Marx also paved the way for socialism and communism to emerge, with devastating consequences for millions of people. Blindly believing in such ideas and ignoring just how society really is can lead to disaster — we’ve seen that before, let’s not see it again.

Fermin Koop is a reporter from Buenos Aires, Argentina. He holds an MSc from Reading University (UK) on Environment and Development and is specialized in environment and climate change news.