Portraits of the World’s Tribes – Before they Fade Away

by Mihai Andrei
Reading Time: 10 mins read
A A

In 2009, photographer Jimmy Nelson set out on a journey to document the ‘world’s last indigenous cultures’. He took a series of photographs featuring 31 of the world’s most ancient tribes. The project, entitled Before They Pass Away, culminated with an elegant hardcover book (available in three versions) featuring stories of his encounters and nearly 500 photos. Here are some of the most spectacular pictures, with some background information on the tribes: 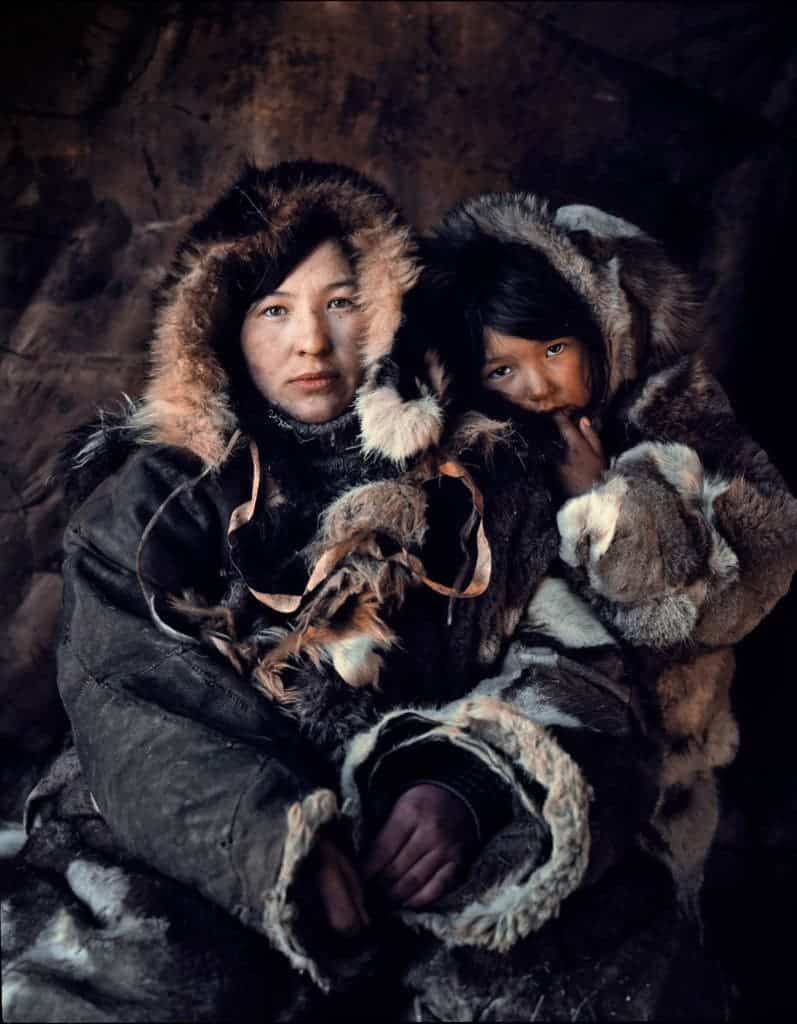 The Chukchi people are an indigenous people inhabiting the Chukchi Peninsula, in Far East Siberia. They speak their own, Chukchi language – there are some 5,000 speakers today. In the UNESCO Red Book, the language is on the list of endangered languages. The Chukchi are traditionally divided into the Maritime Chukchi, who had settled homes on the coast and lived primarily from sea mammal hunting, and the Reindeer Chukchi, who nomadised in the inland tundra region with their herds of reindeer. 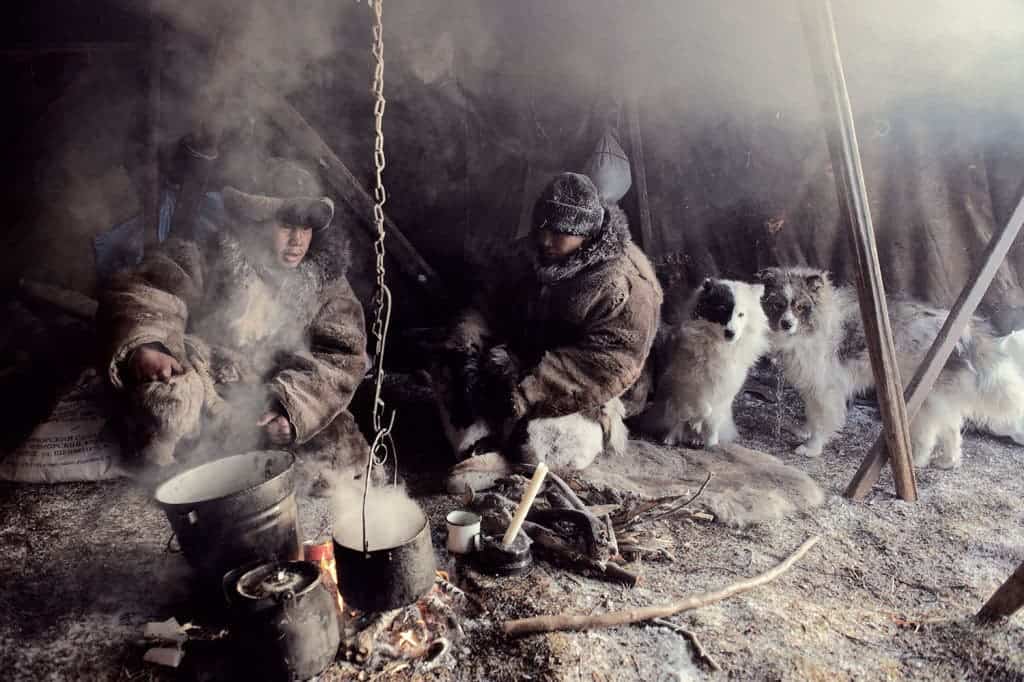 In Chukchi religion, every object, regardless of whether animate or inanimate, is assigned a spirit. This spirit can be either harmful or beneficial. Chukchi religion was banned by the Soviet regime in the 1920s. After the collapse of the Soviet Union, the state-run farms were reorganized and nominally privatized. This process was ultimately destructive to the village-based economy in Chukotka, and the region has still not fully recovered. 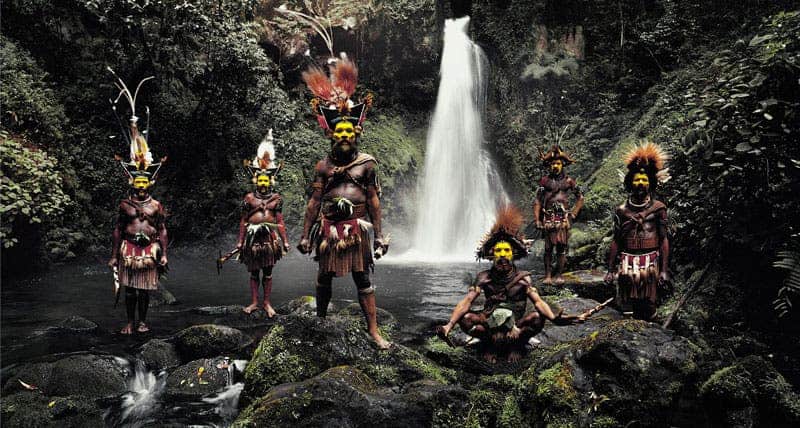 There are about 150,000 Huli people in the world, inhabiting the Southern Highlands of Papua New Guinea. They speak primarily Huli and Tok Pisin, an official language in the country. 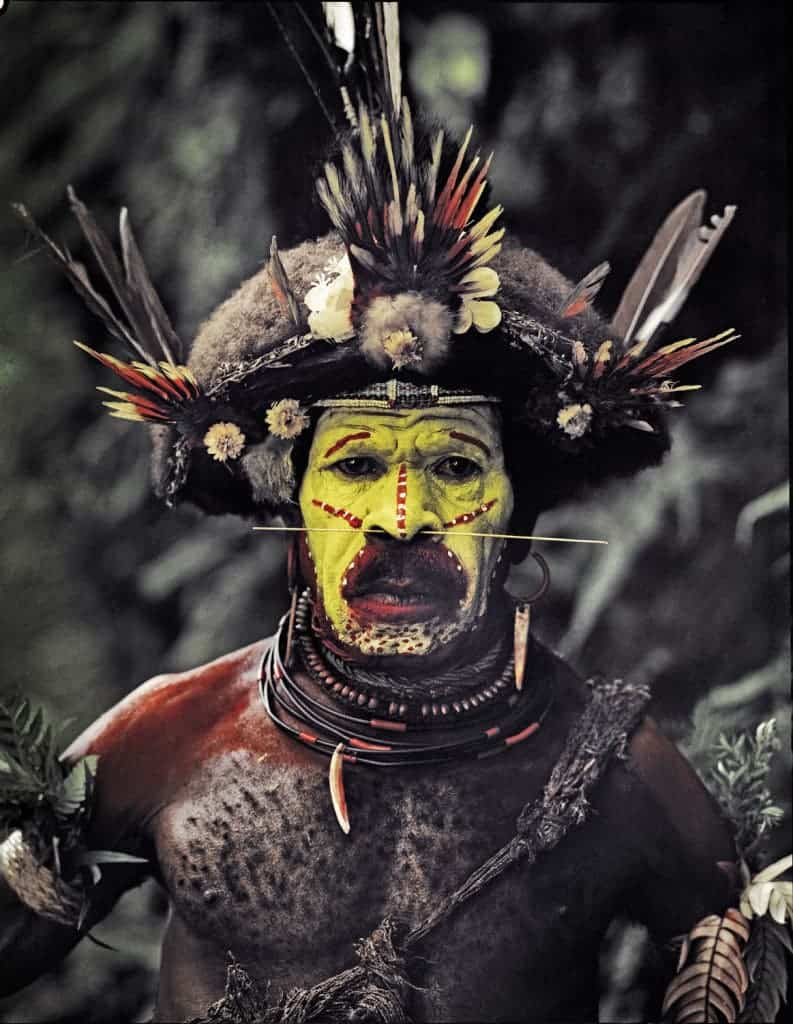 The Huli have an inclusive kinship system. For instance, people who in European cultures are considered half-brothers, half-sisters, and cousins, may all be reckoned as brothers and sisters by the Huli. Also, individuals that other cultures might label their ‘aunts’ and ‘uncles’, are seen by the Huli as their ‘mothers’ and ‘fathers’. 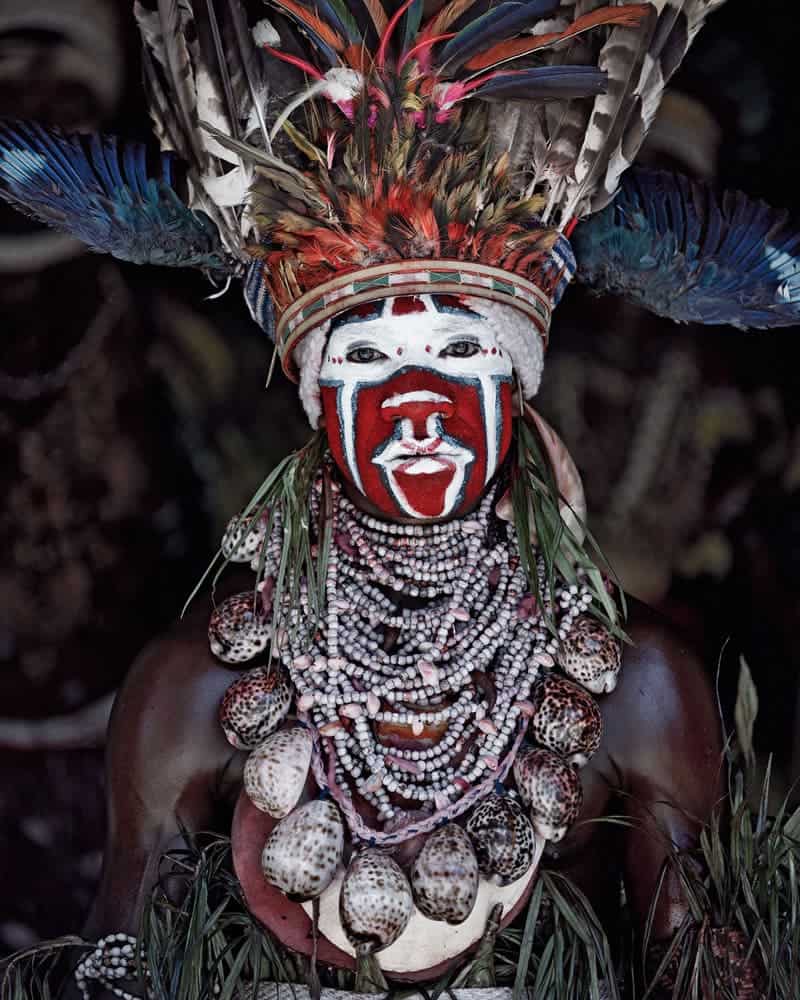 “The indigenous population of the world’s second largest island is one of the most heterogeneous in the world. The harsh terrain and historic inter-tribal warfare has lead to village isolation and the proliferation of distinct languages. A number of different groups are scattered across the highland plateau.”, Nelson writes. 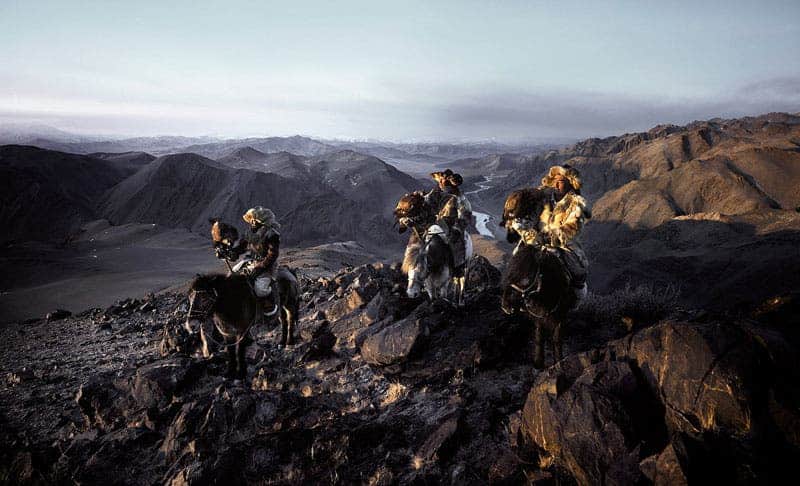 The Kazakhs are a Turkic people of Eastern Europe and the northern parts of Central Asia (largely Kazakhstan, but also found in parts of Uzbekistan, China, Russia and Mongolia). Kazakh identity is of medieval origin. The Kazakh language is a member of the Turkic language family, and their religion changed significantly throughout the centuries. 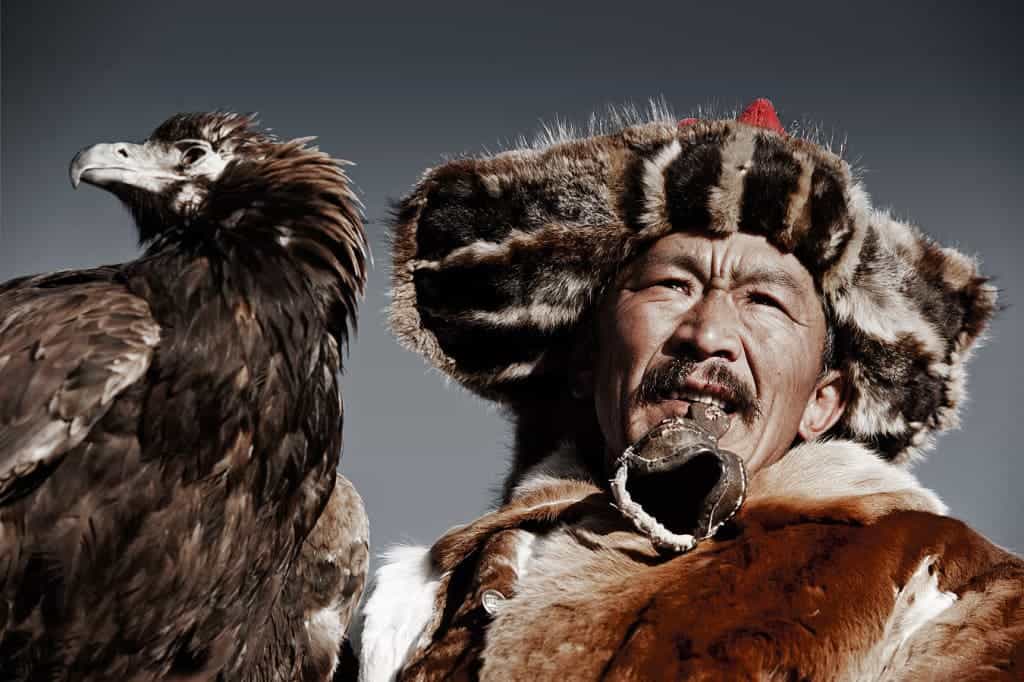 Ancestors of modern Kazakhs believed in Shamanism and Tengrism, then Zoroastrianism, Buddhism and Christianity including Church of the East. Islam was firstly introduced to ancestors of modern Kazakhs during the 8th century when the Arab missionaries entered Central Asia. There are currently over 13 million Kazakhs in the world, though only a minority still lives like they did centuries ago. 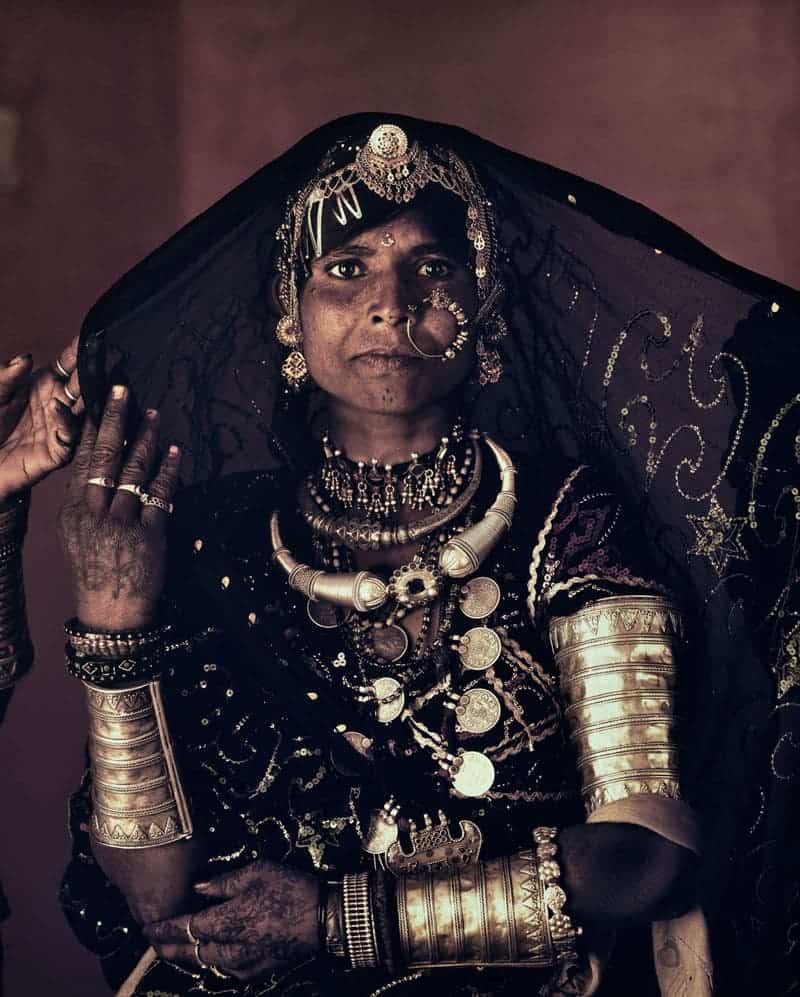 The Rabari community is found mainly in the states of Gujarat, Maharashtra, Punjab, Rajasthan and Madhya Pradesh in India. The traditional Rabari are mainly dependent on the milk profession, many of them raisint cattle and camels; they also have a strong tradition in embroidery and traditional tattoos. They are part of the Huns and have migrated very recently; they wear small gold nose rings and silver and gold chains around their neck on where protective amulets are hung. They also have mass collections of rare folk songs and stories. 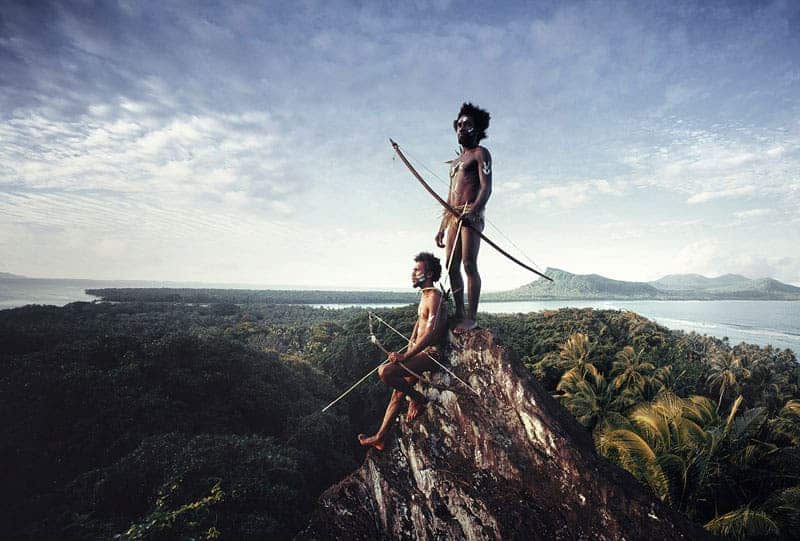 “Settlement in the 85 Vanuatu islands dates back to around 500 BC. There is evidence that Melanesian navigators from Papua New Guinea were the first to colonise Vanuatu. Over centuries, other migrations followed. Nowadays, all the inhabited islands have their own languages, customs and traditions”, Nelson writes on his website. 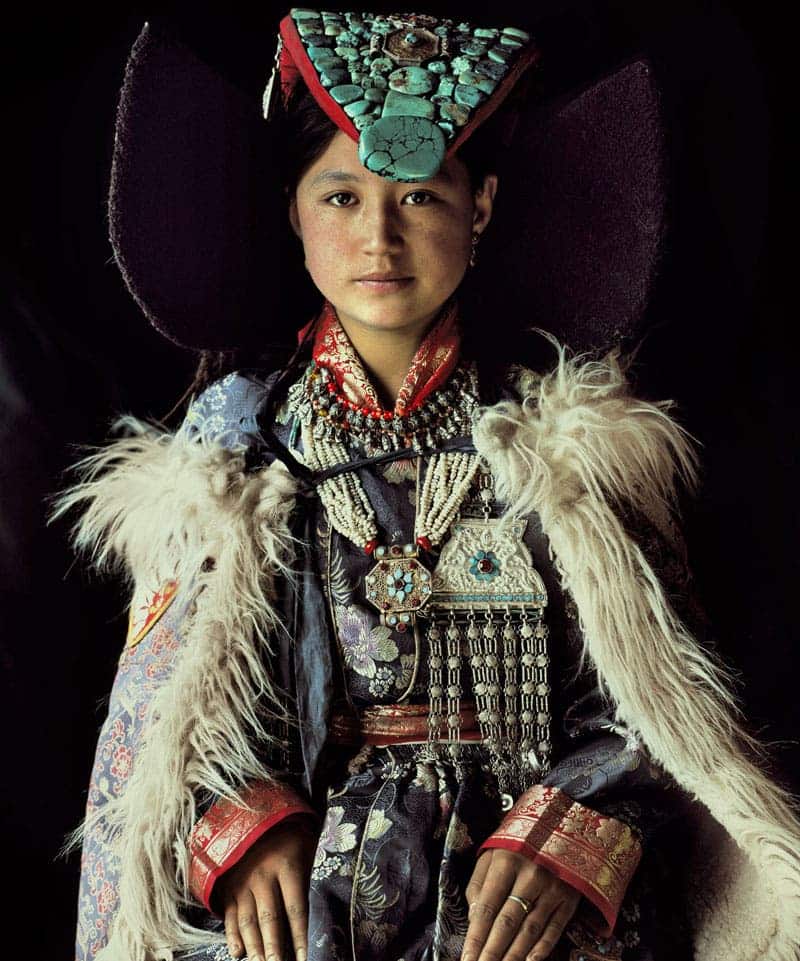 Ladakh, the “land of high passes” is a region of India in the state of Jammu and Kashmir that extends from the Karakoram Range in the north to the main Great Himalayas to the south. In many ways, they are similar to the Tibetan. Ladakhi food has much in common with Tibetan food, the most prominent foods being thukpa (noodle soup) and tsampa, known in Ladakhi as ngampe (roasted barley flour). Edible without cooking, tsampa makes useful trekking food. 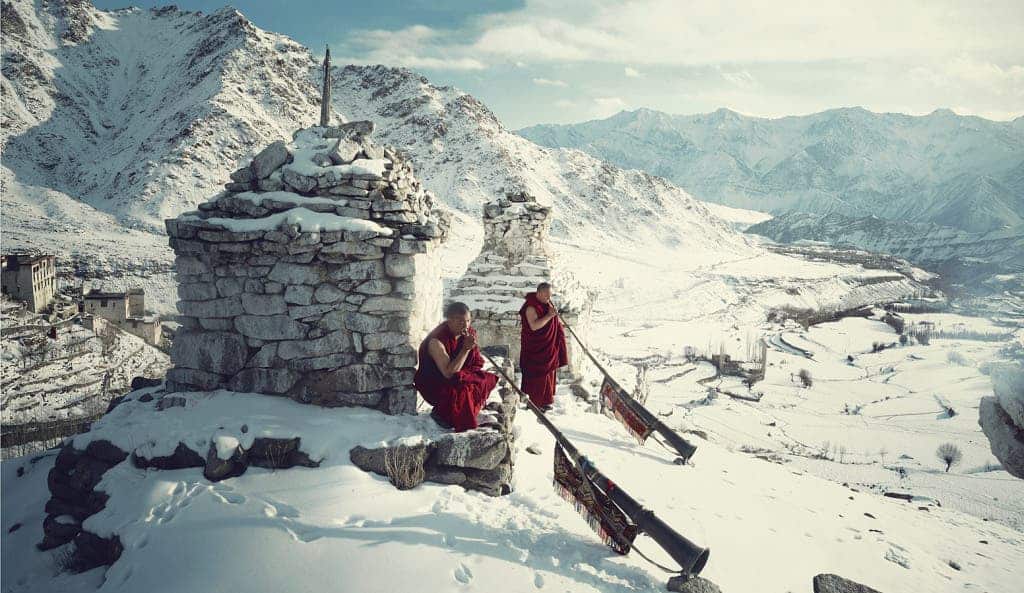 Interestingly enough, the most popular sport in Ladakh now is ice hockey, which is played only on natural ice generally mid–December through mid–February. Cricket is also very popular. Archery is a traditional sport in Ladakh, and many villages still hold archery festivals, which are as much about traditional dancing, drinking and gambling as about the sport. 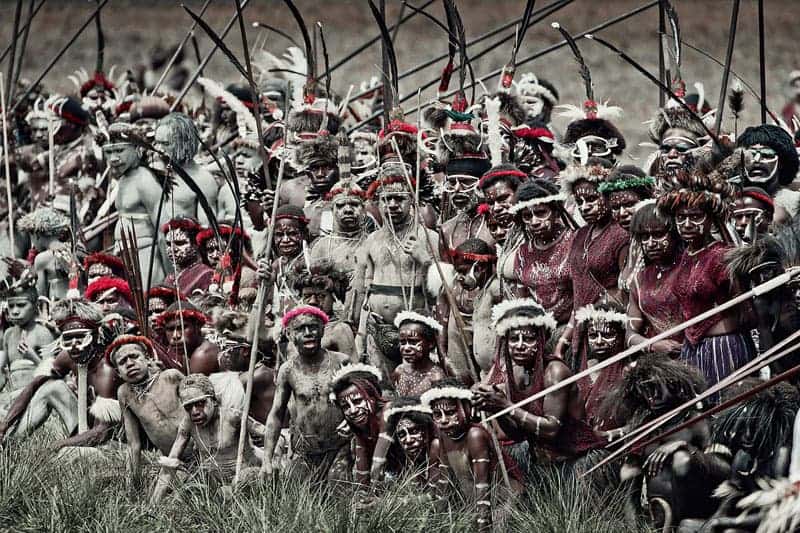 The Dani people, also spelled Ndani are a people from the central highlands of western New Guinea (the Indonesian province of Papua). The Dani languages differentiate only two basic colours, mili for cool/dark shades such as blue, green, and black, and mola for warm/light colours such as red, yellow, and white. This trait makes it an interesting field of research for language psychologists, e.g. Eleanor Rosch, eager to know whether there is a link between way of thought and language. 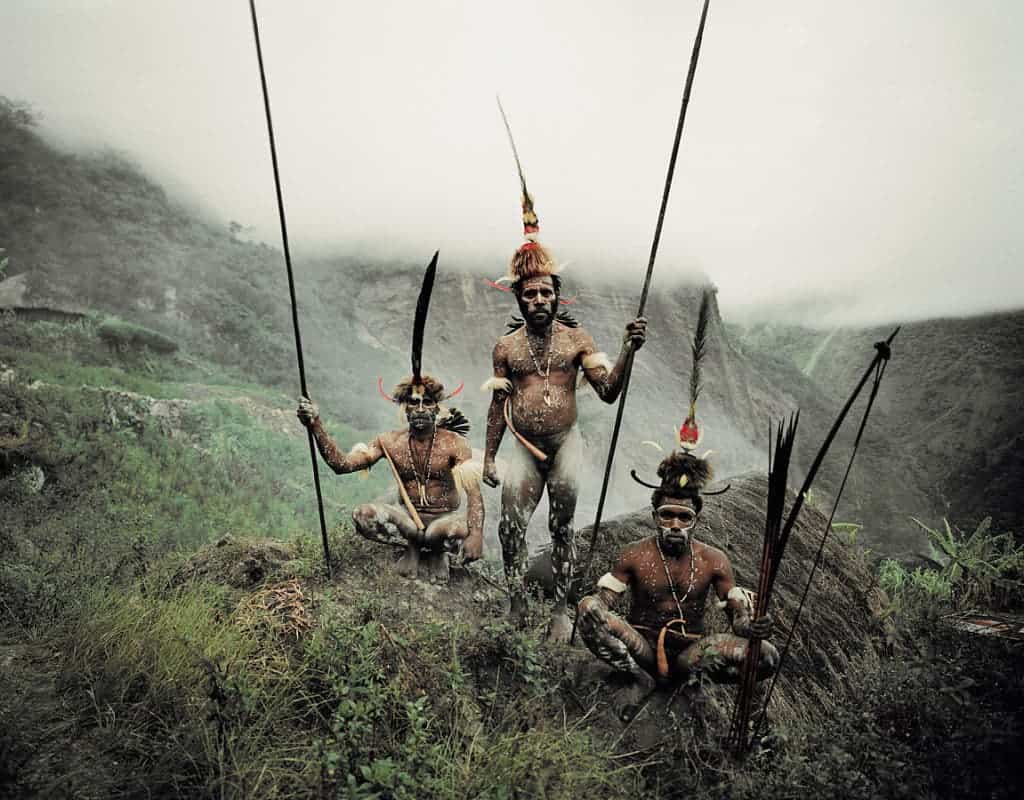 The most important food for them are sweet potatoes, being the most important tool used in bartering, especially in dowries. Likewise pigs feasts are extremely important to celebrate events communally; the success of a feast, and that of a village big man (man of influence) or organiser, is often gauged by the number of pigs slaughtered. 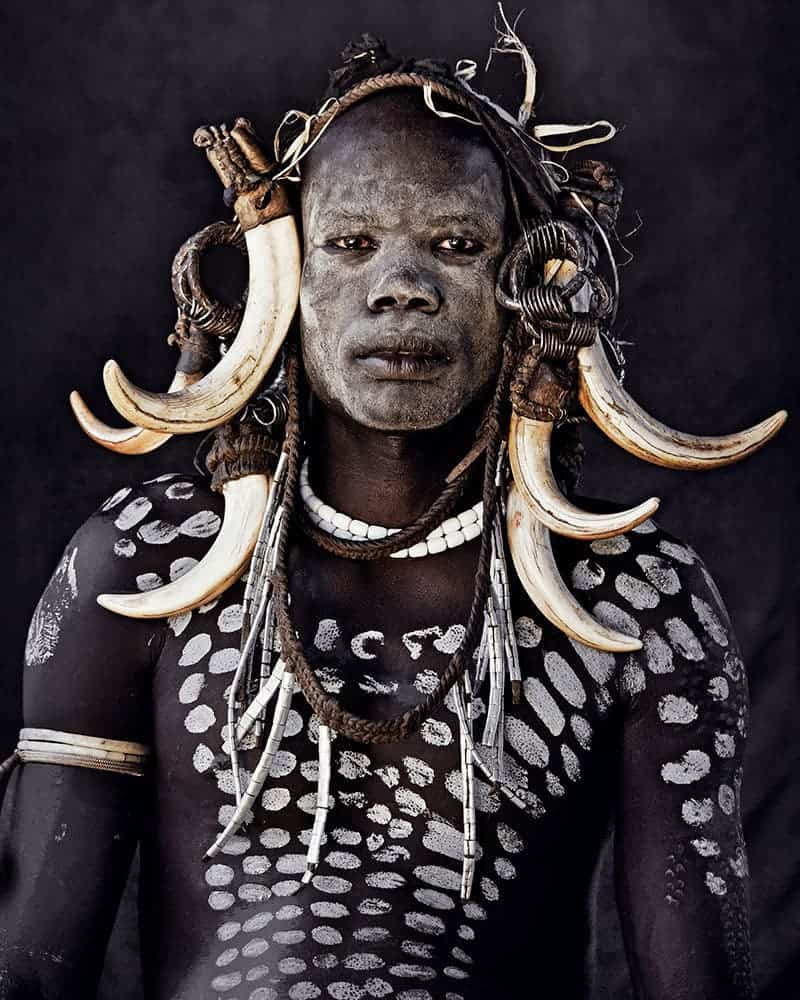 The Mursi (or Mun as they refer to themselves) are an ethnic group from Ethiopia. Surrounded by mountains between the Omo River and its tributary the Mago, the home of the Mursi is one of the most isolated regions of the country. Like many agro-pastoralists in East Africa, the Mursi experience a force greater than themselves, which they call Tumwi. This is usually located in the Sky, although sometimes Tumwi manifests itself as a thing of the sky (ahi a tumwin), such as a rainbow or a bird. The principal religious and ritual office in the society is that of Kômoru, or Priest. This is an inherited office, unlike the more informal political role of the Jalaba. 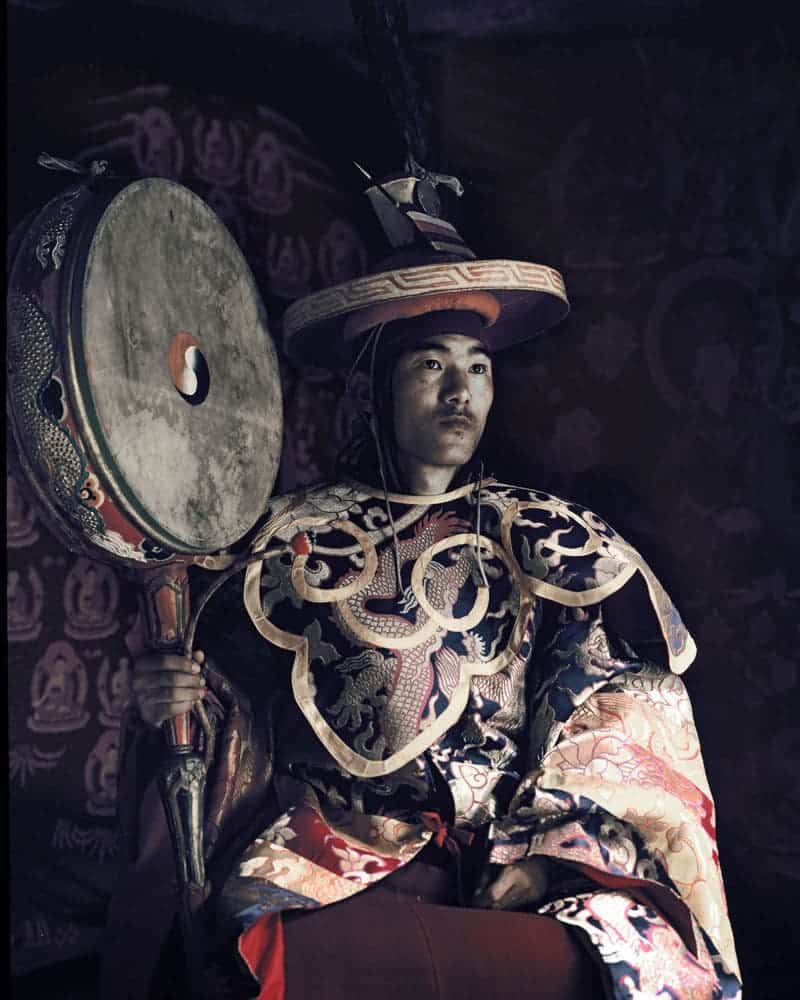 “The former kingdom of Lo is linked by religion, culture and history to Tibet, but is politically part of Nepal. Now Tibetan culture is in danger of disappearing, it stands alone as one of the last truly Tibetan cultures existing today. Until 1991 no outsiders were allowed to enter Mustang. The traditions of the people of Lo are closely related to early Buddhism. Most still believe that the world is flat. They are highly religious, prayers and festivals are an integral part of their lives. The grandeur of the monasteries illustrates the prominent position of religion.” 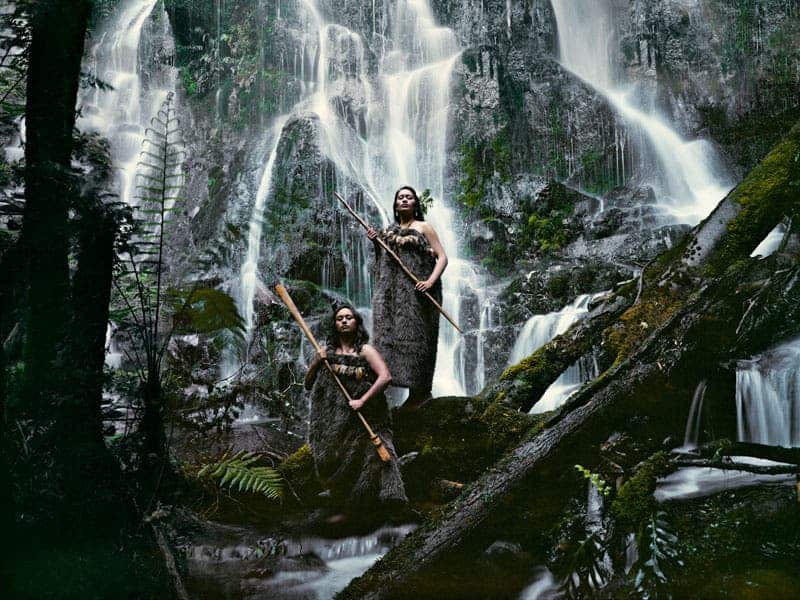 The Maori are the indigenous Polynesian people of New Zealand. The Māori originated with settlers from eastern Polynesia, who arrived in New Zealand in several waves of canoe voyages at some time between 1250 and 1300 CE. In the 2013 census, there were approximately 600,000 people in New Zealand identifying as Māori, making up roughly 15% of the national population. However, almost all Maori today live moderen lives. 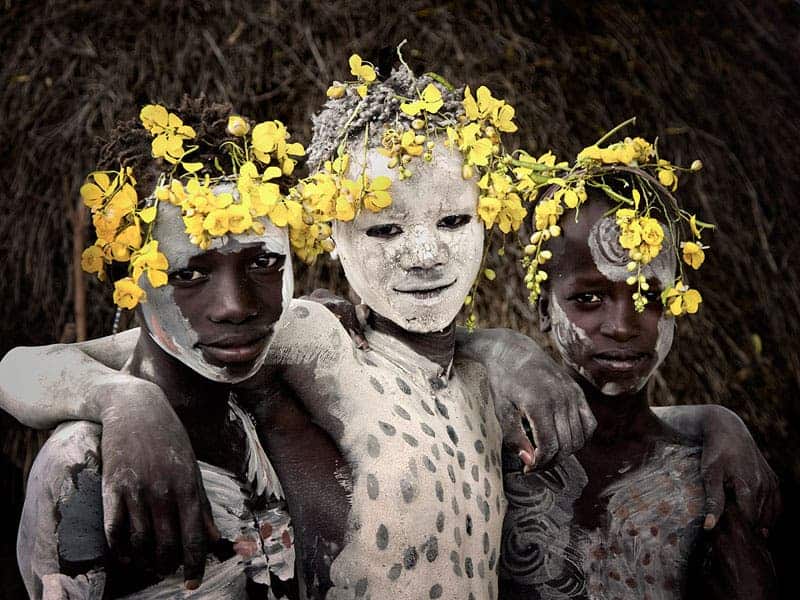 The Karo, or Karonese, are a people of the ‘tanah Karo’ (Karo lands) of North Sumatra and a small part of neighbouring Aceh. The Karolands were conquered by the Dutch in 1906, and in 1909 roads to the highlands were constructed, ending the isolation of the highland Karo people. Their lives were further changed in 1911, when an agricultural project began at Berastagi, now the major town in Karoland, to grow European vegetables in the cooler temperatures. Karo people traditionally lived in shared longhouses, but very few now remain, and new construction is exclusively of modern designs. 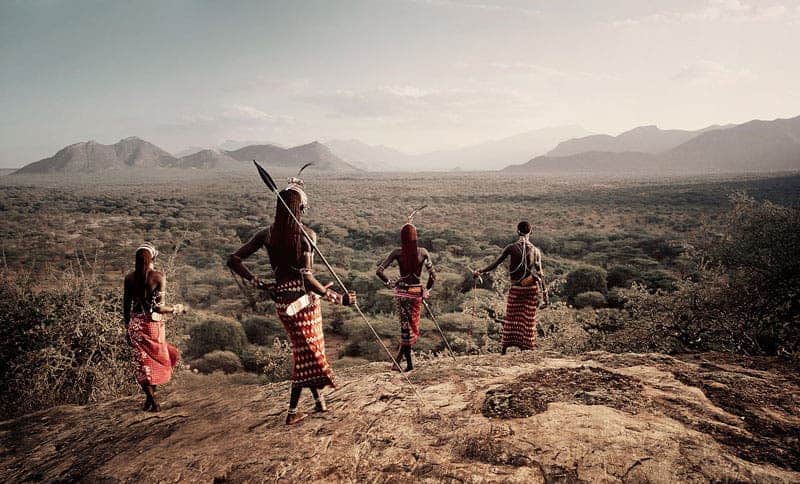 The Samburu are semi-nomadic pastoralists who herd mainly cattle but also keep sheep, goats and camels. The name they use for themselves is Lokop or Loikop, a term which may have a variety of meanings which Samburu themselves do not agree on. The Samburu are a gerontocracy. The power of elders is linked to the belief in their curse, underpinning their monopoly over arranging marriages and taking on further wives. This is at the expense of unmarried younger men, whose development up to the age of thirty is in a state of social suspension, prolonging their adolescent status. 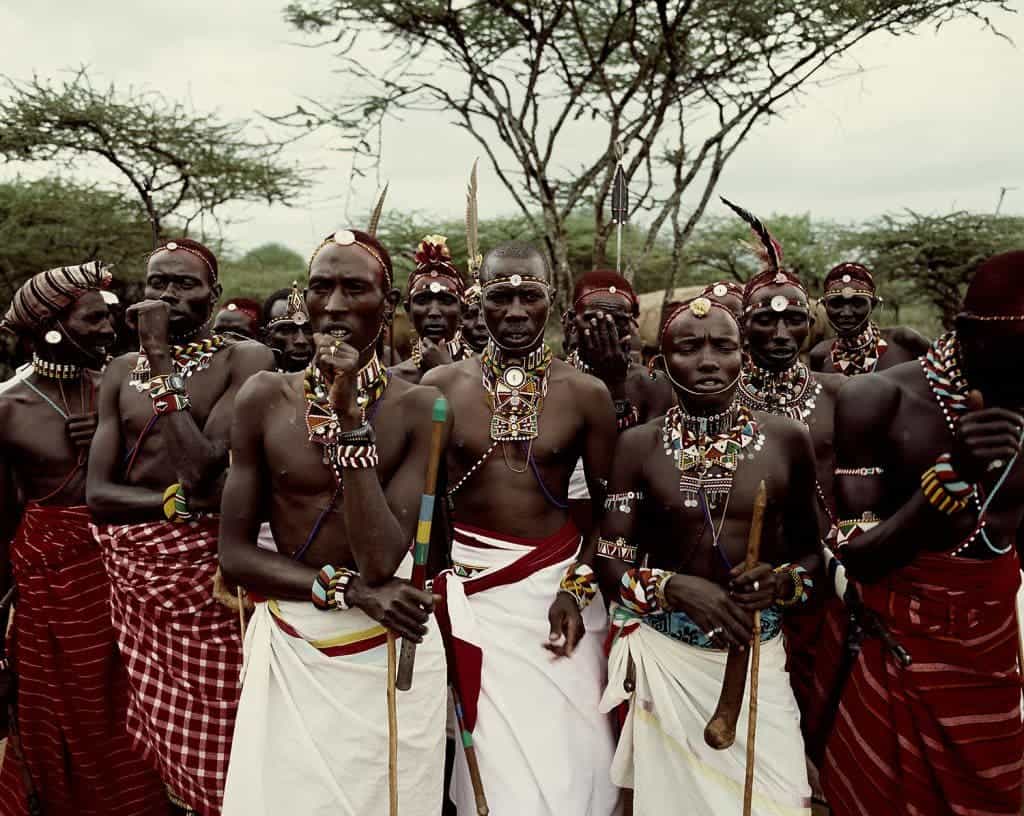 The paradox of Samburu gerontocracy is that popular attention focuses on the glamour and deviant activities of these footloose bachelors, which extend to a form of gang feuding between clans, widespread suspicions of covert adultery with the wives of older men, and theft of their stock. 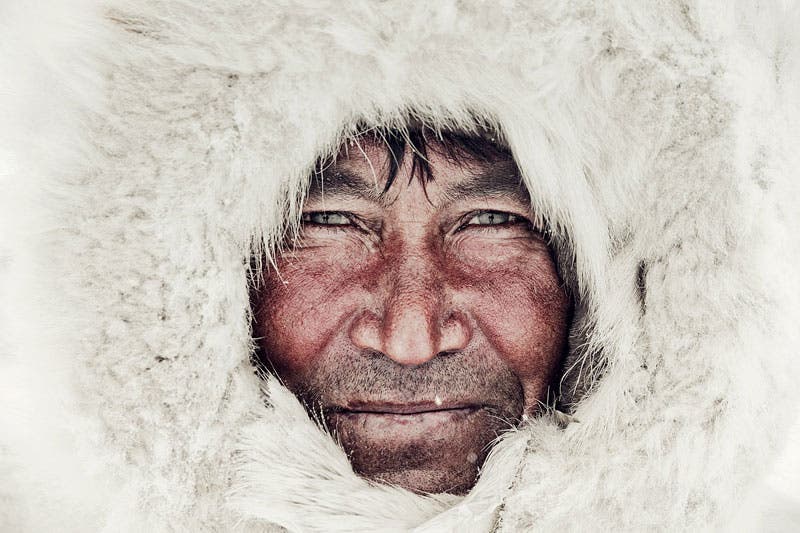 The Nenets are an indigenous people in northern arctic Russia. According to the latest census in 2010, there are 44,857 Nenets in the Russian Federation. They speak either the Tundra or Forest varieties of Nenets. They have a shamanistic and animistic belief system which stresses respect for the land and its resources. They had a clan-based social structure. The Nenets shaman is called a Tadibya. After the Russian Revolution, their culture suffered due to Soviet collectivisation policy. 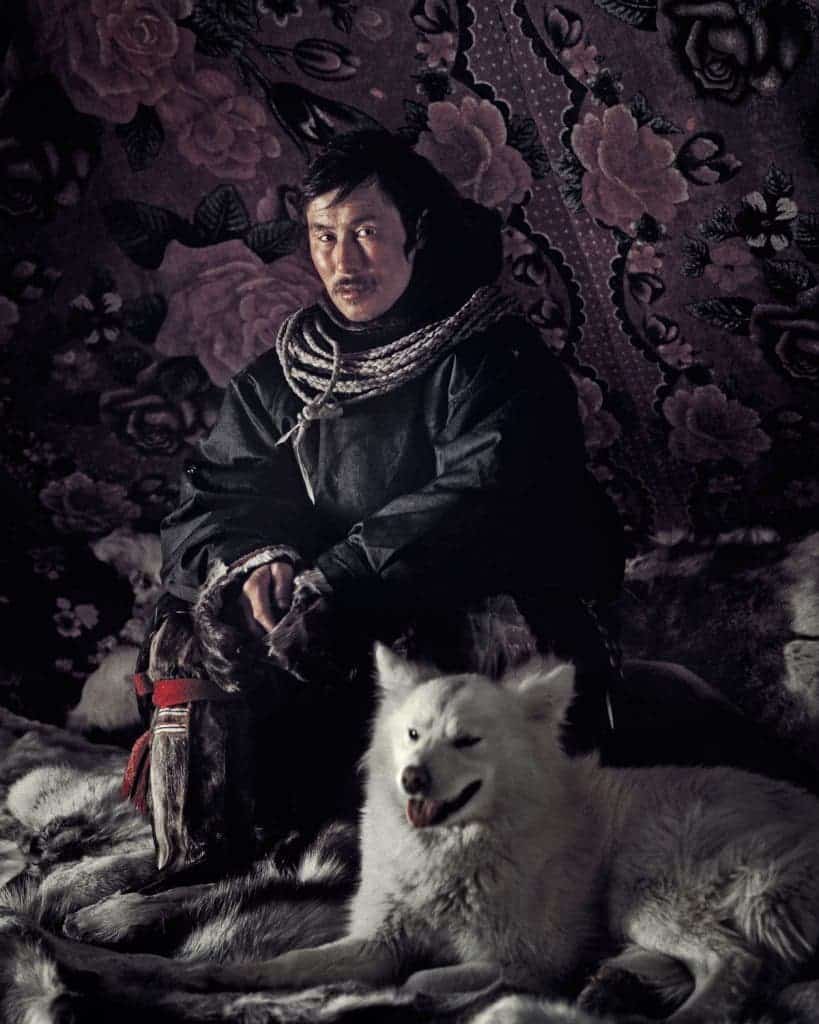 The government of the Soviet Union tried to force the nomadic Samoyeds to become sedentary. They were forced to settle in villages and their children were educated in state boarding schools, which resulted in erosion of their cultural identity. Environmental damage is significant due to the industrialisation of their land. Because of the expansive gas and oil industry, the reindeer pastures are shrinking and overgrazing of certain areas in some regions (Yamal Peninsula) have further endangered the Nenets way of life.