Snake Island – or as it’s known by its official name, Ilha da Queimada Grande is a 430,000-square-metre island some 30 km off the coast of São Paulo, Brazil. It’s famous for (you’ve guessed it) snakes! But this is not your average snake population, this is off the charts – it’s estimated that there’s over one snake per square meter, though no one went there to make accurate measurements (heh). Some Brazilians even claim there are 5 snakes per square meter. 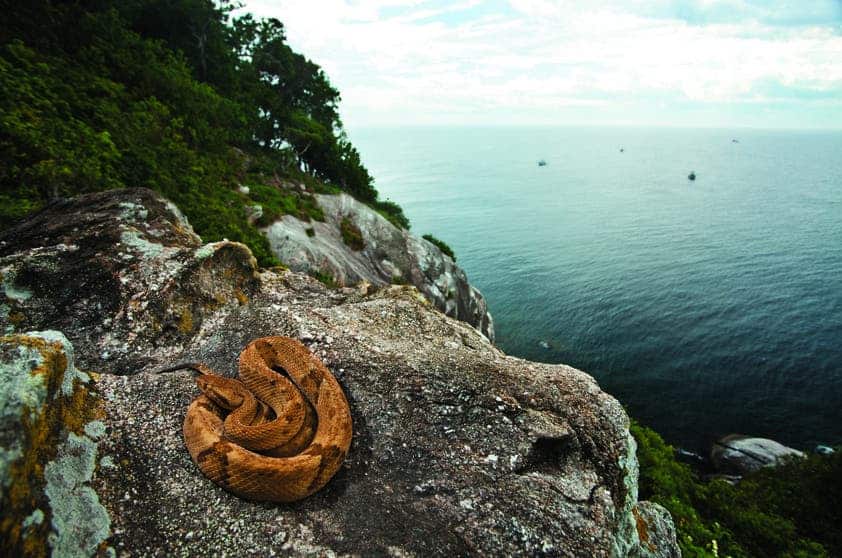 Hey, and it wouldn’t even be so bad, if there were some average, small snakes – but the island is inhabited by some of the world’s most venomous snakes, including the Golden Lancehead Viper (Bothrops insularis); there’s about 2000 of them. The golden lanceheads that occupy Snake Island grow to well over half a meter long, and the venom in their bites basically melts the flesh around it – yikes! As a matter of fact, the golden lancehead is so dangerous that aside from special scientific trips, the Brazilian Navy has forbidden anyone from actually going to the island; and even for scientists, it’s absolutely necessary that a doctor is present on the expedion at all times. 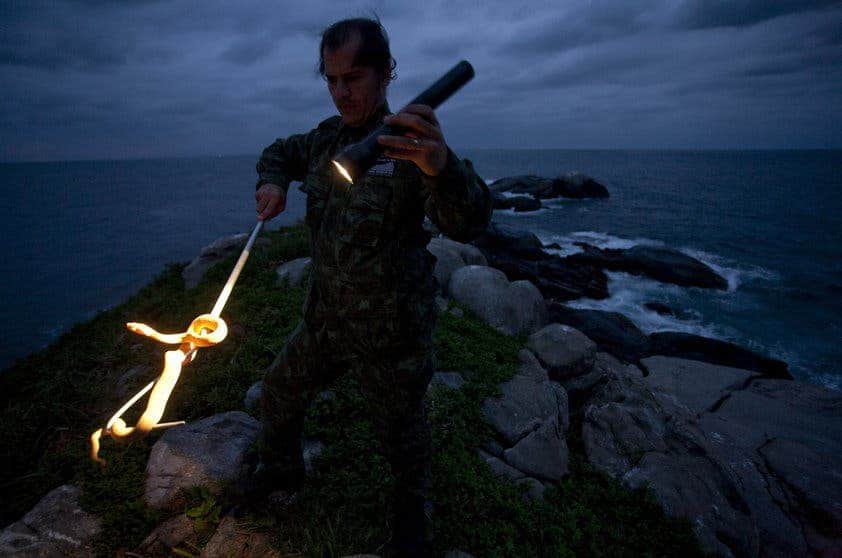 However, there’s another reason why the Navy forbade everyone from landing on the island – golden lanceheads are extremely valuable on the black market, with one specimen going to $30.000 – and believe it or not, some people actually took their chances with this. But the Navy keeps an eye out for this, and actually has people who come to maintain it (cut some vegetation) at regular time, also maintaining the lighthouse on the island. 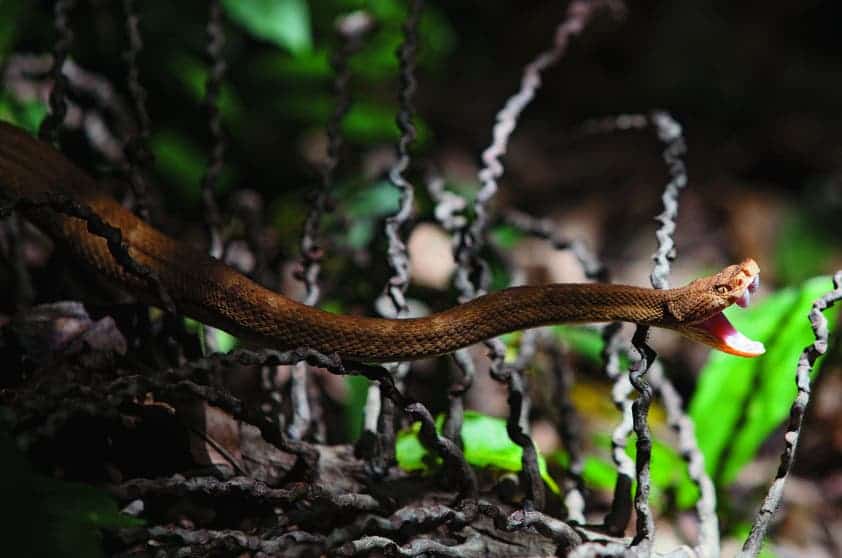 Most snakes are in the trees, because that’s where the birds are – their main source of food. Marcelo Duarte is a biologist who has been studying Snake Island for quite a while and has visited the island for over 20 times. He says that the locals’ claim of one to five snakes per square meter is an exaggeration, though perhaps not by much, and believes that number to be 1 snake / square meter. I don’t know if there’s a record for this, but it’s likely the highest population of snakes / square kilometer. I think it’s safe to say that Indiana Jones would not be happy to visit this island.

But why are there so many snakes there? Well, some 11.000 years ago the sea levels rose and the island became isolated from the mainland – as were the species which were living on it. Since migratory birds were the only food available, the snakes started developing more and more powerful venom, to kill faster. Naturall, there are no people living on the island. As the legend has it, the last people to live there were the lighthouse man and his family – just as they were about to leave the island, they were attacked by snakes from the trees, in 1920. However, there is no historic evidence of that. The light house is now automated. 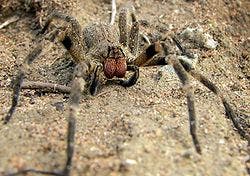 Hey, and is if that wasn’t enough, the island is also home to the most venomous spider in the world: The Brazilian Wandering Spider. Seriously, it’s like Nature is trying to write a big “Stay out” sign. I say we listen to it.