by Mara Bujor
in Health & Medicine
Reading Time: 3 mins read
A A
Share on FacebookShare on TwitterSubmit to Reddit 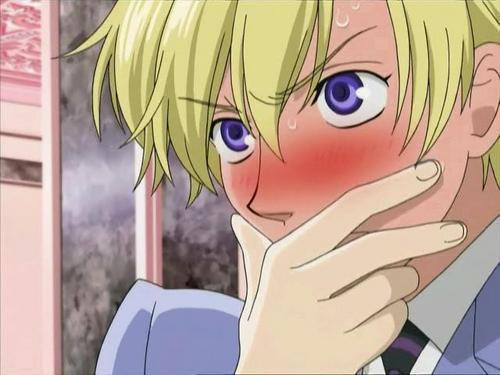 Let’s play a little imagination game: you are a renown professor of psychiatry at an important university and you are offered the presidency of the national society of neurology. However, you’re not quite enthusiastic about all these as the simple sight of one of your students or patients would be enough to make you blush like a schoolgirl. This is not a story created in a moment of unendurable boredom but exactly what happened to Enrique Jadresic from Chile.

Now of course, all of us blush when receiving a flattering compliment or when we have to make a speech off the cuff. However, for some this simple reaction of the body turns into a real nightmare as it triggers irony and comments up to a point when they start avoiding people as much as possible.

And as there is a solution to most problems, in this case it proved to be a simple operation called endoscopic transthoracic sympathectomy; the name may be complicated, but in fact, it only lasts for 20 minutes and involves cutting or clamping a part of the sympathetic nerve, which is responsible for sweating and blushing when stimulated. The nerve stretches from the belly button to the neck, but it can be incised more easily under the armpit.

The cause of this condition, which is also known as erythrophobia,  is mostly believed to be of a psychological nature. In fact, it is a vicious circle: one notices that he or she blushes in some situations, becomes anxious and ends up going red because of these worries. This leads to unpleasant moments especially in ordinary situations as the others might interpret this reaction in varios ways.

Blushing should reach the top during adolescence, but the constant fear of it happening in the wrong moment might in fact cause this reaction to become more intense during adulthood, when it is more likely to cause emberassing situations.

And the cure to all these seems to be psychological too. Even if the operation may help from a physiological point of view as cutting the part which is responsible for the face will prevent one from going red, the biggest effect is on the mind as the patients feel no further worry about blushing; the operation acts like a placebo.

However, don’t rush to the nearest clinic! Like any other forms of treatment there are the unpleasant side effects to take into consideration. As patients were no longer able to sweat from their face, more than half of them started to sweat more abundantly from other parts of the body, some even having to change their shirt 6 times a day. Chronic pain and damage to the nerve supply to the eye were also reported by one in a hundred patients. However, according to the professor any drawback is insignificant as the problem is solved and social life suddenly becomes less stressful.

Still, some worries remain as many people who should not normally be operated may choose this method wihout trying any other and reduce their anxiety. This is why psychiatric screening is undergone before giving green light to operation, which should be considered the last solution.