Halloween’s Over. Time to Think Diabetes.

The household goblins have just about finished their bags of Halloween candy, so let’s talk about diabetes. Some countries (Canada, New Zealand) start November with Diabetes Awareness week while the entire world is asked to remember the disease on November 14.

Diabetes is a brute of a disease – causing heart disease, kidney failure, blindness, and death. For almost a century, it’s been partly controlled by painful needles and restrictive diets. But some new discoveries are changing that, as we’ll see in a moment.

Most of today’s diabetes epidemic has been self-inflicted. Our abusive culinary habits have fattened our bodies and weakened our ability to digest sugar. Human bodies did not evolve to handle 150 pounds of sugar a year. As recently as the year 1700, sugar consumption in Europe was barely 7 pounds a year. Before that, our ancestors survived on even less. It was a lucky hunter who gathered combs from a bee tree or found a thick patch of sweet berries. 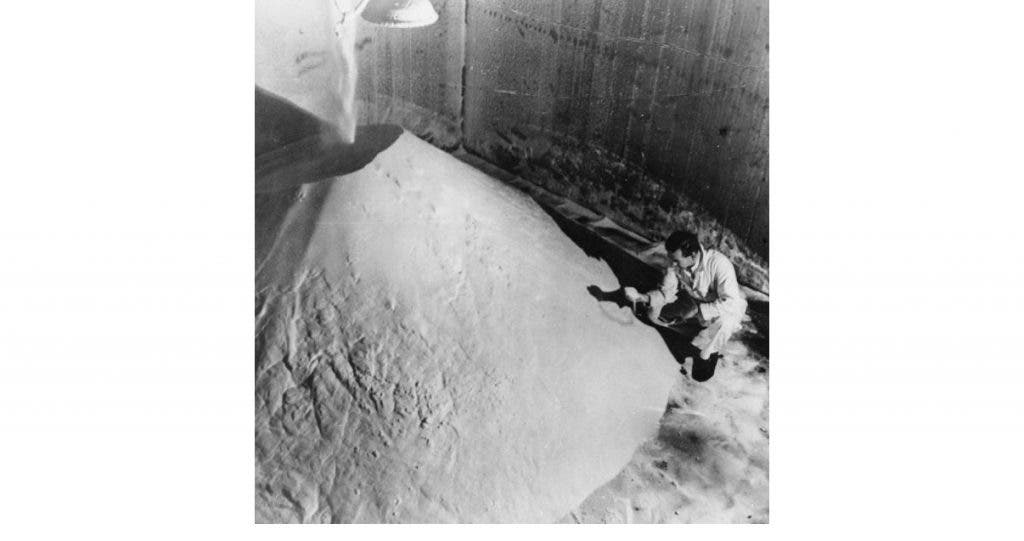 Yes, it’s sugar. Enough to feed a family for a year or two. (Wikipedia)

Our bodies evolved to use the hormone insulin to metabolize glucose, turning it into energy. The system works best when sugar is consumed in small doses. But when eaten in gooey chocolate bars, candy corns, and milk duds, insulin production is thrown into overdrive. The pancreas, which makes insulin, can’t keep up. The overworked organ begins to fail and glucose rises in the bloodstream.

An estimate 387 million people have diabetes. Rates are highest in the Caribbean and the USA where 250 people are diagnosed with diabetes every hour of every day.  The diabetes rate is climbing fastest in developing countries. Uncontrolled and undisciplined use of cheap sugar can cause obesity and diabetes.  A lifetime of sugar abuse can destroy pancreas function, causing Type 2 diabetes.  But there’s also Type 1 diabetes, which often results from genetic or degenerative pancreatic failure entirely unrelated to lifestyle choices. In both cases, an individual’s ability to work and enjoy life is seriously impaired. Until now, treatments have relied on shots of insulin. These help balance bloodstream glucose, but are not always available and not always at the right dose. And the shots can be annoying or even painful.

Before insulin was discovered in Toronto in 1920, there were no treatments. Diabetics lived much shorter and much more difficult lives. Children were especially vulnerable. Doctors recognized the role sugar played in the disease, so patients were put on highly restricted diets. This extended lives a few years, but the treatment was so severe some patients in the 1800s died of starvation.

The isolation of insulin and development of the new treatment gave Canadian researchers the 1923 Nobel Prize. Frederick Banting and his team treated diabetic dogs with insulin from healthy dogs. Their experiment worked. Months later, the first person received insulin therapy. In 1922, 14-year-old Leonard Thompson weighed just 65 pounds when admitted to Toronto General Hospital. He was drifting in and out of diabetic comas and would have died without injections of insulin. His symptoms were eliminated within days. 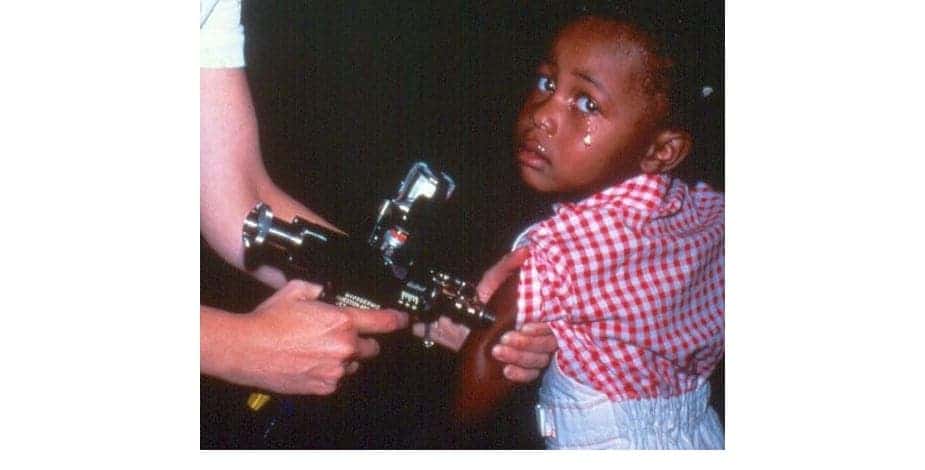 Insulin injector jet – not as bad as it looks?  (Wikipedia)

The insulin which saved Thompson’s life was isolated from a healthy dog’s pancreas. Allergic reactions occurred until Bertram Collip, from the University of Alberta, found a purification process. Insulin was refined from a variety of mammals. Pigs soon became the chief donor. Fifty years later, in 1978, scientists used recombinant DNA to make synthetic insulin from genetically modified bacteria and yeast. Millions of pigs were saved and insulin was more affordable. Today, the goal is to get the human body to make its own insulin in the right amounts.

Here are some of the latest ideas in treating the killer:

Dimmer Switch. In September, 2015,  University of Alberta scientists announced that they had found a “dimmer switch” or molecular pathway, which controls how much insulin is produced and released. Learning how to manipulate the molecular switch could help control Type 2 Diabetes.

Inactivity Physiology.  More than 1,000 papers have been published in the field of inactivity physiology since 2005.  Since 90 percent of the U.S. population does not exercise, the role of activity and prevalence of Type 2 Diabetes was examined. Many with the highest risk of developing diabetes are elderly, obese, or have mobility or heart conditions. Doctors are devising ways to help these people be more active and reduce their diabetes risk.

Transplants. This is still a tough one. Although a system (The Edmonton Protocol) was developed in 1999, it takes two or three recently deceased organ donors to supply the million pancreatic islets needed. When the surgery is successful, children with Type 1 diabetes are cured and need no further treatments.

Blue Light Special. In 2014, Nermeen Youssef, a fifth-year PhD candidate at the University of Alberta, won international recognition for her idea of using blue light to stimulate genetically-engineered fat cells to secrete insulin. This could have huge implications for Type 1 diabetics.  In unrelated work, others are using blue light flashed from LEDs to turn off insulin pumps if a Type 2 diabetic is becoming overdosed with insulin.

Genetic Engineering. Seen by some as the ultimate solution to diabetes, stem cells differentiated into islet-forming pancreatic cells may be the best treatment, especially for children born with Type 1 diabetes. The National Institute of Health describes recent success with mouse models. The human thing shouldn’t be too far behind.