Protein levels determine whether you’re a blond or a brunette, study shows

Even the tiniest DNA changes could have a crucial impact on our genome,

by livia rusu
in Genetics, News
Reading Time: 3 mins read
A A
Share on FacebookShare on TwitterSubmit to Reddit

A study from the Stanford University School of Medicine has found that certain protein levels determine whether you’re a blonde or a brunette. 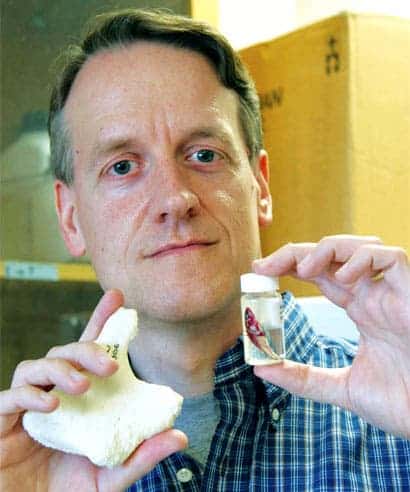 For the first time, the molecular basis for one of the most important physical human traits was described, outlining that even the tiniest DNA changes could have a crucial impact on our genome, which has possibly affected the evolution, the migration and even the course of the history as we know it today. David Kingsley, PhD and expert in developmental biology, declared that:

‘We’ve been trying to track down the genetic and molecular basis of naturally occurring traits — such as hair and skin pigmentation — in fish and humans to get insight into the general principles by which traits evolve, and now we find that one of the most crucial signaling molecules in mammalian development also affects hair color.’

A protein called KITLG, commonly known as a stem cell factor, was found to be encoded in the genes whose expressions are regulated in the DNA. Turns out that a single change in the DNA according to this biological procedure is responsible for major physical traits, such as the predominantly blond hair of Northern Europeans.  This change was found to affect only the level of KITLG in hair follicles.

Another result of the study concerns the tissue-specific, small changes in the expression of genes, whose effect can be morphologically noticeable. Connecting specific DNA changes with specific clinical prototypic outcomes is clearly laborious, as the study conducted by David Kingsley and led by Cathrine Guenther (PhD) underlines. To be more specific, the change is called ‘subtle’ because it occurs over 350, 000 nucleotides away from the KITLG gene itself and its impact on the amount of gene expression is no bigger than 20 percent. The procedure involves replacing an adenine (a single nucleotide) by a guanine on human chromosome 12 and its impact is believed not to be significant, taking into consideration that, when it comes to gene expression, the scale is only referred to as ‘on’ or ‘off’.

Adaptive changes are often the result of variations in the level of regulatory regions controlling gene expression and not necessarily within the coding regions of the gene itself. His explanation of the result is that:

‘in this case, it controls hair color. In another situation, perhaps under the influence of a different regulatory region, it probably controls stem cell division. Dialing up and down the expression of an essential growth factor in this manner could be a common mechanism that underlies many different traits.’

According to the researchers, there were a number of clues leading to the fact that the regulatory regions could be of increased importance in deciding the hair color, such as that (1) the adenine-to-guanine nucleotide change was already associated with blond hair color in Northern Europeans due to previous genome-wide studies and (2) the large mutation in lab mice (called inversion) usually affects multiple nucleotides near the KITLG gene, given the fact that the mice with two copies of the mutation, one for each chromosome, are white, while the ones with a single copy of the mutation are significantly lighter, as we previously explained.

‘Because this nucleotide switch only effects the KITLG expression by about 20 percent or so, it would have been difficult to believe it would have such an effect on hair color. For that we needed these very carefully constructed, well-controlled animal models. They clearly showed us that this small difference in expression is enough to switch hair color in these animals.It’s clear that this hair color change is occurring through a regulatory mechanism that operates only in the hair. This isn’t something that also affects other traits, like intelligence or personality. The change that causes blond hair is, literally, only skin deep.’