This device could let deaf people “hear” via their tongues

Out of all the solutions which could help deaf people here, this is definitely one of the most creative things I've seen. Researchers from the US have developed an electric mouthpiece that can transmit sounds to people - through their tongues.

by livia rusu
in Health & Medicine, News
Reading Time: 2 mins read
A A
Share on FacebookShare on TwitterSubmit to Reddit

Out of all the solutions which could help deaf people here, this is definitely one of the most creative things I’ve seen. Researchers from the US have developed an electric mouthpiece that can transmit sounds to people – through their tongues.

The device is also cheap, widely effective, and very little invasive. The device uses a Bluetooth-enabled earpiece to pick up sounds, then converts them into electrical signals, and then convert them into vibrations which the users can hear by pushing their tongues up.

The mechanism is fairly similar to how current cochlear implants work, except you don’t need any surgery to implement it. The new mouthpiece also doesn’t require a patient’s auditory nerve to be functional, so it can be used by virtually all people suffering from deafness or similar related issues.

“It’s much simpler than undergoing surgery and we think it will be a lot less expensive than cochlear implants,” said John Williams, a mechanical engineer from Colorado State University, who co-led the project, in a press release. Cochlear implants are very effective and have transformed many lives, but not everyone is a candidate. We think our device will be just as effective but will work for many more people and cost less.” 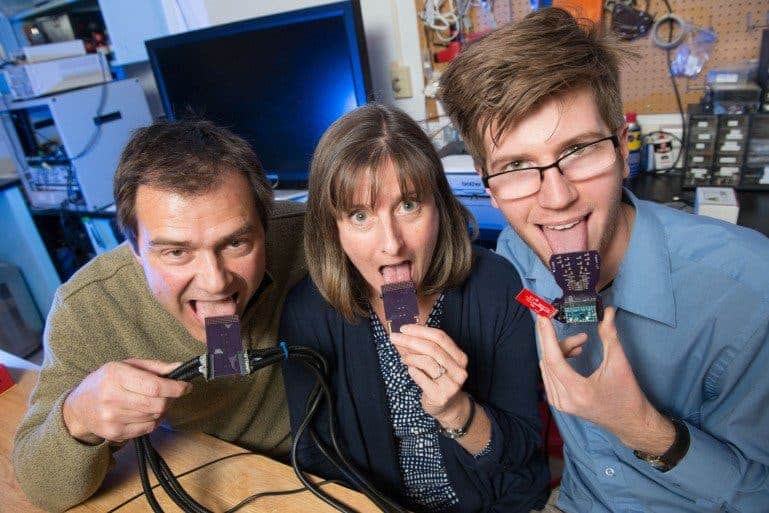 The only downside is that this technology requires some training from the user, but that shouldn’t be much of a problem. They chose the tongue because the tongue is a very powerful muscle with thousands of nerves which can be used.

For this to work, people would have to be taught something like a whole new language, but it’s not especially difficult, and he explains how people could be taught this new language in the video below. This means that people can be taught to translate vibrations on their tongue into words – effectively allowing them to hear. Unfortunately, it will take a long time before this technology can be used by the public, but the prototypes are already ready.

So, what do you think about this? Is it innovative and can help numerous people, or is it just too quirky to work?