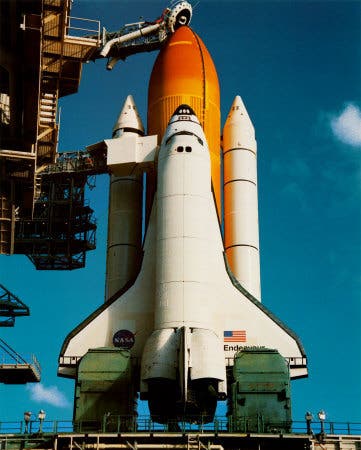 Endeavour was set to take of in a really short time, and everybody was ready for this, but in an attempt to avoid a scheduling conflict with a Russian supply ship headed for the International Space Station (ISS), the launch of Endeavour has been delayed until April 29. The Russian spaceship will be launched on April 27 and will reach the ISS two days later, on April 29.

Endeavour was set to go less than three weeks from now, on April 19, but NASA was forced to delay the launch due to these events. There have also been some fears expressed regarding the recent violent storms that hit Florida’s Kennedy Space Center on Wednesday and Thursday. Officials found “only minor damage” and “evaluations indicate there was no damage to the spacecraft,” NASA said.

The mission will be the last one for Endeavour, which will be retired, just as fellow orbiter Discovery, which went on its last mission this year. It will be led by Commander Mark Kelly, whos brother is also an astronaut and returned only recently from the ISS – imagine the dinner conversations around that table.