Why Lack of LTE Can’t Keep the Nexus 4 Down

Initial impressions and full-fledged reviews of the fresh LG-made Google Nexus 4 smartphone have been pretty harsh, considering the only “fatal flaw” the reviewers see with the latest Nexus phone is that it doesn’t come with LTE support. Is the omission of 4G connectivity really all that bad? We say no. 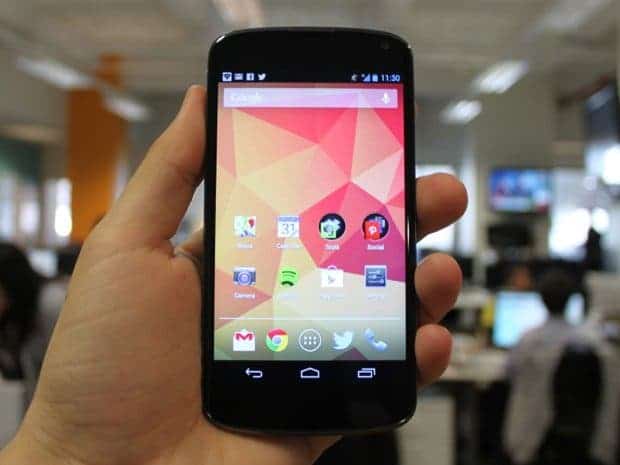 LTE isn’t as Essential as Some People Think

From the time people have been dissing the iPhone for getting LTE connectivity so late to the condemnation of the Nexus 4 for not having this same feature, it’s like 4G is the end-all and be-all of mobile technology. News flash, guys—it’s not. While having the “blazing-fast” speeds offered by this new network is certainly a great thing to have, right now it’s just not as ubiquitous as people make it out to be. Sure, telcos are rolling out LTE across more locations at a rapid rate, but it’s still not available everywhere.

In addition, the LTE data plans we have right now, with all their bandwidth caps, don’t really let consumers make the most out of the technology. It’s such a waste, but it would probably take a couple or more years before LTE becomes mainstream the way HSPA is at the moment. Speaking of HSPA, would you rather have an uber-fast but capped LTE plan or a fast-enough but unlimited 3G plan? With the way people consume content these days—video and music streaming, downloads, video calls, et cetera—it’s all too easy to go through that LTE cap.

As stated previously, unlimited Internet is still king; until LTE becomes cheap enough or loses the bandwidth caps, people will likely still prefer their HSDPA connections—plus, they don’t have to worry about where there are LTE zones. Besides, with practically every corner restaurant or café offering Wi-Fi access, people won’t get to maximize LTE nor justify the cost of getting the service.

Then you have to consider that the Nexus 4 will be much cheaper compared to other flagships. Unlocked off the Google Play Store, the phone is set to cost $299 for the 8GB verison, while the 16GB unit will set you back $349. Is that a good deal? Of course it is. Part of what makes the latest and greatest Nexus so affordable is that it doesn’t have to have an LTE radio.

The Nexus 4 is an All-Around Powerhouse

LTE or not, it’s plain to see that the Nexus 4 is a powerhouse. LG put together a superb mix of specs and gave it a fairly decent body. People will always have issue with build quality and materials used, but we suggest you actually spend some time with the handset to get a good feel for the frame. Besides, you’ll be using a protective case anyway. The Nexus 4 has a 4.7-inch IPS screen with Gorilla Glass 2 and a 1280×768 resolution, good for 320 ppi. It packs an 8MP camera at the back for some high-quality stills and HD video recording, and a 1.3MP front cam for video calls for your preferred personal or Business VoIP service like RingCentral. There’s 2GB of RAM onboard, along with the aforementioned internal memory setups. Standard connectivity options are included, from BlueTooth to Wi-Fi to HSPA+. Of course, there’s no LTE.

There’s a reason the Nexus 4 is on sold-out status right now—the device is simply that good. It’s pretty capable in practically every aspect, affordable, and comes with the stock Android 4.2 Jelly Bean experience. If you’ve been very reliant on LTE since you got your plan, then by all means, stay away from the Nexus 4. The rest of us will be happy to get our hands on it.