A great looking concept released by a Taiwanese company has given us insight into the future of consumer tech.

Polytron Technologies has unveiled a new look at its ‘Switchable Glass’ technology – basically, they’ve created a transparent telephone, using a conductive OLED screen that uses liquid crystal molecules to display text and images. The technology uses electricity to align the molecules on the screen, and the result is that even if the screen is transparent, colors are vivid and clear. 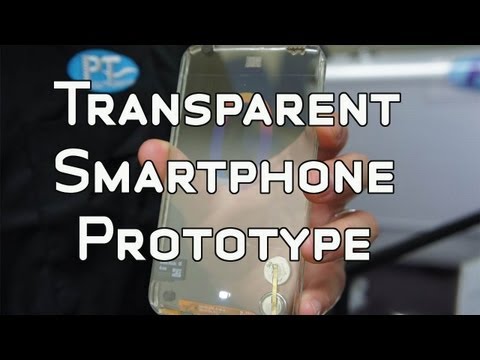 Even if the circuitry and the SD card aren’t transparent, the result is pretty awesome.

The project is not only in its prototype stage, but the company wants to move to the production phase as fast as possible – probably in the end of 2013. They are also working on a tablet with the same technology.

Well I don’t know if I should trust him or not, but I’d really like to get my hands on one of those babies.