by Mihai Andrei
in Tech

For the amateur video editor, Windows Movie Maker is the typical go-to program, but only after a few uses, it’s easy to observe the program’s limitations. The question “What’s the best free video editor?” is discussed all over forums on the internet, but there’s still no definite answer – here are just some of the best alternatives. Keep in mind that better options can always develop, and every product is suitable for specific needs. 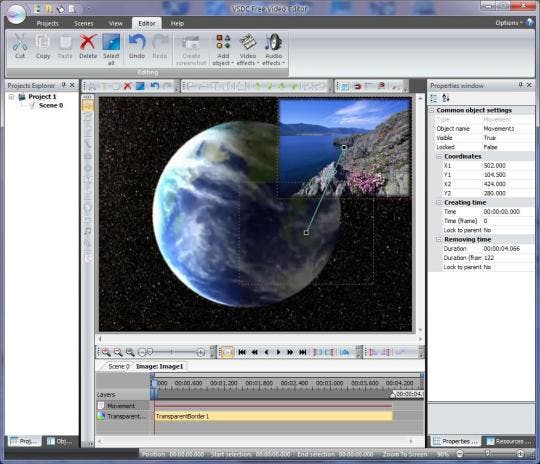 VSDC Free Video Editor looks and feels just like a professional video editor – it’s hard to distinguish it from most PRO softwares – I was actually surprised it’s free. It offers a complete set of instruments for all-round editing and creating of videos, and pretty much everything you can ever want unless you want to go really high end, but in that case, you’ve got invest a lot in your video editing software and Windows Movie Maker can’t help you either.

Herein lies its only true disadvantage – it has a steep learning curve. While I would still recommend it to the first time user, I recommend a little patience in using it. It takes a while to dabble and get used to the myriad of things you can actually do inside of it, but once you get the hang of it, you’re so much better than with Windows Movie Maker. It’s by no means hard to use, it just takes a while, so don’t feel overwhelmed when unknown options are thrown at you.

Feel free to experiment with it, and after you get a hang of it, you’ll be amazed at just how many features VSDC has.

All in all, probably the best free alternative you can find when it comes to video editing, and if you know what you’re doing – definitely the best.

VideoSpin is a very nice alternative also designed for both amateurs and professional. The main functions for which is used are adding text or audio overlays, video effects, 2D transitions, making photo slideshows, deleting unnecessary scenes, uploading ready videos to YouTube or Yahoo! Videos. It also supports pretty much all video formats.

It lacks advanced capability such as fading to sound or replacing the video’s original soundtrack, but it’s easier to get used to than VSDC.

However, the free version has stopped being developed, and you can only get it as a part of Pinnacle Studio suite for $60.

EDIT: The free version is supported once again!

VirtualDub is an open-source software regularly updated by its creator – yes, creator. From what I could find, Virtual Dub is a one man show, and that has its advantages and disadvantages.

It probably has the simplest user interface, highly intuitive and user-friendly, but not so complex. I’d probably recommend it to the not-so-tech-savvy first time user, but more experienced users will probably find its interface unsatisfying. It also features capturing option and has batch-processing capabilities for processing large numbers of files, which I’d like to see implemented in more editors.

From what I could find, Virtual Dub has stopped being developed since 2013, but the latest version (dating from that year) is still available, and it works just fine.