There are Weirder Things to Apple Than You Think 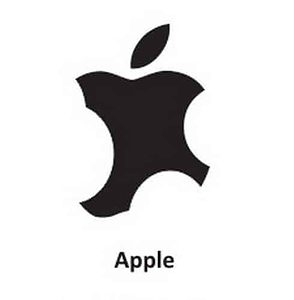 Apple’s products have received much praise and acclaim; and there are living testaments to these feats. But aside from the conventional stories that discuss how the company’s products have changed and improved lives, there’s a quirkier side to this Cupertino, CA-based corporation started by Steve Jobs. Take a look at these interesting stories and find out what kind of impact this powerful brand have had on people.

Reports from Xinhua News Agency cite that a Chinese teenager named Wang Shangkun has sold his kidney for $3,500 to buy an iPad and an iPhone with the money in April 2011. Wang’s mother became suspicious after her son returned home with the costly new gadgets, and the 17-year-old boy immediately confessed when asked about the matter. Xinhua further reported that the teen is now suffering from renal insufficiency and that the five people involved in the harvesting of the organ are now facing charges of illegal organ trading. Wang reportedly made contact with these people through internet chat rooms; the dealer allegedly walked away with $35,000 and Wang received the 10% compensation.

On January 1 and 2 of 2011, tons of people overslept due to an iPhone glitch that made alarms stop functioning properly. It was especially disastrous for a couple who missed a fertility treatment deadline due to the error with the alarm. For those unaware, fertility treatments require different drugs to be injected for several weeks at prescribed days and times; missing an injection can curtail or complicate a pregnancy. Each treatment costs thousands of dollars, and for the couple involved, this single glitch put everything they worked on into waste. A lot of people suggested that they should have set multiple alarms, downloaded a third-party alarm app or have someone send a message on their voicemail number (i.e RingCentral) exactly on the time they should’ve woken up so they’ll receive a push notification; but as they say, hindsight is 20/20.

For a country as small and as less populous as Denmark, size really matters. AFP says Morten Fabricius, owner of a Danish website called Singlesex.dk, held a competition inviting participants to send in photos of their private parts to determine the man with the smallest organ. The rules involved having a measuring tape next to the “member” in the photo. Fabricius said he hopes the competition would enable people to poke fun on the sensitive subject of measuring one’s manhood. An iPhone is up for grabs for the contest winner, while the second and third placers will each win an iPad 3.

A Chinese dude posted one of his projects on popular site Sina Weibo. It features him crafting an iPhone 5 step-by-step using a piece of steel. The poster even joked that he did the handcrafted phone because he can’t afford a real iPhone 5 and at the same time never had the courage to sell his kidney. He created the steel grey look of the iPhone using “chemical water” and got it smoothened by using a polishing machine. He drew the Apple logo and other inscriptions using a pencil while he printed a copy of the menu interface to replicate the screen. If this is an example of what great lengths the Chinese would go to just to create knockoffs, then I’m throwing my hands up.

In an attempt to draw more customers to the new Microsoft Surface, Oprah gives a shout out to the product on Twitter using the hashtag, “#FavoriteThings.” However, the said tweet revealed that she (or her social media intern) was using an iPad – an interesting yet foolish mistake on her part. Social media has gone haywire after the boo-boo, bringing in various queries like “Who makes tech purchase decisions based on Oprah’s preferences?” or “When is a dedicated Twitter app coming out on the Windows Store (so that Oprah would stop tweeting from her iPad)?” Nice work, Oprah (or her social media team)!