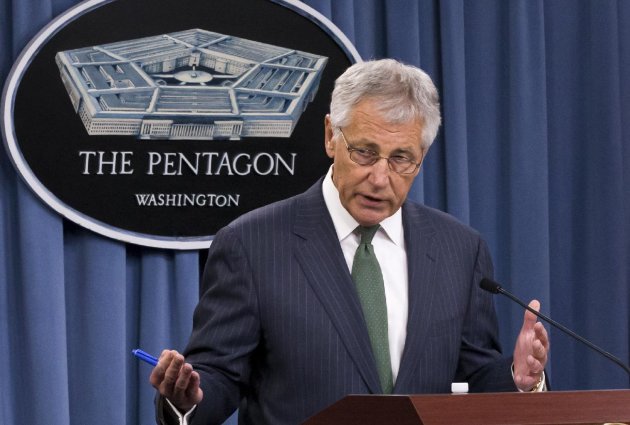 What if real war were as simple as killing bad guys in a video game?

Children have played at war since the days of antiquity.  Nowadays, however, technologies have emerged to obliterate the lines between child’s play and real war.  The Virtual Battlespace Systems (VBS) that the United States Marine Corps (USMC) uses to train recruits borrow heavily from video game technologies, having been developed by a Czech video game studio.  Meanwhile, the drones that rain very real hell on modern battlefields are controlled with pads directly evolved from Playstation and Xbox.

And now it seems the US government has initiated an ambitious new program that will add yet another dimension to this evolving paradigm.

For the past year, the Pentagon’s top research arm, the Defense Advanced Research Projects Agency (DARPA), has been working on a program designed to make the often complex operations of cyber warfare as simple and intuitive as child’s play.

Called “Plan X,” the project’s immediate goal is a touch-screen control panel that allows users to execute cyber effects in a manner comparable to a video game.

The overall objective is simple.  By creating a cyber interface akin to an arcade game, DARPA hopes to permit a broader range of US military personnel the ability to utilize cyber warfare tools as proficiently as they do conventional munitions.

The project is the brainchild of the cyber security expert, Dan Roelker, who likens the military operator using Project X’s cyber tools to a gamer wielding a special sword in World of Warcraft.  “You don’t necessarily know what spells were used to create that sword, right?” he says. “It’s the same type of concept. You don’t need the technical details.”

If Plan X sounds like something from a Thomas Pynchon novel, that is because everything DARPA does is deliberately non-conformal, if not creative.  The agency is, after all, responsible for facilitating research and development efforts for such quirky concepts as powered exoskeletons, flying submarines, and robot insects.

While these ideas may seem like the stuff of science fiction, DARPA has time and again demonstrated the ability and — perhaps more importantly — the willingness to transform far-fetched concepts into reality.  The agency was, in fact, responsible for some of the early research and development that led to the invention of the internet.

“An awful lot of the good stuff we have today is there because DARPA was willing to take a chance on visionary projects,” the late David Waltz told Technology Review back in 2001. “They are the visionary agency.”

To get an idea as to what exactly DARPA executives envision for Plan X, one need only to look at the talent the agency has recruited for the project so far.  For interface and hardware design, DARPA has enlisted the help of Massive Black, a company which is known for its graphics work on Bioshock and Transformers — and Frog Design, the company behind the design of the Sony Walkman and the Apple IIc.

A working prototype of the project’s plumbing is already up and running.  In keeping with Roelker’s original vision, Nick de la Mare, Frog’s executive creative director, says his company had deliberately avoided a cyberwarfare concept for the program’s hardware.  “We didn’t approach it as a cyberwarfare program at all,” said de la Mare. “We approached it as a mapping project.”

Of course, the stakes involved here are much higher than a few tokens on a map.  State-sponsored malware can disable electrical power grids, cripple nuclear power facilities, take out phone systems and public transportation networks, among others.

Plan X aims to provide the US military with a rapid response facility that could cause this much disruption on an industrial scale.

“Plan X is a program that is specifically working towards building the technology infrastructure that would allow cyber offense to move from the world we’re in today — where it’s a fine, handcrafted capability that requires exquisite authorities to do anything — to a future where it is a capability like other weapons,”  DARPA director Arati Prabhakar told reporters recently.

DARPA hopes to award contracts to build the infrastructure for Plan X by October.  If all goes as scheduled, the Pentagon should have its own military-grade version of Angry Birds — complete with a software development kit — some time next year.