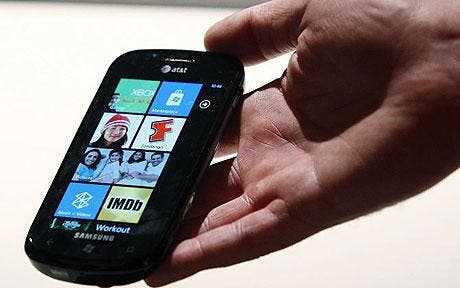 The next generation of mobile OS from Microsoft  will improve communications, apps and access to the Internet, company officials say, at an event in New York City this week, where the company introduced a plethora of new features for its next Windows Phone 7 operating system.

At the NYC event, Microsoft demonstrated some new features that will be part of the updated software code-named Mango, which is designed to make Windows smartphones smarter and easier to use, according to Andy Lees, president of the Mobile Communications Business for Microsoft.

“Seven months ago we started our mission to make smartphones smarter and easier for people to do more,” Lees, said at the event. “With ‘Mango,’ Windows Phone takes a major step forward in redefining how people communicate and use apps and the Internet, giving you better results with less effort.”

Key features demonstrated are enhanced social networking capabilities with built in twitter and facebook integration,  multitasking capabilities that allows the device to run one application while another is also working in the background, while also some of their commercial applications like the built in Bing search engine and Quick Cards, which provides product information.

The new software update is due to be released this fall. Meanwhile, Google is also readying the next release of its Android software called Ice Cream sandwich. And Apple will likely be out with a new iPhone 5 and software update this fall as well.

Some inside pics of the Mango Windows 7 can be seen here.