The iPad 2 to ship officially in 25 countries this Friday 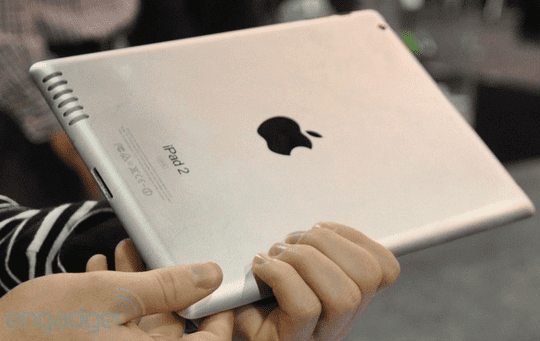 It’s extraordinary what Apple has managed to shape the tech and mobile industry in the last decade. The company has changed the way people listen to music, use mobiles and now how they interact with mobile computing device with the release of its touch pad netbook, the iPad. Last year, 15 million units of the iPad have been sold, and while Apple competitors like Motorola, HP or RIM are still trying to catch up, version 2 of the iPad is set to ship this Friday in Apple stores at 5 PM, and online at 1 AM! Heck, I think I’ve even learned a new word lately, post-PC era. The term is used by Steve Jobs to describe the rising trend of smartphone and mobile computers overlapping conventional PC growth.

Other countries like Hong Kong, Korea, Singapore will be able to gasp in the iPad 2 goodness starting with April.

Surprisingly or not, the situation of the iPad 2 in Japan is a bit complicated, officials stating that they will delay its launch because of the earthquake and tsunami that has ravaged the nation two weeks ago. Apple has not yet announced a new launch date.

“We are delaying the launch of the iPad 2 in Japan while the country and our teams focus on recovering from the recent disaster,” the company said.

Concerning sales, it seems Apple is unable to cope with demands, as pre-sale astronomical figures have been reported. Apple expects to sell 5 million units in Q2 alone, and in the long-run it hopes to move 43.7 million iPads for 2011 and 63.3 million in 2012, says industry tracker iSuppli.