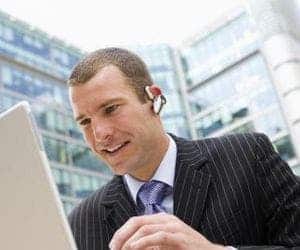 Having access to fluid, seamless communication is very important to virtually every industry. People need to communicate their colleagues, regardless of whether we’re talking about schools, businesses, or anything else. That is why people welcome and appreciate any technological innovation that can improve the methods of communication — and we’ve had quite a bit of innovation in recent years.

So, if you’re looking for ways to improve the way you communicate with people that matter to you or you are a business owner that looks for technological tools that can help the company, below are some of the basic technologies that can contribute to remote communication.

Mobile phones have been around for many decades now, and they’ve come a long way. It was in the 1990s when the first Smartphone was created and introduced to the market. Then, it was in the early 2000s, they became a hit to consumers. Smartphones are mobile phones that run a built-in operating system. It means that these mobile electronic devices are capable of faster computation and much better connectivity.

According to a market study by Nielsen, 50.4% of consumers in the US were using smartphones in March 2012. As of 2021, over 97% of Americans own at least one smartphone.

One of the main reasons why smartphones have become wildly popular is its sophisticated features. One is its touch-screen feature. By just doing some taps and slides, users can easily access and enjoy the different functions of a smartphone. They don’t have to waste time clicking several buttons on the keypad just to send a short text message or make a call.  Features that also attract millions of customers are the camera and applications.

Nowadays, there’s an app for anything, and connectivity has never been better.

The Internet is relatively a new technology. It was developed during the 1960s and the idea started from Leonard Kleinrock (although many internet pioneers played an important role to bring the internet to what we see today). Today, people around the world enjoy the benefits of the Internet. With it, anyone can easily do a research about almost anything. It is also possible to send mails via the electronic mail or simply email.

One area that Internet had a huge impact and influence is in businesses. In particular, there is now Voice over Internet Protocol or VoIP which is optimized by businesses to really enhance their phone systems. What’s even better, businesses now also have access to unified communications, which integrate business communication and collaboration apps and services into a single platform. On the other hand, there are also thousands of businesses that use fast fiber internet to transact or close deals. For example, it is now possible to book a flight by just visiting the website of the airline company.