To know one’s self, pealed of all superficial, worldly thought, stripped to one’s essence and core is a state that few people truly reach. Chances are that most of the people you know that bluntly assert they fully know themselves are just as insecure as you or me; they’re just hiding under a cover of artificial self-confidence, based on external stimuli, rather than intrinsic. Knowing one’s self is the first step onward the path of enlightenment, the same path great wise men across history like Buddha, Jesus or Socrates took.

Once you truly know who you are within and become connected with the rest of the world, life will hold a different meaning. You will feel less inclined to race the world, like a salmon up-river, instead as you accept life as it is, you’ll soon find yourself following its course unaltered, like a leaf drifted by the Amazon’s current. Frustrations, self-conditioning, narrow purposes will cease to be adjoincent to you. This is what every man should reach; but, like I said, this is no easy task. 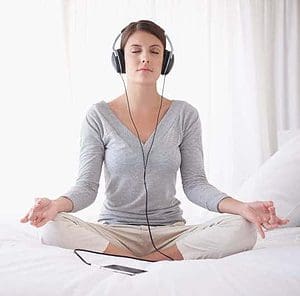 Most of the great, truly enlightened minds of the world went on a self-knowledge journey, which translated in an initial period of solitude. You don’t need to become a hermit or live in a cave to experience fragments of your inner, true self, however. A deep state of meditation, brought in by intense introspection, will certainly help you unravel certain aspects of your inner self that had been beforehand well protected under a shroud of social programming, fear, and comfort. Lucid dreaming is considered an excellent shortcut, although it generally requires training both to reach the state and manipulate it towards reaching vital answers, unique to every individual.

Back to meditation, however. A deep meditative state requires cleansing of the mind. It’s said that when one manages to become completely absent of thought, and  makes room for void, then enlightenment will shine. Now, since the passage requires a serene environment, a place where you feel very comfortable and is quiet would be perfect; however, against common expectation your meditation setting doesn’t have to be all that quiet at all. The sweet, calming rumble of a nearby river, the gentle sound of a branch slowly undulating at the caress of the wind, and of course music.

Self-knowledge music is all about an amalgam of sounds that resonate with the individual and helps him enter a relaxing, trance-like state. The idea that music helps meditation is far from new, and goes well beyond offering a relaxing state. Traditionally, in no buddhist lineage is it mentioned anywhere the use of music to accompany meditation sessions; it’s a modern approach, instead, commonly used by “healers” which employ it to induce serenity in sessions. It’s actually developed into a whole new genre, called “meditation music”, with a number of emerging artists and a slew of albums to select from.

Far from conventions and mainstream, meditation music is far from distracting or artificial sensations, instead it offers the forefront which might aid you in reaching self-knowledge.