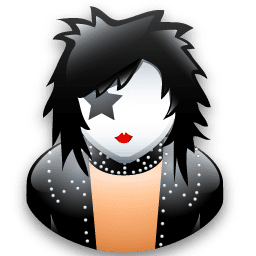 Some technologies rock our worlds with game-changing innovations. New inventions sometimes also impact our lives with permanent change and leave us awestruck with their sheer ingenuity. These are groundbreaking achievements that do not only improve on current technology but also open up new and endless other possibilities. When applied to industries and their various businesses, such new and innovative technologies change the world and the way we think.

“Rockstar” is stature pop culture invests on people, groups of people, technology, innovation, organizations, and game-changer ideas. You have probably encountered this term applied to many other things outside of the bounds of rock and roll subculture celebrity. It’s easy to understand why. Rockstar celebrity has always been associated with rebellious glam, breakthrough creativity, and its potential to impact the world with positive change. Media is fond of stature giving and it is the predominant source of iconic celebration. So when media ascribes rockstar status to technology, our belief systems go with the change. Rockstar technology is all about benchmark technology. The kind that ups the ante on invention, reinvention, creation and — consumer fascination.

We have witnessed tremendous amounts of technological change in the past 20 years to believe that we have enough rockstar material going for us to last 200 more. When digital technology blew the game wide open via the web, we had to move on and change with the times. We had to make ourselves literate again. We had to teach ourselves new languages, new ways of seeing, using, channeling, timekeeping, and harnessing thoughts and ideas online. Refusing to do so will only make us poor illiterate tech dinosaurs unfit to survive and prevail in the current millennium. We have to change, period.

Rockstar technology is the standard by which all succeeding innovation will be measured against. We work amid the most efficient ones around and these are the following:

When you say rockstar, you talk about industry accolade of preferential treatment status. There will always be a certain amount of glamour to go with the trappings of mainstream celebrity. It is a one-way street that only goes forward. Similarly, its creators dress it up with a flair for high fashion. Like good old rock and roll, whatever music rockstar technology plays — everybody dances!