by Mihai Andrei
in Tech
Reading Time: 3 mins read
A A
Share on FacebookShare on TwitterSubmit to Reddit

Despite numerous problems, Research in Motion (RIM) isn’t doing as bad as you might think; they just announced two new BlackBerry Bold smartphones on Monday that run on a new BlackBerry 7 operating system and include near field communication (NFC) support. 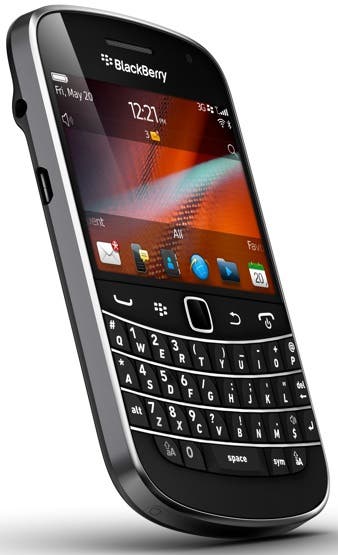 They will be the most powerful (1.2 GHz processors), but also the slickest (at 10.5 mm, about .4 of an inch thickness) yet from RIM, who made the announcement at the biggest annual conference in Orlando on Monday.

An official price tag has not been yet released, but they will be both out this summer, so we’re probably going to find out really soon exactly how much these beauties cost. Having to fight competition from Apple and the ever growing Android, the new BlackBerry 7 OS is designed for an easier and faster user experience with improved browsing, voice searches and the ability to manage a user’s personal content separate from the user’s corporate content, which should be extremely useful for the ever present busy but in touch client.

RIM has long announce the separation of the business and the personal, and they have even bragged about it, for good reason it you ask me. Smartphones are not only for the cool guys who must have the best gadgets, and they’re also not only for the busy guys who need the apps and connectivity – they’re for both, and not only. But with these new Bold smartphones, things will go even further: they are perfect for companies, because they allow IT managers to easily strip off corporate content from the smartphone if the employee decides to leave the company, and they can also restrict the user’s ability to transfer this data.

Blackberry 7 OS also gives a unique way of handling Powerpoint, Excel and Word files; they also announce they have fixed the browsing system, which has been one of their biggest problems ever, with many users reporting unfriendly and even unpleasant experience, with slow speeds and awkward zooming. RIM said they fixed the issues, as well as adding just-in-time JavaScript compiler to improve the load time for Web pages, and support for HTML5 (even HTML5 video).

Bold smartphones will feature 2.8-in. touchscreens as well as the already classic QWERTY keyboard. Armed with the 1.2 GHz processors, they will weigh a meager 130 grams (4.5 ounces), and will have 8 GB of internal memory, allowing a micro SD slot that can go up to 32 GB. The 9900 is a tri-band phone for HSPA+ and GSM/EDGE, while the 9930 is a Dual Bank CDMA/EV-DO Rev. A, Dual Bank HSPA+ and Quad Bank GSM/EDGE device.

All in all, it seems to be all good for RIM, and if these improvements would have been made a few months ago, they would have absolutely rocked; however, at the moment, the competition is much, much harder to take on for them, especially as Google seems to be all over the place, and more and more users opting for Android. Also, they don’t bring anything new to the table, they just fix some of the already existing issues, which isn’t a plus per se, but it’s just not a minus anymore. That being said, I for one am eager to see the new Blackberry Bold phones in action