by Tibi Puiu
in Tech
ADVERTISEMENT 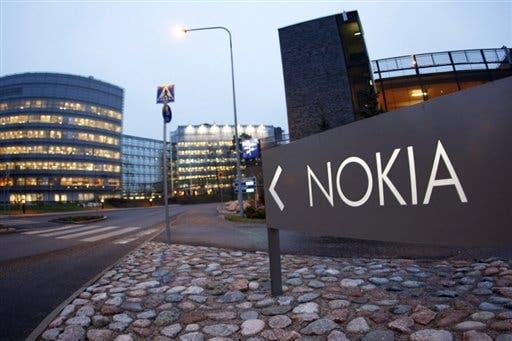 If you had asked someone on the street five years ago anything about mobile phones, most would have answered that there are only two types: Nokia and the rest. Times change and in a fast evolving technological environment like the mobile market you need change with them, otherwise you will die as a company. In the last few years the Finish mobile phone manufacturer had a really tough time competing with the other major producers, especially on the smartphone plane were they’re models, especially the N series, took a beating from the iPhone, RIM’s Blackberry’s or the Android OS phones.

Although significantly weakened, Nokia is still the global leader thanks to its almost monopole on the cheap phone market, being the leading mobile phone brand in developing countries. A Helsinki press release also reports the company return to profit in the year’s third quarter, boosting an unexpected 529 million euros (741 million dollars), far outstripped the expectations of analysts polled by Dow Jones Newswires, who on average predicted a net profit of less than 300 million euros. Also, Nokia shares jumped 7.25 percent to 8.28 euros shortly before closing on the Helsinki stock exchange, which was up 2.76 percent, as investors flocked as a consequence of the company’s marked improvement over the 559 million-euro loss it posted for last year’s same quarter.

Even so, albeit Nokia’s return to an ascending profitability curve, the company announced an extreme 9% layoff of its employees, firing 1800 people, as part of their new strategy of shelving the Symbian OS for the more advanced Qt framework. It all came as a result of the naming of a new CEO last month, after Nokia crowned a new CEO, Stephen Elop, who took the place of Olli-Pekka Kallasvuo, hold responsible for decreasing Nokia’s market value in half during his four-year reign.

Elop, a former Microsoft executive and the first non-Finish Nokia CEO, has made turning the company around his number one priority, as he tries to get the mobile leader back in the smartphone game. Too little, too late? Maybe, but the Nokia has both the resources and the name to make it happen. Nokia progress will be very interesting to follow…