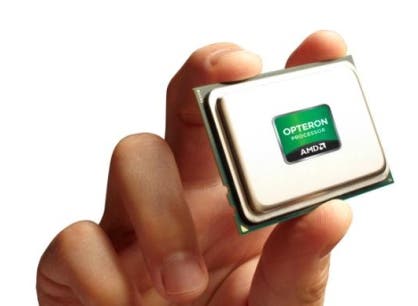 AMD has been getting pounded in the past few quarters, having its market share ever thinned at the hands of Intel. The company is now ready to turn things around once with the official release of its new models from the Opteron series – Opteron 6200 and 4200 Series processors, formerly code-named “Interlagos” and “Valencia.”

Both Opteron models will ship in various performance configurations, from 4 to 16 cores, offering up to 73% more memory bandwidth. An important advance in the line is the new chips’ power consumption efficiency, as well as their smaller dimensions. Typically, the new Opterons require 2/3 less floor space and up to 2/3 lower platform price.

“The reality of the world is that most mainstream business markets purchase middle-range processors, rather than the highest-end, priciest chips available,” Lewis said.

“Opteron offers more performance at a more reasonable price than Intel. Plus, AMD actually carries a consistent set of features across products lines, and doesn’t ‘de-feature’ processors going down the stack. As such, we feel that Interlagos and Valencia are well positioned to provide an optimal performance metric at a very good price point.”