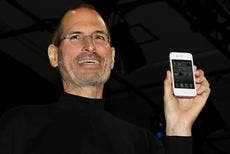 According to Reuters, inside Apple officials who prefer to remain anonymous due to the current scarce information on the product so far released by Apple, have hinted that the much awaited iPhone 5 will ship starting this September.

We’ve known for some time now that the product will be officially out sometime at the end of the year, but because of the recent calamity in Japan where Apple outsources most of its components, like touchscreens and memory, there has been a lot of voiced concerned regarding a delay.

The production of the new iPhone will start in July/August and the smartphone will look largely similar to the iPhone 4, one of the people said on Wednesday. The Apple iPhone was introduced in 2007 and since then it’s been considered the golden standard in temrs of touch screen based mobile devices. It’s popularity is sene financially as well, being responsible for a third of the companies profit sales, with more than 16 million sold in the last quarter of 2010 alone.

It’s likely Apple may divulge details of a fresh iPhone at this June’s Worldwide Developers Conference in San Francisco.