Your heartbeat will charge your phone in 5 years 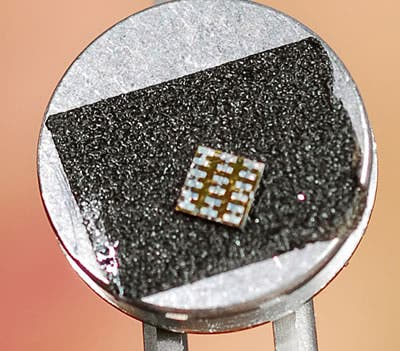 Batteries ? Ha, no way, batteries are so last century. Nanogenerators, that’s the future. At least that’s what Apple believes. Nanogenerators powered by nothing more than your heartbeat could replace the classic battery in no more than five years, according to researchers working on the matter.

In a world ruled by 4G smartphones, touchscreens, portable computers, finding way to keep everything charged is a nightmare, and causes problems for pretty much everybody. But what if we could find the needed power without doing nothing at all ?

Dr. Zhong Lin Wang and his team of researchers at the Georgia Institute of Technology have developed tiny nanogenerators that rely on very small movements to generate power – enough power to charge a phone, for example.

“This development represents a milestone toward producing portable electronics that can be powered by body movements without the use of batteries or electrical outlets.”

Wang’s new device is thousands of times more powerful than previous generations. “If we can sustain the rate of improvement, the nanogenerator may find a broad range of other applications that require more power,” he said. “Our nanogenerators are poised to change lives in the future,” Wang said. “Their potential is only limited by one’s imaginatio

These nanogenerators work using zinc oxide nanowires, which generate electric current when strained or flexed, which means that if they are sensible enough, they can generate current with the smallest kind of movement – walking, breathing, even rolling your eyes, not to mention the wind. Wang expects nanogenerators to be in stores in about five years.