It was obvious from the start Mountain OS was going to be popular in the Apple fan crowd, but few people expected it to be this popular. With stricter system requirements, working only on models newer than mid 2007 which had 2GB of memory and 8GB of available space, it was going to be really interesting to see how it goes – and it went just great. 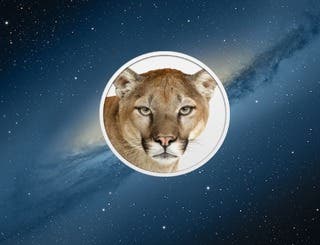 Apple announced Mountain Lion has been downloaded over three million times in the four days since it was launched, making it the most successful MAC OS launched so far. Apple believes the operating system owes its success to the massive amount of new features that Mountain Lion features; as you may or may not know, it has over 200 new features, most of which were created to make it much more suitable for social networking, with built-in integration of Facebook joining the already built-in integration of Twitter. This kind of move was definitely expected, and as we’ve already gotten used to, you can rely on Apple to make the first move in the social direction.

However, Apple staff was quick to point out that the success is also owed to the Mac App Store – many users upgrading because they wanted to take advantage of the new features as well as the ones that are added all the time. As more people buy the new MacBook Pros and MacBook Airs, it will be interesting to see how well Mountain Lion performs over the next few months; you can probably expect the number to go at several tens of millions of downloads by the end of the year, especially as a big part of the market is still a fan of Apple – and Apple fans die hard, despite the fact that many Mac users are reporting that installing OS X 10.8 (Mountain Lion) is causing a major drop in battery life on MacBook Pros and Airs