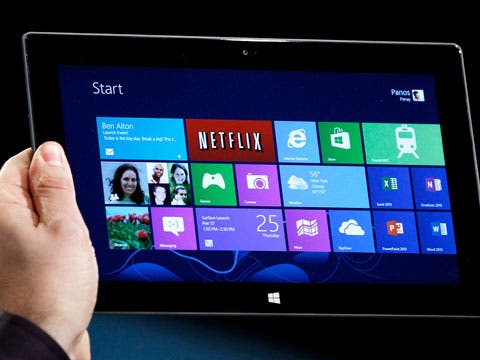 Microsoft officially announced that it has sold 40 million licenses for its latest operating system, Windows 8, a month after its October 26 release. Tami Reller, Chief Marketing and Financial Officer for Windows, revealed the figure during a speech at the Credit Suisse 2012 Annual Technology Conference.

The announcement at the venue came shortly after Microsoft disclosed that they sold four million upgrade licenses to Windows 8 in its first few days of availability, thereby outpacing its predecessor, Windows 7, in terms of upgrade license sales.

Additionally, Reller presented a comparison of early sales figures for Windows 8 and Windows 7. She revealed that Microsoft sold more licenses for Windows 8 than it did previously with Windows 7, where they only sold 60 million licenses two months following its release.

There is no word yet from the top Microsoft honcho as to how Windows RT and Surface RT fared in the market. It could be remembered that RT – or the mellowed-down version of Windows 8 – also came out around the time when Microsoft unveiled the new flagship OS. Reller did announce, however, that the Surface Pro, a Surface version that will run on the full Windows 8 (the “Pro” version), will be made available on January 2013. This version will be slightly bigger and will bear an Intel chip instead of the usual ARM chip that Windows tablet devices typically run on.

Reller also discussed other matters and fielded questions pertaining to Microsoft’s current state of affairs, including the company’s design philosophy, the positive reception the new OS and tablets have received, and some organizational issues. Presented stats reveal that Microsoft has certified 1,500 PCs and tablets for Windows 8, up from the 1,000 devices certified in the previous month during its launch. Also, apps on the Microsoft Store has reportedly doubled since launch and a number of apps have successfully crossed the $25,000 revenue mark within the given time period.

The event is Reller’s first public appearance after being named as one of Microsoft’s two chiefs for the Windows unit and after the shocking departure of Steven Sinofsky, the other exec in charge of Windows 8 (who was also widely regarded as future successor to CEO Steve Ballmer), from the company due to personal reasons.

The early sales numbers presented, while nothing short of solid, were not as impressive as expected for the new touch-friendly OS. Prior to its release, the tech world was quite abuzz with how Windows 8 is going to create further division in market shares and provide a fresh rivalry for existing head-to-head competitors Apple and Google, the two clear dominators in today’s mobile computing arena.

But while early sales are encouraging, it’s still too early to tell whether this all-new, radicalized version of Windows is a winner or not – at least not yet. Over time, people will eventually adapt to the changes and use Windows 8 for basic functions like sending email or internet fax like RingCentral and for hardcore activities like video editing and Java programming. Whatever the case may be, there is no denying the fact that Microsoft is back on the money train and it cannot be stopped anytime soon.