Is a single disk wipe enough to secure an SSD drive?

by Contributing Author
in Tech
Reading Time: 3 mins read
A A
Share on FacebookShare on TwitterSubmit to Reddit 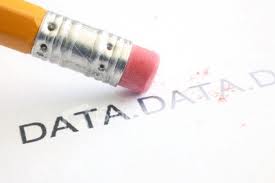 The growing use of Flash memory for storage with top end devices now available in the Terabyte region, has brought on the need for ever more effective technologies for not only recovering data from a Flash drive, but also for effectively wiping them. There are a number of important differences between legacy mechanical hard drives and Flash drives which can affect data security. The technologies are completely different – mechanical drives use a magnetic surface which can be has polarized and store the zero or one of a binary digit. Flash drive use Solid State memory which is basically a silicon chip which is capable of retaining the position of the gates which can be open or closed and represent binary accordingly. Most memory devices have gates (transistors) inside which require an electric current to retain this data by maintaining gate positions as open or closed to store binary numbers. Switch off the power and the gates all close (or open) and all the data is lost completely. In a Flash memory drive, the gates do not require a constant current to maintain position so they can be powered off and retain their pattern of open/closed gates; i.e. your data – so the data is stored – but for how long – and what about disk wiping for security?

Not economically viable to re-purpose?

An issue with mechanical drives has been that repurposing drives that contain sensitive data – and that includes many business drives and certainly all government and financial institution drives – have to be wiped before they can be used again. The wiping process required by the US government requires that data be overwritten many times before the drive can be re-used. This is because magnetic surfaces are made up of many layers of have atomic material and when a drive is wiped only the upper layers are reset. IBM once reported they had recovered data fully from a drive that had been overwritten 7 times in a wipe process!

The question now is what is the situation with Flash memory – how secure is it – does a single wipe/overwrite make it secure? As it only takes a few moments to wipe Flash memory you would think that there would be little issue in running a 100-wipe process that would really clear off the drive. This would wear devices out too quickly – especially where flash memory chips are concerned as these would have to be cleaned/wiped regularly.

The Move Toward SED

The trouble is, as with mechanical drives, Flash memory has a fixed number of read/writes before it starts to deteriorate, better to simply shred them into pieces and dispose of them. That means new drives will have to be purchased more frequently as the old ones cannot be re-used – an environmental dilemma. The answer is to move toward SED (self encrypting drives), a process that is now slowly on the uptake in enterprise, but one which will probably be a mainstay of future storage. Whatever the future holds, todays flash drives are just as much in need of recovery as secure wiping so if you wiped a drive in error, SalvageData Recovery might be you next best call!