Why a mini iPAD wouldn’t be a good idea

by Mihai Andrei
in Tech
ADVERTISEMENT

We’ve been recently bombarded with rumours about a new, mini iPAD. Apple has neither confirmed nor denied these news, which means it’s almost certainly true, but it leaked, despite their wishes. So let me sure if I get this right: iPADs were made because iPhones were too small for a tablet use, and now they want to make mini tables and make them small again? Makes perfect sense! 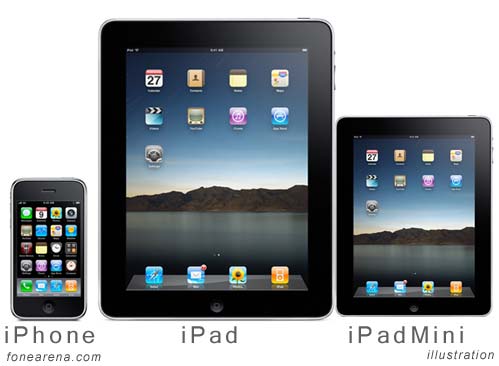 This being said, I think I understand what they’re going after; the iPAD has it good, being by far the best selling tablet device in the world, the 3rd generation sold even better than previous ones, and there doesn’t seem to be anything wrong with them. But what they want to do is access the masses – those who just don’t want to spend $500 USD for a device which they might break when they fall asleep on the couch.

But there are issues with this thinking. The main problem is that no matter how you spin it, it’s still going to be expensive. Sure, it won’t be as expensive, but it will still cost some serious bucks, so you’ll only get those people who want to spend say $300, but not $500 – that just takes out a big chunk of your market, from the start. The only thing you can really do here is tap into the school market – if it’s cheap enough the door might open for the school universe, but Android is pretty solid in the spear-heading position, and schools don’t really care about your brand like that cool hipster from Starbucks does.

Then again, there’s the big problem with Apple: free data; one of the big reasons why people don’t buy Apple products is that some tablets “free” 3G internet connectivity, that connectivity subsidized by advertisements – and Apple would never do that, of course, mini or no mini. So, what do you think, does a mini iPAD have any chance of making it big?