I have to say I’m not surprised by this one bit, India has announced the latest in a long standing series of cheapest products: the cheapest tablet computer, priced at just $35. In the same series we should also include the $2000 Nano car, the $2000 heart surgery and the $15 water purifier. 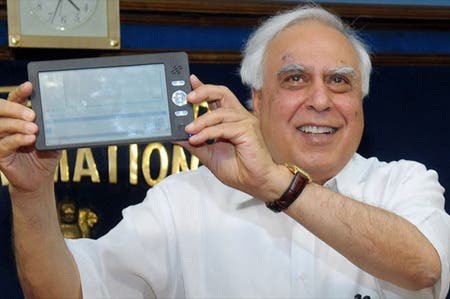 Developer DataWind, which manufactures the tablets is selling them at $45 for the government, but subsidies will help it get to $35 for students and teachers. Datawind says it can make about 100,000 units a month at the moment, not nearly enough to meet India’s hope of getting its 220 million children online.

The launch of the product was applauded by India’s youngsters, and even though almost nobody believed in the producers, they were very happy to see it hit the shelves.

“People laughed, people called us lunatics,” ministry official N.K. Sinha said. “They said we are taking the nation for a ride.”

This is the first major breakthrough in a project that has been lasting for already five years and that has the goal of creating a ten dollar computer. Even though that goal hasn’t been achieved yet, there are numerous reasons to believe that this will be soon in reach.

The Android 2.2-based device has two USB ports and 256 megabytes of RAM, and there is a lot of hype of it being powered by solar power in the nearby future. Still, this will definitely shake things up on the market, as it is several times cheaper than even the average tablet.

“The intent is to start a price war. Let it start,” Tuli said, inviting others to do the job better and break technological ground — while still making a commercially viable product.

I for one am extremely happy to see this happening; computers will, in my opinion, significantly accelerate the development of India, and give a major boost to education, even in areas where money is scarce.

“A person learns quite fast when they have a computer at home,” said Shashank Kumar, 21, a computer engineering student from Jodhpur, Bihar, who was one of five people selected in his northern state to travel to villages and demonstrate the device. “In just a few years people can even become hackers.”